OK, I crumbled. For a month now, since its publication in the middle of September, I've been seeing hardback first editions of Le Carre's latest, Our Kind of Traitor, in the local bookshops. Except none of those first editions, not even on the day of publication, were first impressions: by the time the book arrived down here in Lewes it was already on its third printing. So for weeks, the new Le Carre has sat on the shelves of WHSmith's and British Bookshops, calling to me with its buffed copper dustjacket, taunting me with its tarty half-price offers, but always ultimately disappointing me whenever I picked up a copy and discovered the dreaded numeral '3' on the copyright page.

Finally, I could take no more. I caved, and bought this online: 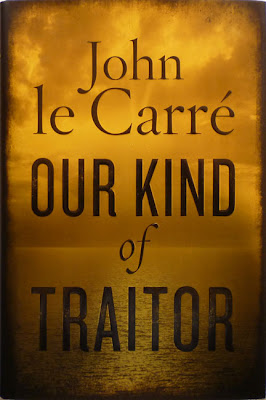 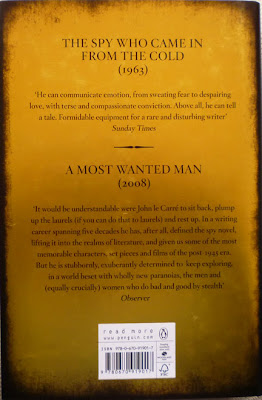 A first edition, first impression, with the magic number '1' in the indicia. But not only that. There's also this: 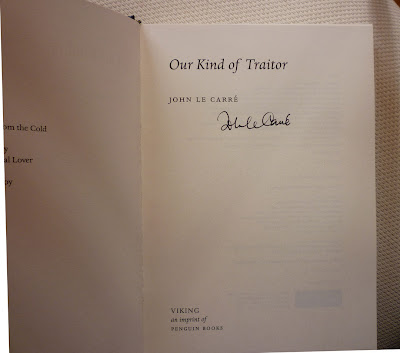 Yes, it's a signed edition. I didn't realise Le Carre signed books as Le Carre, which is of course a pen name (his real name is David Cornwell). But apparently he does. Anyway, luckily I managed to find a copy from an Amazon Marketplace dealer – the same fellow behind the Firsts in Print website, I think – that only set me back the full price of the book, which, considering signed true firsts are going for all sorts of daft prices on eBay, could've been a lot worse. And even though Our Kind of Traitor falls firmly under Roly's broad brush assessment of later Le Carre, it's still a new Le Carre, and when I've been on such a Le Carre kick of late, it seems to churlish not to get his new one. So I have.
Posted by Nick Jones (Louis XIV, the Sun King) at 09:50