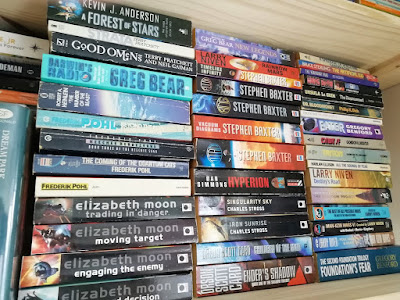 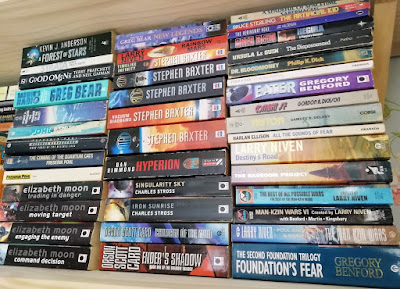 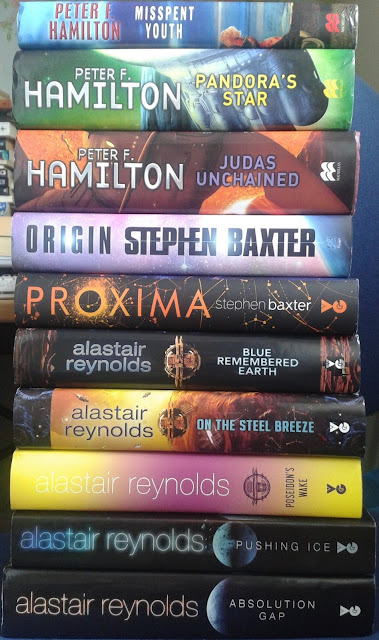 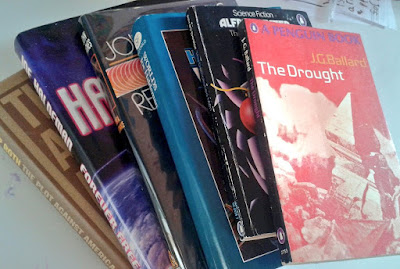 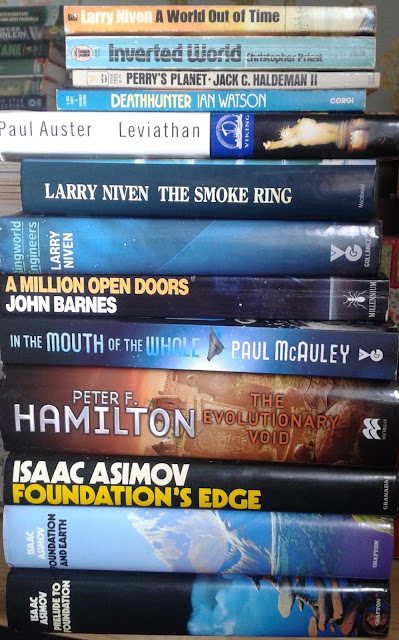 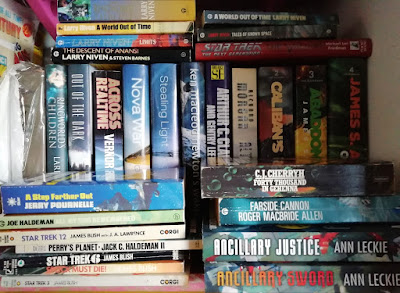 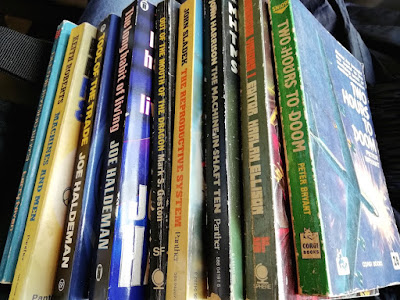 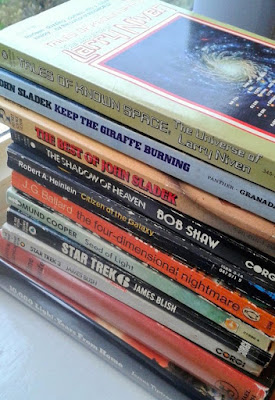 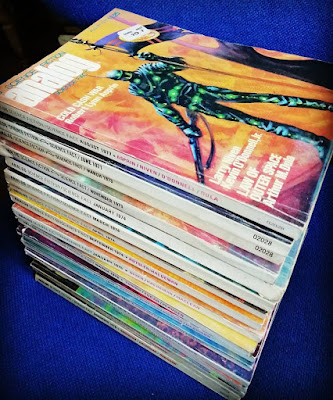 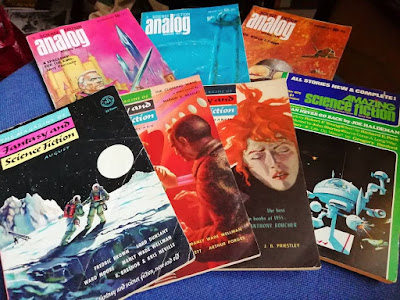 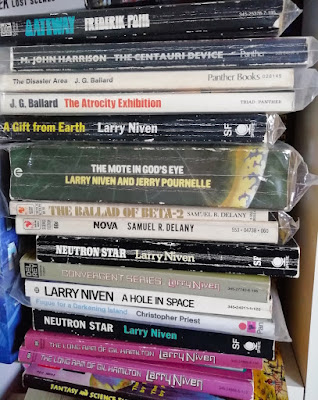 Raft by Stephen Baxter
The Diary of a Bookseller by Shaun Bythell
Absolution Gap by Alastair Reynolds
An Entity Observes All Things by Box Brown
Tales from the Hyperverse by William Cardini
Across the Sea of Suns by Gregory Benford
Starship Troopers by Robert A. Heinlein
Forever Free by Joe Haldeman
The Forge of God by Greg Bear
Anvil of Stars by Greg Bear
A World Out of Time by Larry Niven
Tales of Known Space by Larry Niven
The Long ARM of Gil Hamilton by Larry Niven
Protector by Larry Niven
A Gift from Earth by Larry Niven
Neutron Star by Larry Niven
Spock Must Die! by James Blish (see Star Trek Magazine #69, out now, for my review)
Ringworld by Larry Niven
The Mercenary by Jerry Pournelle
He Fell into a Dark Hole (in Analog) by Jerry Pournelle
Planet of Judgment by Joe Haldeman (see Star Trek Magazine #70 for my review)
The Mote in God's Eye by Larry Niven and Jerry Pournelle, plus prologue in A Step Farther Out, and and missing first chapter in Infinite Stars.
Timelike Infinity by Stephen Baxter
The five Shaper/Mechanist stories in Ascendancies by Bruce Sterling
Es*Ef by Phil Elliott, Darryl Cunningham, Glenn Dakin, Paul Duncan and David Thorpe
Kingdom by Jon McNaught
XTC69 by Jessica Campbell
DC Nuclear Winter Special by various
Gateway by Frederik Pohl (still reading)
Posted by Nick Jones (Louis XIV, the Sun King) at 16:15 5 comments: