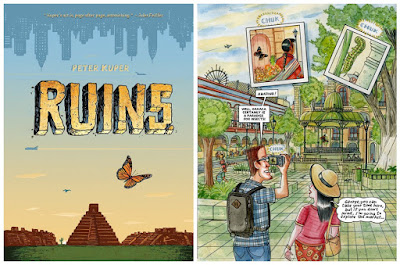 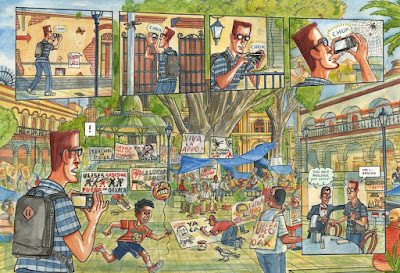 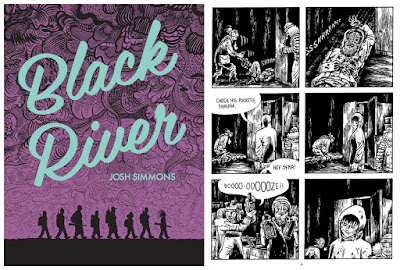 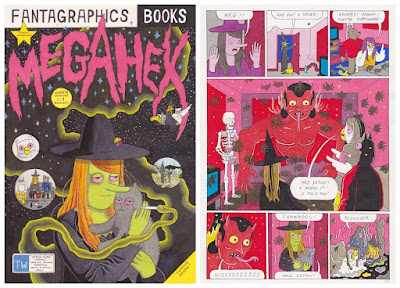 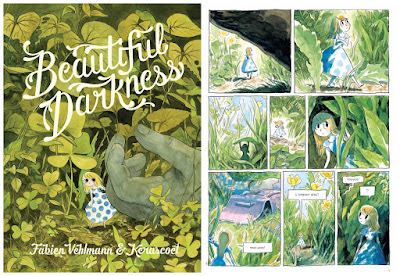 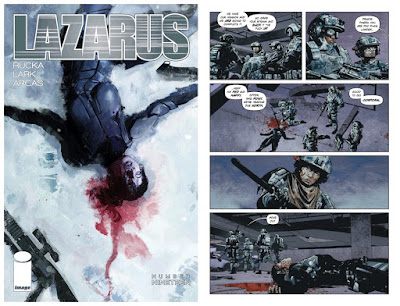 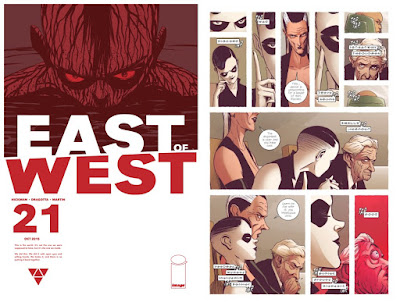 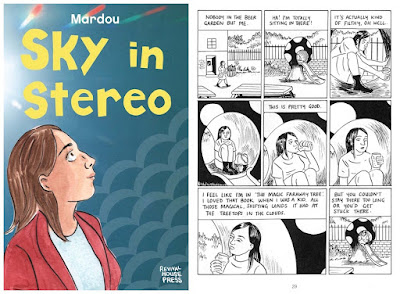 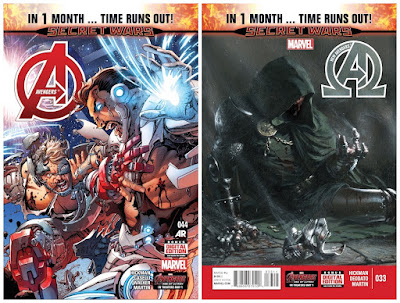 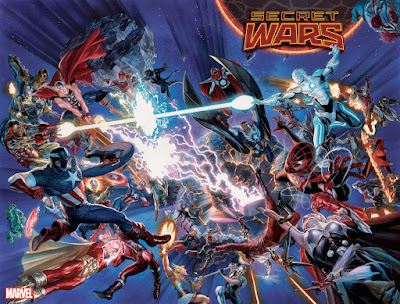 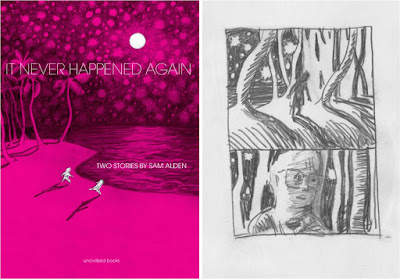 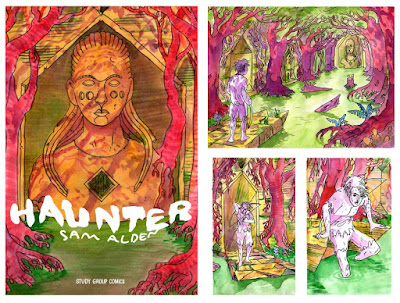 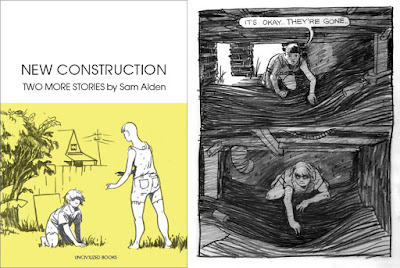 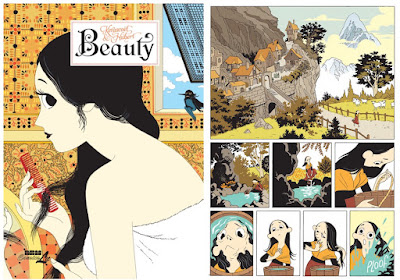 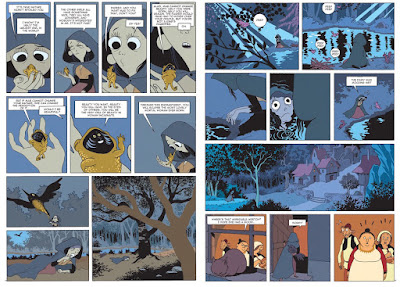 Rich, rewarding, arresting: those were the kinds of words I used to describe Beauty when I wrote about it back in April, and my opinion hasn't altered since. In fact fuck it: I might as well go the whole hog and quote myself: "The story of a peasant girl who gets more than she bargained for when she's granted exceptional beauty, and set against a backdrop of grandeur, squalor and the changing seasons, [Beauty] shows how man's basest desires cause wars to be fought and kingdoms to fall. So it goes."
Posted by Nick Jones (Louis XIV, the Sun King) at 04:45 1 comment:

The Books, Graphic Novels and Comics I Read in 2015: Big Long List(s) 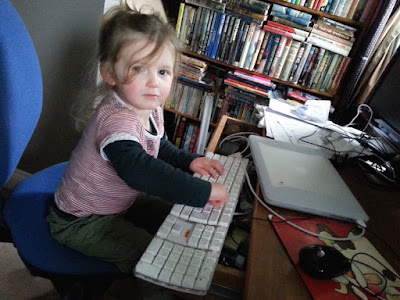 With Christmas fast approaching and the end of 2015 not far behind (as is traditionally the case), I know there'll be one question on the collective lips of Existential Ennui's ever-dwindling readership: Will we have to endure another one of Nick's tedious essays detailing the dubious and likely spurious achievements of this 'ere blog over the previous twelve months? To which the answer is, thank Christ, no. The odd decent post aside (a handful of Patricia Highsmith missives; a well-received guide to the Heinemann Library Edition of Graham Greene; and, latterly, reasonably thorough posts on Jimmy Sangster, Brian Cleeve, Donald MacKenzie and Elmore Leonard) it's not exactly been a banner year for blogging chez Existential Ennui, even compared to 2014 – fewer posts and with markedly less substance to many of those posts – and since I didn't inflict a year-end round-up on my meagre readership last year, it seems perverse to do so this year. Plus, y'know, I really can't be arsed anyway. (Remind me: Why do I bother blogging again...?)

However, I am inclined to assemble a big long list of the books I read this year, as I've done every year since 2010 – except in a change of programming from previous years, this time I've elected to also include the various comics serials I read in 2015 (but not the children's picture books I read – and reread, and reread – with Edie this year – of which there must have been over a hundred – nor the various books and graphic novels I read for work purposes), and to break the big long list up into three not quite so big long lists – comprising books, graphic novels and those aforementioned comics – both for ease of reference and in order to better reflect the breadth, if not the depth, of my reading. 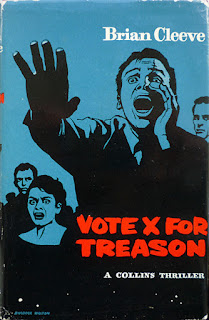 Combining the novels (twenty-eight), short story collections (two), works of non-fiction (two) and graphic novels (forty) I make that a grand total of seventy-two books, which is more books than I've managed to get through in any single year since I started keeping a record of my reading; although as I read many more graphic novels this year than in previous years, and graphic novels tend to be quicker reads than novels, that total perhaps isn't as grand as it might at first appear. As for my comic book consumption, that's probably about the same as it has been – both in volume and the kinds of titles I read (predominantly Image-published ones) – for the past few years. 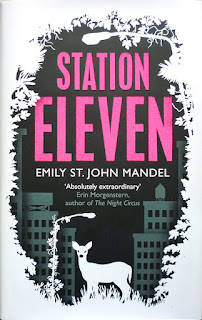 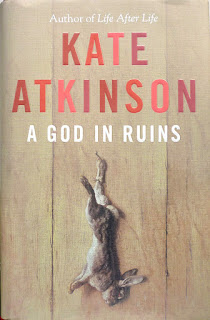 Of the novels that I read, around half were classic spy fiction of one type or another, and most of the rest were classic crime fiction, with the exceptions of Carol, Station Eleven and A God in Ruins, the latter two of which were the only newish novels I read this year – as opposed to the graphic novels that I read, where well over half were published in the last year or two. (The remainder were largely ones I'd had sitting in my loft unread for some time.) There were also four books, not listed, that I started but didn't finish (for various reasons): Kingsley Amis's The Old Devils and ​Collected Poems 1944–1979, Geoffrey Rose's Nobody on the Road and Mike Ripley's Just Another Angel. 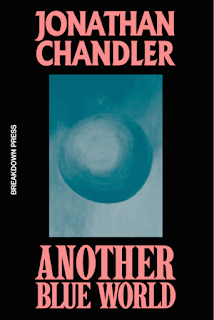 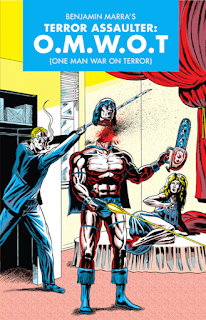 Now, what I've tended to do in previous years is to choose my ten favourites of all of the books that I read, whether it be novels or graphic novels or whatever, and put together a top-ten-of-the-year post. However, seeing as I read so many graphic novels this year, for a change I thought I'd test my by-now virtually non-existent readership even further by picking my ten favourite books and my ten favourite comics/graphic novels and doing two posts instead of one. Will there be anyone still reading Existential Ennui by the time I'm done? Let's find out.
Posted by Nick Jones (Louis XIV, the Sun King) at 08:00 6 comments: