The Forever War by Joe Haldeman: A First Edition from the Lewes Book Fair 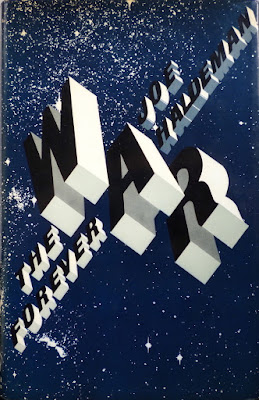 Last Saturday's Lewes Book Fair proved something of a books bonanza, both for me and for my three- (nearly four- by gum) year-old daughter. For Edie I bought a stack of vintage 1970s/80s/90s picture books by, among others, Brian Wildsmith, Shirley Hughes, Spike Milligan and W. Somerset Maugham (I might do a separate post on those at some point), while I came away with a signed first of Posy Simmonds' Gemma Bovery (Cape, 1999), a Ron Goulart-edited anthology of pulp crime fiction, The Hardboiled Dicks (Boardman, 1967) and paperback firsts of Peter George's Dr. Strangelove novelisation (Corgi, 1963) and Samuel R. Delany's The Einstein Intersection (Ace, 1967, with terrific cover art by Jack Gaugham). Best of all, just as I was leaving after a couple of hours browsing I spied this on the shelves belonging to the fair's organiser John Beck (himself a book dealer): A British first edition of Joe Haldeman's The Forever War, published in hardback by Weidenfeld & Nicholson in 1975 (the year after the US St. Martin's first) with a spectacular dust jacket design by Nick Sutton (much better, I reckon, than the American one). It's a book I've wanted to get my hands on for a while – indeed I saw this very copy on John's shelves at the Lewes Book Fair a good four or five years ago. At the time it was priced a little too prohibitively for me, but for this return outing John had reduced the price to a fraction of what a British first in this condition (near-fine) usually fetches (at least £100), and since it's my birthday this coming Saturday I figured fuck it, I'm gonna treat myself. 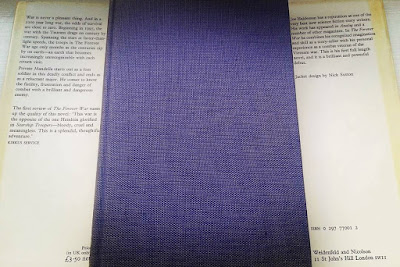 I'm halfway through reading it and thus far I love it. Originally serialised in Analog and widely acclaimed as the best science fiction war novel ever written, it's narrated by William Mandella, a conscript in the United Nations Exploratory Force who undergoes military training and conditioning before being dispatched to deep space to fight the alien Taurans from the distant Aldebaran system. The human characters are barely sketched in – still less the aliens, although in their case its obviously intentional, their obfuscation serving the narrative – but that doesn't matter: where the novel comes into its own is in its depiction of the methods and tactics of space warfare, and how relativity plays havoc with the combatants. For example, in their second encounter with the Taurans, Mandella and his compatriots learn that while for them only eight months have passed since the first battle, for the Taurans, almost a decade has elapsed – the effect of time dilation, the humans having lost nine years manoeuvring between collapsars (black holes) in their ship, the Anniversary. As a consequence, Tauran weapons systems have advanced dramatically, putting the humans at a distinct tactical disadvantage. In effect, the Tauran vessel the crew of the Anniversary encounters comes from their future.

This "future shock" becomes more pronounced when Mandella returns to Earth, where twenty-six years have passed to his two and society has changed beyond recognition – even more so seeing as the Earth he started out on was already markedly different to our own. I've peeked ahead in the book and the years stated at the start of each section advance from 2024 to 2389 to 2458 to 3143, so I suspect there's wilder stuff to come. If the second half of the novel lives up to the first, I may well investigate the sequel, Forever Free (1999), and maybe some of the other thematically linked novels and stories in the Forever War series, or perhaps later editions of the original novel, which apparently include material that was left out of the first edition. Either way, it's reignited a long-dormant desire for some more science fiction, a hankering that could perhaps be sated by some of the other SF books on my shelves (which I recently rearranged slightly following an office move... from the front of the house to the back). 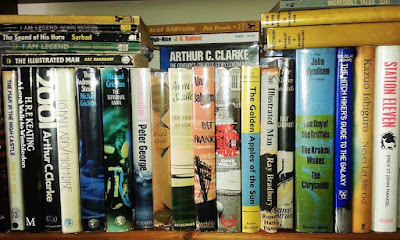 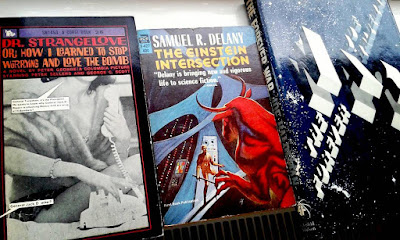 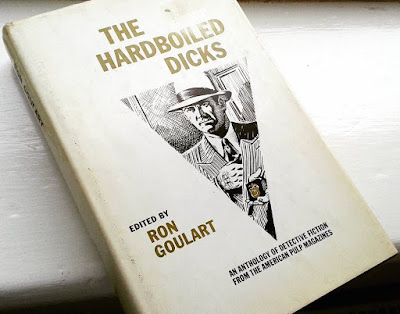 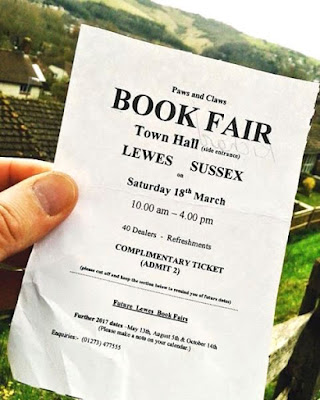