NB: a version of this post also appears at The Violent World of Parker. Linked in this week's Friday's Forgotten Books.

It's been a little quiet over at The Violent World of Parker blog of late, at least half of the blame for which rests with me: I am, after all, supposed to be (esteemed) co-blogger over there. Fortunately I have a small pile of Westlake Scores waiting to be blogged about, at the top of which is this: 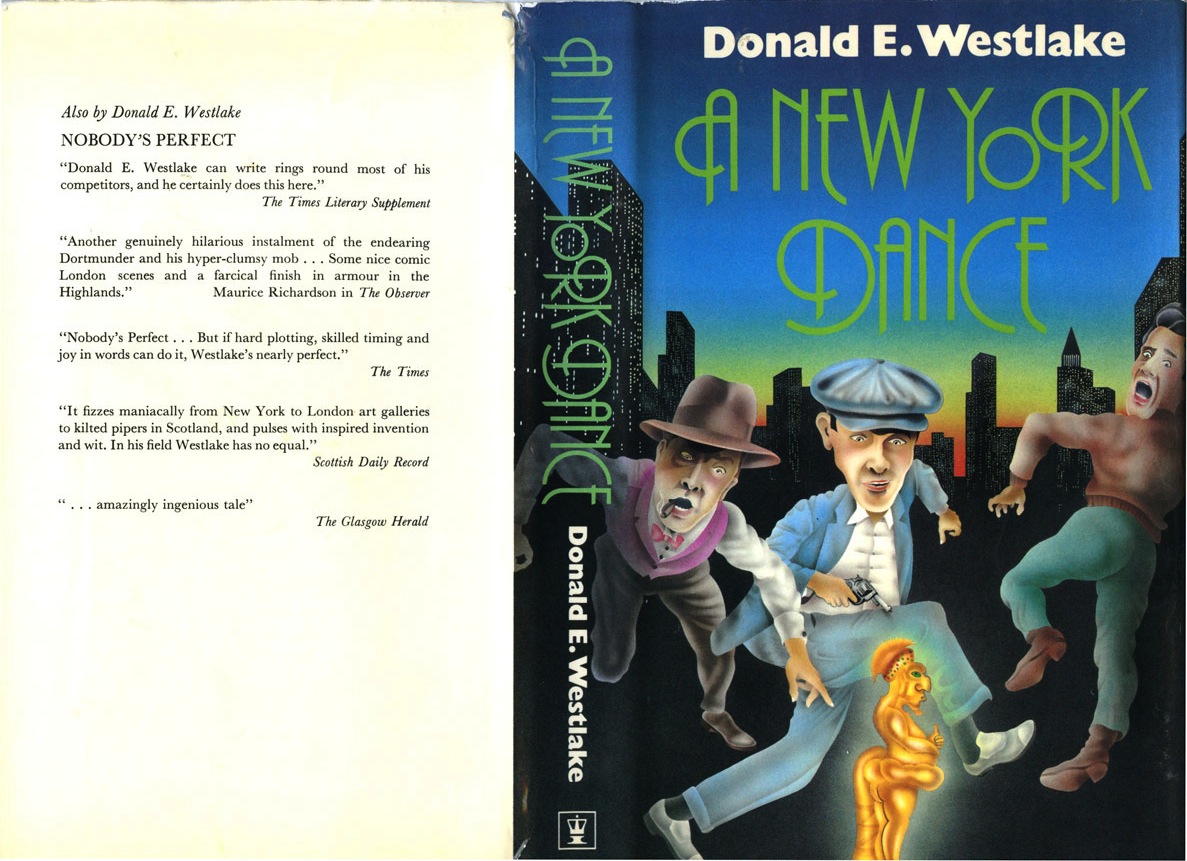 A New York Dance by Donald E. Westlake, published in hardback in the UK by Hodder & Stoughton in 1979 under a dust jacket illustrated by Mark Wilkinson, who I believe is this Mark Wilkinson, best known for his Marillion record sleeves. As such, his wrapper for A New York Dance must represent a fairly early piece of professional work.

I imagine A New York Dance will be an unfamiliar title to most Westlake fans, especially American ones, who will better know it under its original US title of Dancing Aztecs. It took me to a while to fall in too; back in 2010 I scored a 1976 Evans first edition of Dancing Aztecs: 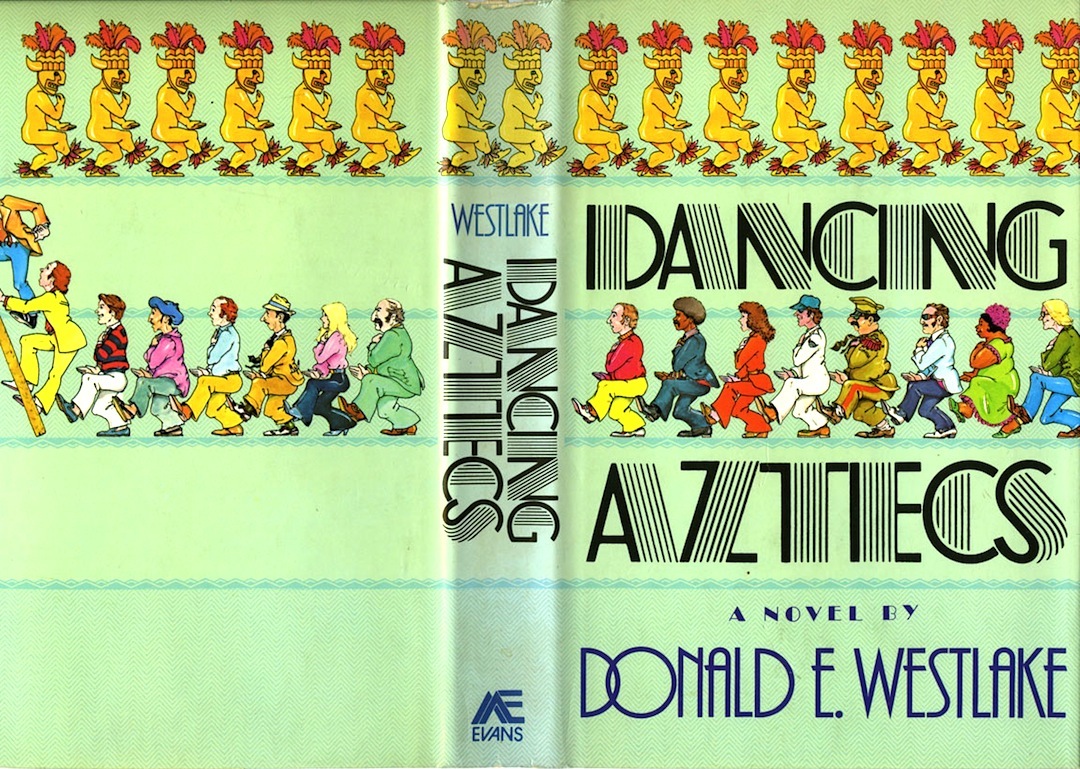 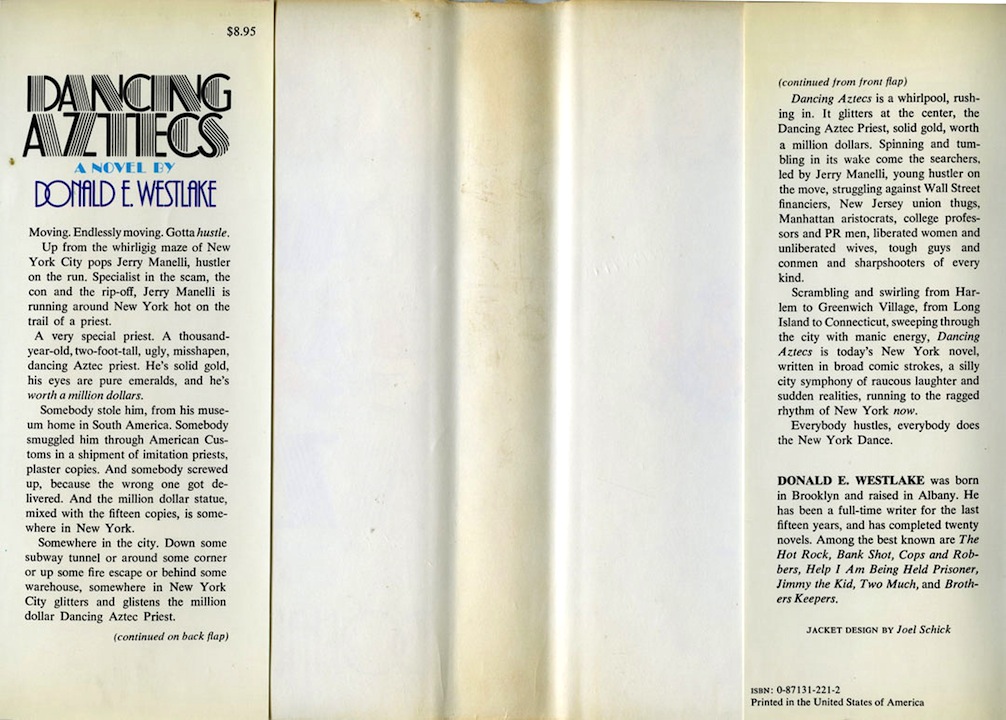 with its Joel Schick-designed dust jacket (which, for the bibliophiles among us, was trimmed too short on the first edition, meaning that the grey boards can be seen top and bottom), stating that I didn't think it had ever been published in the UK. It was only much later that I realised Hodder had retitled the novel for the British market, something the publisher already had form with with Westlake's work: witness their paperback division's retitling of his Parker novels (written, of course, under the pen name Richard Stark) The Man with the Getaway Face, The Score and The Handle as, respectively, The Steel Hit, Killtown and Run Lethal.

Mind you, Westlake wasn't the only American mystery writer to have his work retitled by Hodder; his near-contemporary, Ross Thomas, had a couple of his novels retitled by the British publisher – his debut, The Cold War Swap, which became Spy in the Vodka (for a short while, anyway), and one of his pseudonymous Oliver Bleeck books, The Procane Chronicle, which became The Thief Who Painted Sunlight. And much later in Westlake's career another British publisher, Robert Hale, did some titular tinkering: The Hook became The Corkscrew, and The Ax gained an 'e'. 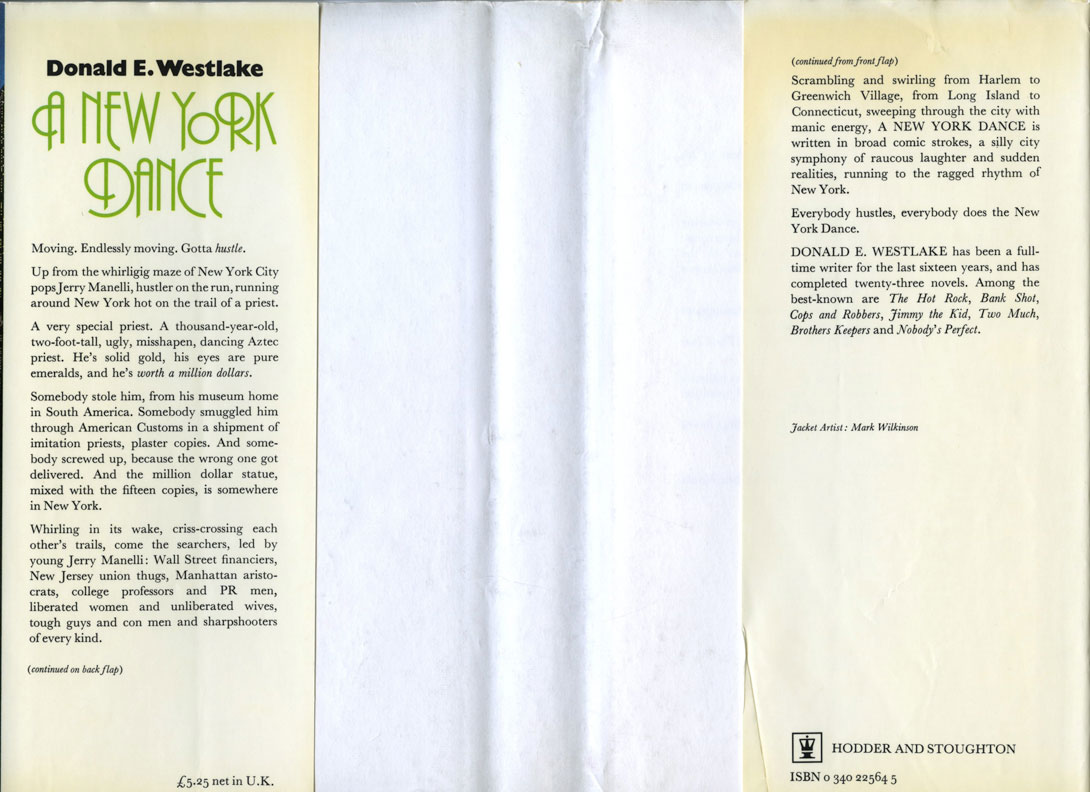 As to why I decided to acquire a Hodder first of A New York Dance when I already owned an Evans first of Dancing Aztecs, well, I think most people reading this will be familiar with my feeble justifications by now, so take your pick from:

a) A New York Dance popped up on eBay and it was cheap
b) the Hodder first is pretty scarce (only a handful of copies available online)
c) it gives me something to cross-post on The Violent World of Parker
d) I can add the cover to the Existential Ennui British Thriller Book Cover Design of the 1970s and 1980s page (and have now done so)
e) all of the above, plus I'm demented.

And all of those apply to the next Westlake Score too – another Hodder edition which I already owned – and have already blogged about – in US first, and which again sports a Mark Wilkinson wrapper.
Posted by Nick Jones (Louis XIV, the Sun King) at 04:00 5 comments: 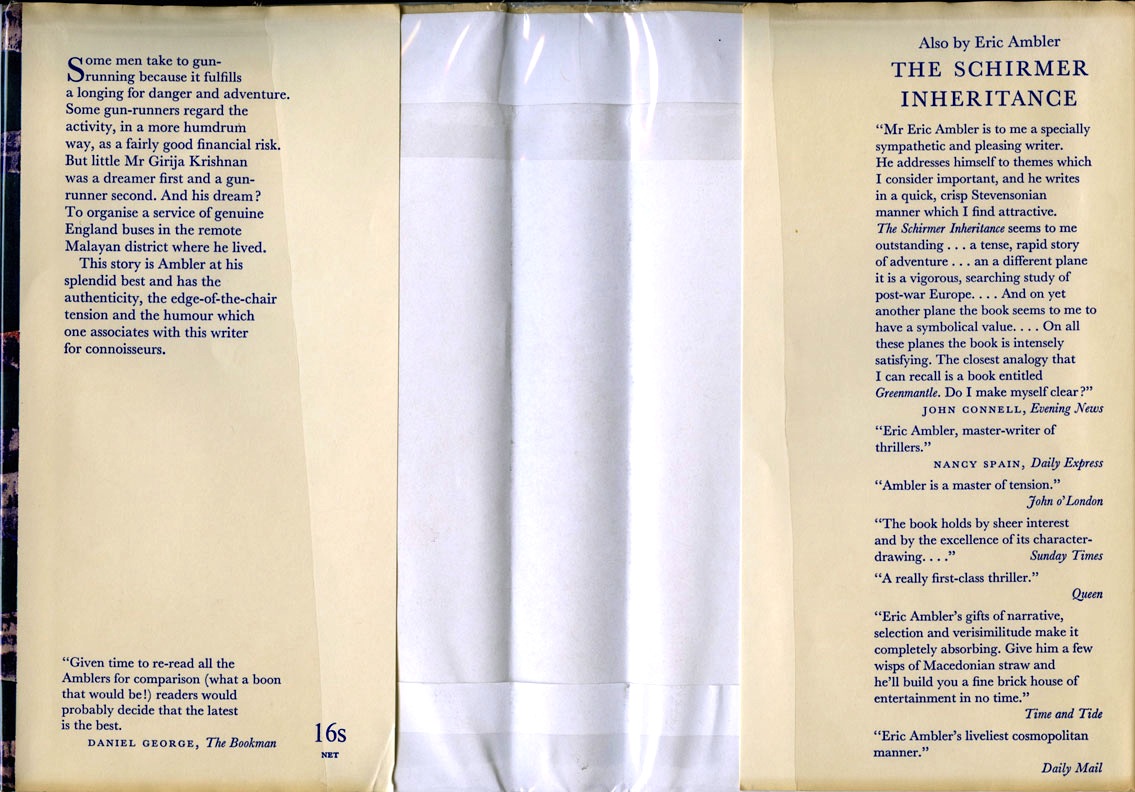 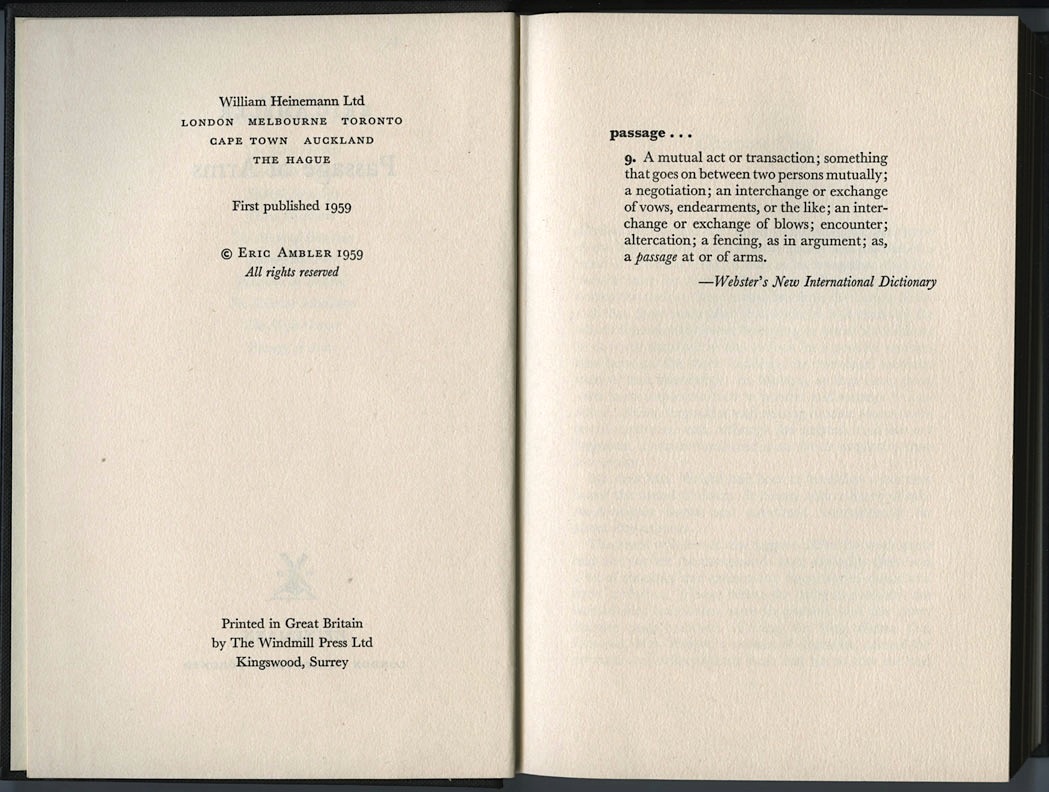 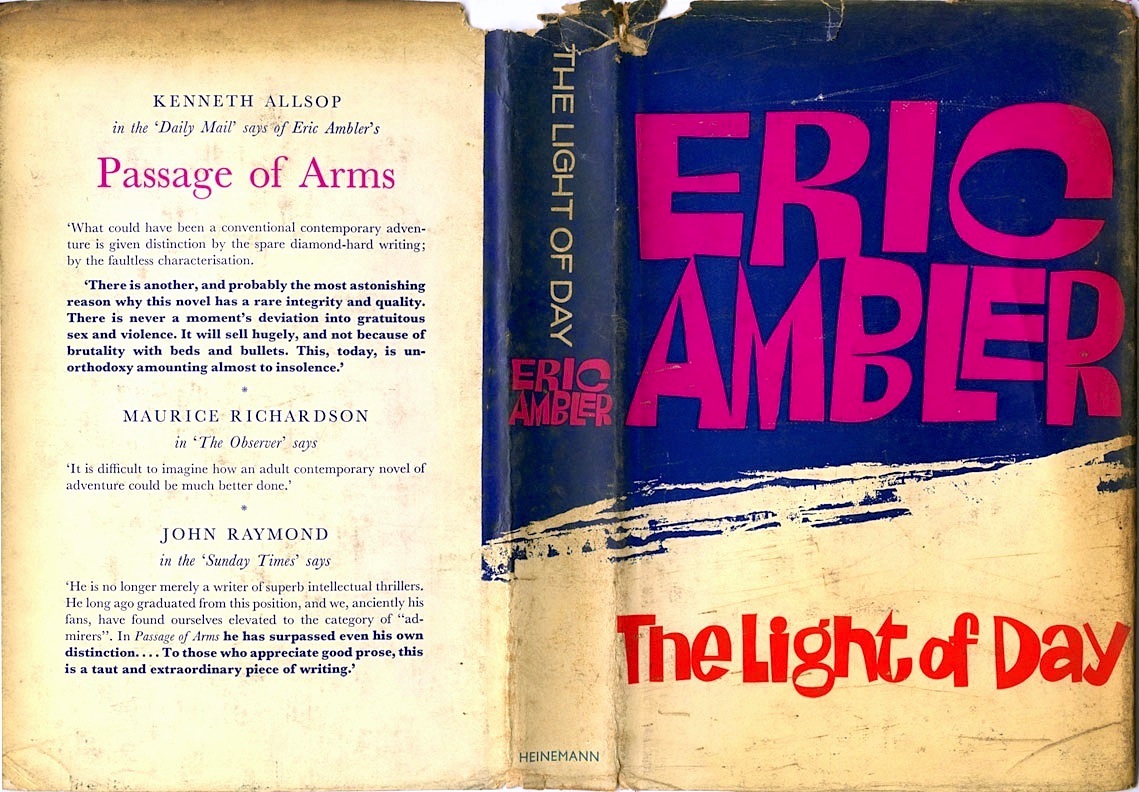 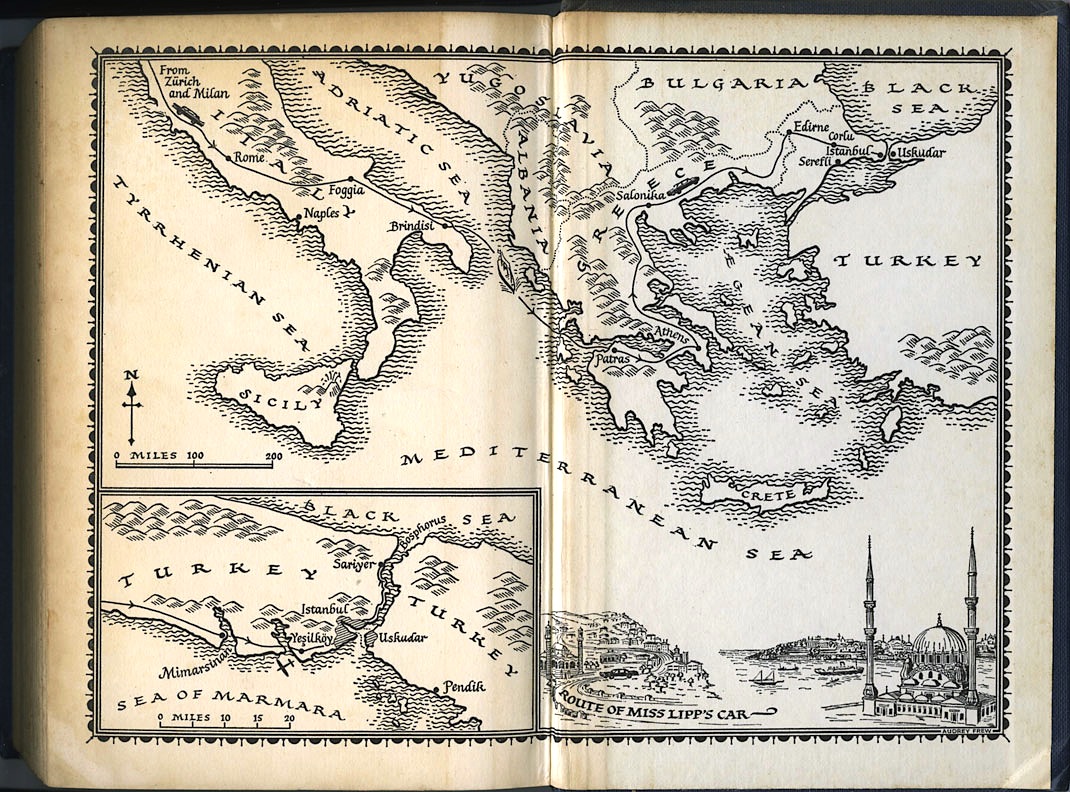 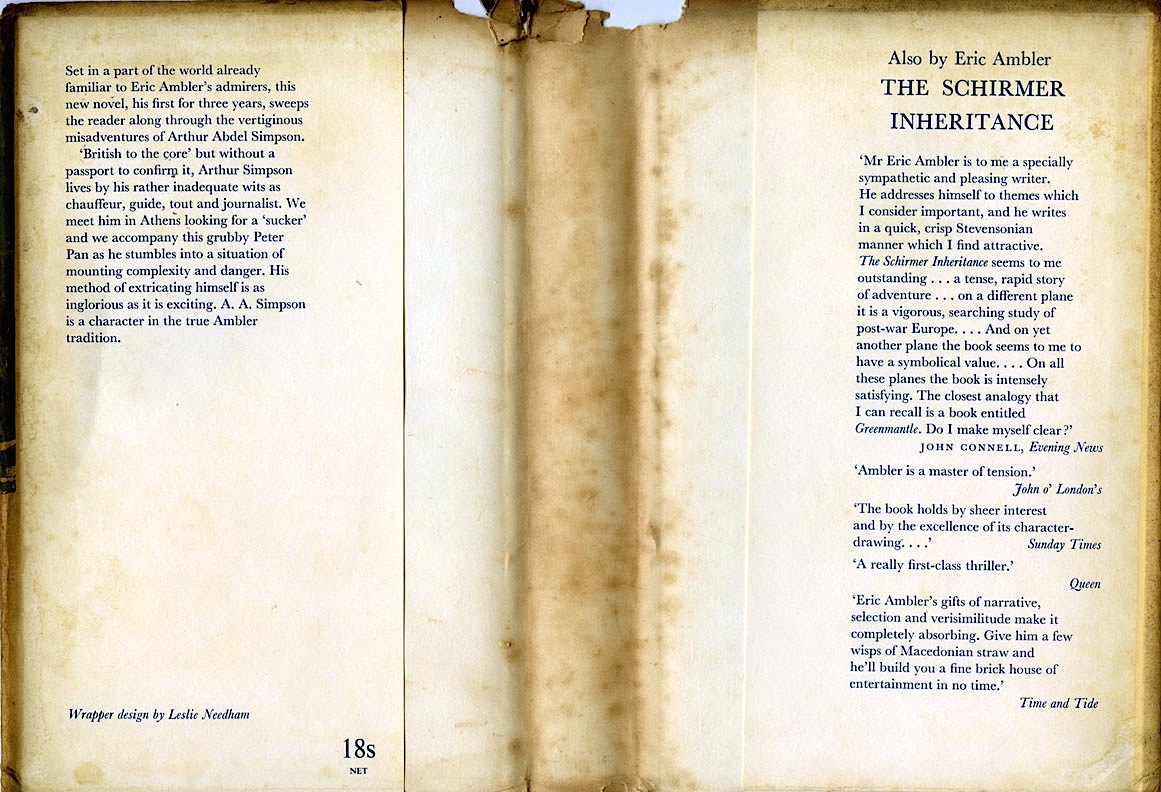