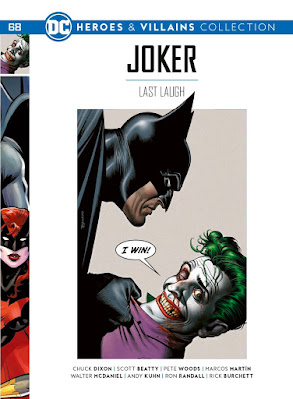 Something I neglected to mention in my piece on Brian Bolland's Joker comic book covers in the back of the DC Heroes & Villains Collection edition of Joker: Last Laugh – which has just been published – is that Batman: The Killing Joke (1988) wasn't really Bolland's first Joker cover. That honour arguably belongs to his cover for the British Batman Annual 1982, published by London Editions in 1981. Bolland did a number of covers – and the odd interior page or endpapers – for the Batman, Superman and Wonder Woman annuals published by London Editions in the early 1980s (as did Garry Leach, Bryan Talbot and other stalwarts of the British comics scene), around the time he was breaking into US comics at DC. His Batman Annual cover naturally has the Dark Knight front and centre in the composition, but in Batman's hand is a Joker playing card, and there, behind him in the background, is the Joker himself, pointing a pistol at Batman's back. So even though the Joker's not the star of the cover, I suppose it probably does qualify as a Joker cover, and therefore Bolland's first Joker cover. 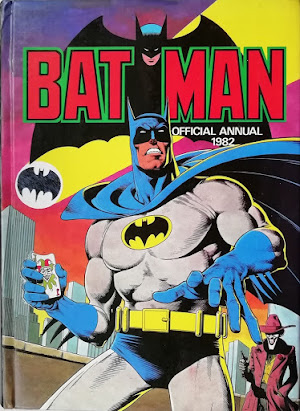 You can read more about Bolland's cover work – Joker and otherwise – in Joker: Last Laugh (available now via Hachette and at all good newsagents and supermarkets), but I'll just note here that, like many of the British superhero annuals published back then, the Batman Annual 1982 – which isn't easy to come by these days (my copy was a very lucky recent-ish eBay find) – has a text story nestled in amongst the reprinted comics stories (one of which is Len Wein, Walt Simonson and Dick Giordano's terrific 'Dreadful Birthday, Dear Joker...!' from 1980's Batman #321). Written by 2000 AD and Starlord editor Kelvin Gosnell, it boasts splendid illustrations by Anderson: Psi Division/Button Man artist Arthur Ranson, who also illustrates the annual's endpapers. Well worth the price of admission alone... assuming you can find a copy in the first place.