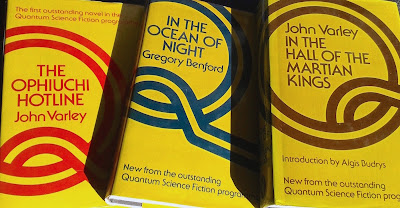 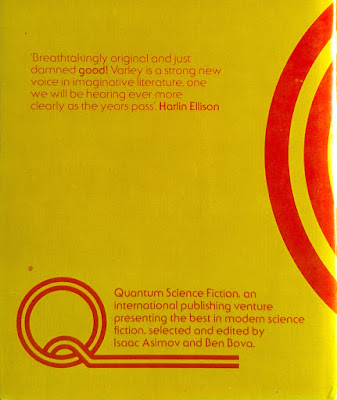 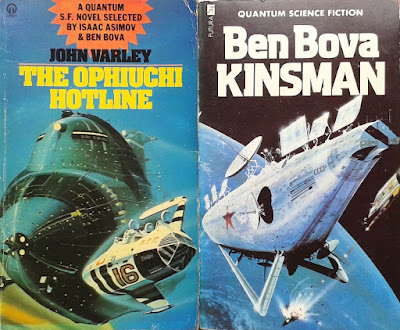 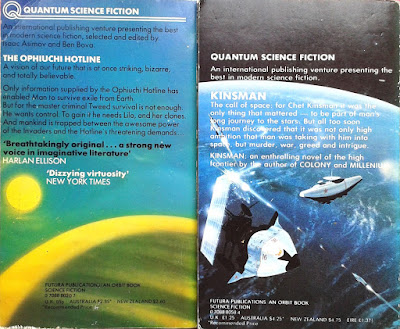 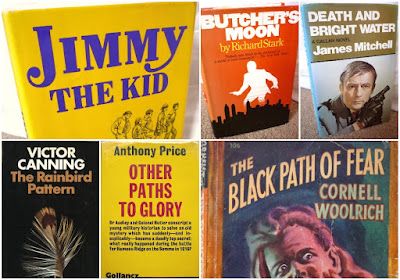 What do Donald E. Westlake, Richard Stark, James Mitchell, Victor Canning, Anthony Price, Cornell Woolrich and Harry Carmichael all have in common? Aside from the fact that they're all blokes... and all crime/thriller writers of one sort or another... and indeed all wrote spy fiction at one time or another... and doubtless there are other commonalities besides, but the one that concerns us here is that presently I have eBay auctions running for books by all six of them (Westlake and Stark of course being the same person).

There are auctions for ten books in total, all of which finish on Sunday, and only one of which, as I type, has a bid in. The books are a mix of British and American first editions, mostly hardbacks (and one paperback), some quite scarce, all plucked from my personal collection (most having appeared previously on this very blog), all listed with relatively low starting prices. They are as follows: 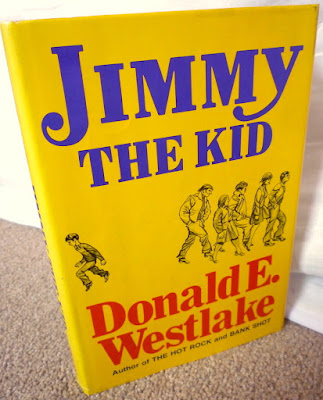 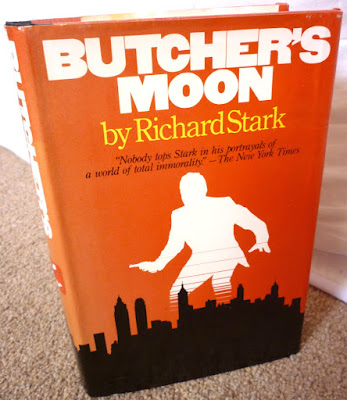 A 1974 American first edition of Richard Stark's Butcher's Moon, the sixteenth Parker novel and the explosive finale to the original run of Parkers. 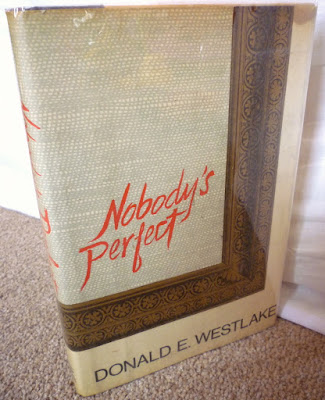 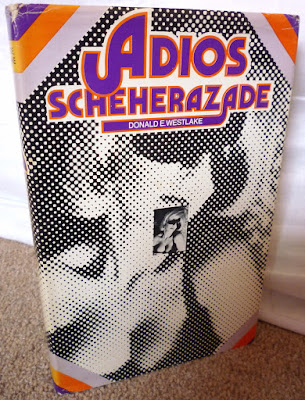 A 1971 British first edition of Donald E. Westlake's Adios Scheherazade, his fictionalised account of his time as a sleaze paperback writer. 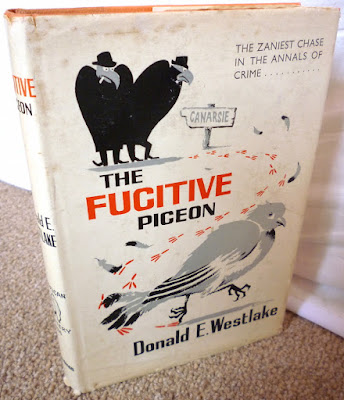 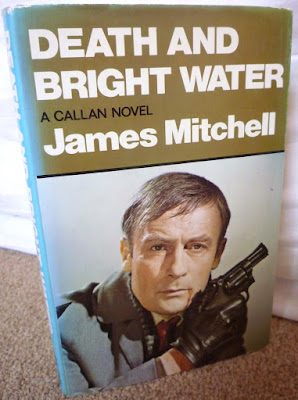 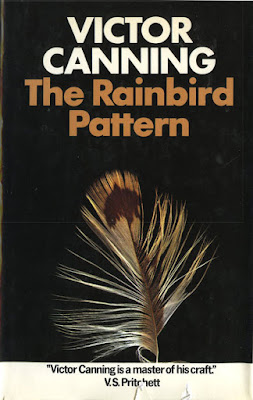 A 1972 British first edition of Victor Canning's The Rainbird Pattern, second novel in the 'Birdcage' spy series and believed by many to be the author's best book. 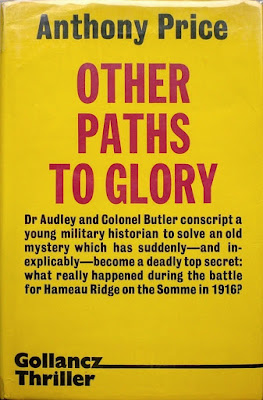 A 1974 British first edition of Anthony Price's Other Paths to Glory, the fifth novel in his David Audley spy series. 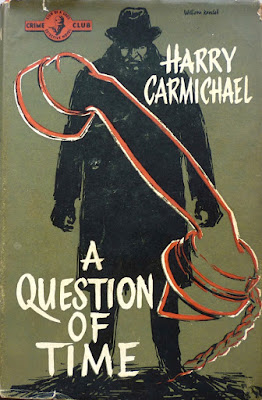 A 1958 British first edition of Harry Carmichael's A Question of Time, with a great William Randell dust jacket. 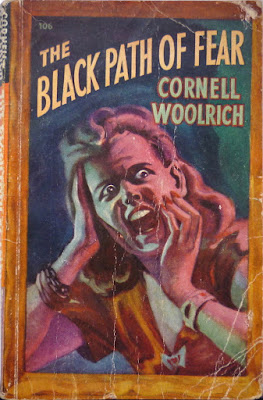 And a 1946 first American paperback edition of Cornell Woolrich's classic noir thriller The Black Path of Fear.
Posted by Nick Jones (Louis XIV, the Sun King) at 08:10 No comments: