Meanwhile... in the DC Heroes & Villains Collection: Joker's Dozen and The Untold Legend of the Batman 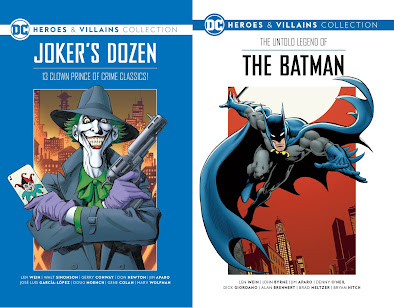 The next release going out to DC Heroes & Villains Collection subscribers is significant, because not only does it boast one of the volumes I was keenest to include in the collection when I put the whole shebang together, but it comes accompanied by a subscriber-exclusive special edition. 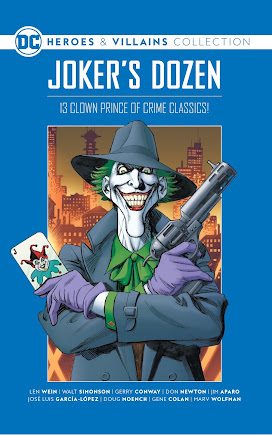 That special edition is Joker's Dozen, a 432-page bumper collection of some of the best Joker stories of the 1980s – 13 Clown Prince of Crime Classics, as I put it in the subtitle. There was a bit of back-and-forth with DC on the contents, but I think we've arrived at something unique: 13 Joker stories – 20 comics in total – which delineate a decade of change at DC, as the Bronze Age of Comics gave way to the Modern Age. The murderers' row of creative talent on the front cover – Len Wein, Walt Simonson, Gerry Conway, Don Newton, Jim Aparo, José Luis García-López, Doug Moench, Gene Colan and Marv Wolfman – isn't even the half of it, because there are also stories from Paul Levitz, Joe Staton, Martin Pasko, Dan Mishkin and Gary Cohn, Paul Kupperberg, Alex Saviuk, Max Allan Collins, Chris Warner, Ross Andru, Alan Grant and Norm Breyfogle, many of which have rarely been reprinted since original publication. 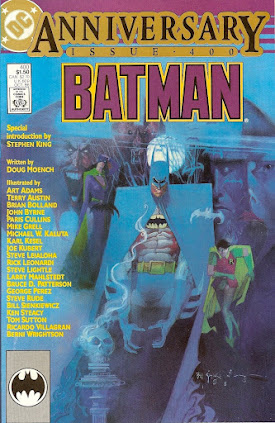 On top of that, the book includes October 1986's Batman #400, a 60-page multi-villain extravaganza written by Doug Moench and with art by – among others – John Byrne, Steve Lightle, George Pérez, Bill Sienkiewicz, Arthur Adams, Joe Kubert and Brian Bolland which has only been collected by DC once since its original publication 36 years ago. Plus, it's preceded by September 1986's Detective Comics #566, a Doug Moench and Gene Colan lead-in story to Batman #400 that's never been reprinted – though its cover may be familiar from posters, prints, T-shirts and the like: 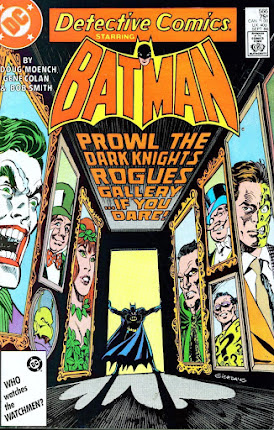 As for the volume I was keen to include in the DC Heroes & Villains Collection, that would be our 32nd release, The Untold Legend of the Batman, which features the eponymous 1980 three-issue Len Wein, John Byrne and Jim Aparo miniseries. Only ever collected under its own title as a book once before – by Tor Books in 1982 as a pocket-size black-and-white paperback, long out of print – it's a terrific mystery thriller that expertly weaves together decades of piecemeal Batman continuity, an approach reflected by the four other stories in the volume, each of which I selected for the brilliant way they too embellish the legend of the Batman. (Incidentally, the Untold Legend miniseries was reissued in 1989 as a three-part 'audio theater' edition, each issue comprising a mini-version of the original comic and an audio cassette; you can hear the audio, and its accompanying funky theme tune, on YouTube.) 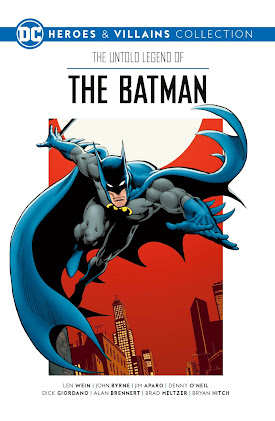 Speaking of those other stories, one of them is mentioned in a 'Meanwhile...' column I was reading just this morning. For those who don't know, back in the 1980s, DC's Executive Editor, Dick Giordano, wrote an editorial column, 'Meanwhile...', which appeared in most DC titles on a monthly, then later weekly, basis. The 'Meanwhile...' that appeared in comics which went on sale on 3 July, 1986 was an especially notable one, because it announced some epochal changes to come in the Batman corner of the DC Universe over the remainder of that momentous year. It's also pertinent not just to the aforementioned bonus story that appears in the The Untold Legend of the Batman, but to a pair of stories that appear in the DC Heroes & Villains Collection's edition of 1986–87 crossover event Legends, and a sequence of stories that will appear in the DC Heroes & Villains Collection down the line. Click on the column below and see if you can work out which comics I'm referring to. 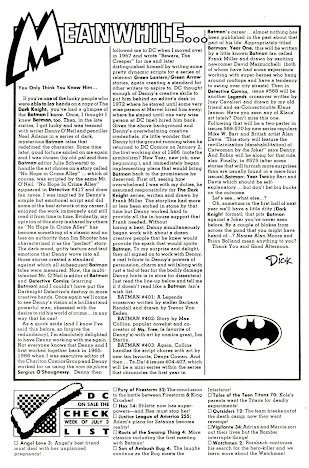