The Existential Ennui Review of the Year 2021 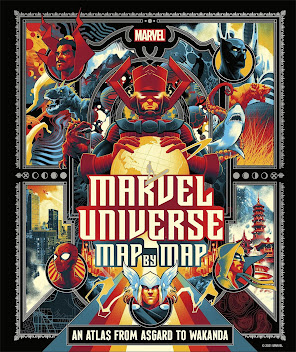 Time was I would mark the end of the year with a post, or even a series of posts (ha! those were the days...), rounding up everything I'd read or watched or listened to or, sometimes, worked on over the previous 12 months – a record of certain aspects of my life, preserved for my own posterity (after all, it was pretty unlikely anyone else would be interested in years to come – or even right then for that matter). The last time I managed anything along those lines was the end of 2019; the pandemic, the death of my dad, and my complete inability to read a book – three things which were not unrelated – put paid to any notion of a round-up last year. This year has been better both personally and work-wise, and in recent months I've even managed to start reading novels again (albeit at a much slower pace than previously), so although the pandemic is still very much a going concern, and life continues to throw shit at us all with alarming abandon, I thought I'd post something about what I've been up to. 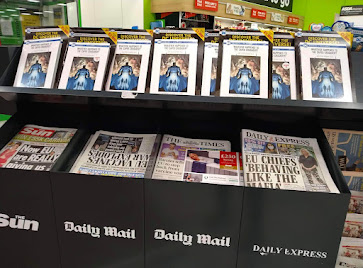 First and foremost, there's the DC Heroes & Villains Collection. I've written about this graphic novel partwork a few times already, so I shan't dwell on it here, except to say that editing it has allowed me to do more professional writing (as in, writing for money; I can't speak to the professionalism or otherwise of the actual writing) than I probably have since the start of what I laughingly call my career (back when I was a music journalist in the 1990s). By the time the collection reaches 100 volumes in about three years' time, I'll hopefully have written a fairly thorough history of the DC Universe since 1980, bit by bit, in the introductions and bonus features in each volume (alongside the occasional creator interview by my good friend Tim Pilcher). That's the plan anyway. 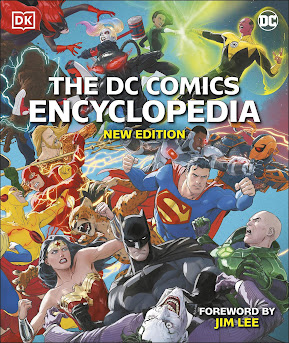 The DC Heroes & Villains Collection launched in January (during lockdown no less), and is now up to 25 volumes, which is no mean feat considering everything that's been going on. Meanwhile, in November, the book pictured at the top of this post was published: Marvel Universe: Map by Map, co-written by James Hill and me, and illustrated by Adam Simpson, Matt Taylor and Andrew DeGraff (and, of course, a legion of Marvel Comics artistic legends). It's a lovely great big beast of a book – you can get a good look at it here – and it was an honour to be asked to play a part in its existence (by DK's estimable Senior Editor, and British comics vet, Cefn Ridout, to whom go my thanks). Four months before that, another DK book I contributed to was published: the updated edition of the DC Comics Encyclopedia, which I wrote even more of this time, and which in this new version sports a spectacular Mikel Janín cover. And somewhere in amongst all of that, Titan and I relaunched Star Trek Magazine as Star Trek Explorer, with all sorts of new-fangled features and regulars in it, including brand new fiction. 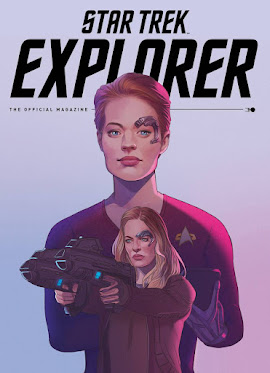 So that's what I've been up to this year. As to what I've read, I haven't actually kept a record of whatever comics I've consumed, but I have been making note of the books I've read since I managed to pick one up again, which in order have been:

The Moat Around Murcheson's Eye by Larry Niven and Jerry Pournelle
Rendezvous with Rama by Arthur C. Clarke
Dune by Frank Herbert (which I read shortly before seeing Denis Villeneuve's excellent and powerful film adaptation)
The Prefect by Alastair Reynolds
Elysium Fire by Alastair Reynolds
Jack Kirby by Tom Scioli
The Loneliness of the Long-Distance Cartoonist by Adrian Tomine

I might also manage to finish Alastair Reynolds' most recent novel Inhibitor Phase – a first edition of which he kindly inscribed to me (he's featured in the forthcoming second issue of Star Trek Explorer) – before the end of the year. We shall see. 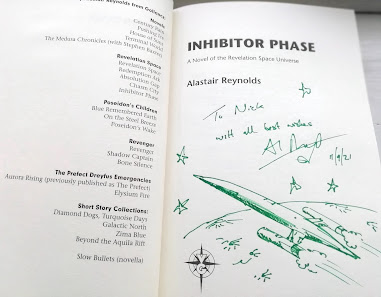