Google the Irish (British-born) writer and broadcaster Brian Cleeve (1921–2003) and one of the first links you'll come across, aside from his Wikipedia page, is a website called SevenMansions. Subtitled, slightly misleadingly, "The Works of Brian Cleeve", it's a collection of Cleeve's writings about spirituality and God, incorporating a handful of books on those subjects which Cleeve published in the early 1980s shortly after he experienced a religious epiphany. What the site neglects to mention, however – hence the "slightly misleadingly" – are the twenty novels Cleeve published from the early 1950s to the mid-1970s (plus one final one, A Woman of Fortune, published in 1993), a run of eight of which, beginning with 1961's Assignment to Vengeance through to 1968's You Must Never Go Back, are suspense and spy thrillers. And half of those eight comprise an espionage series starring Irish terrorist-turned-British Intelligence agent Sean Ryan, as follows: 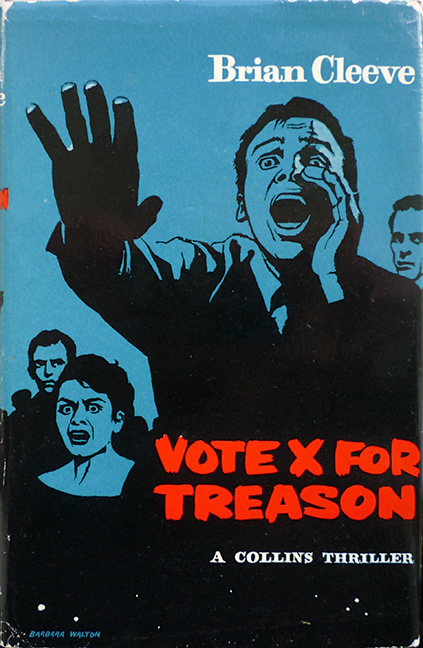 The first book in the series, Vote X for Treason (Collins edition dust jacket design by Barbara Walton), is a grim but compelling affair – a grubby, street-level take on spy fiction informed, Cleeve himself admitted (according to Donald McCormick in Spy Fiction: A Connoisseur's Guide), by the author's experiences working for British Counterintelligence during the war. (Cleeve led an eventful life, to say the least.) The story sees Sean Ryan released early from a fifteen-year prison sentence on the orders of intelligence chief Major Courtenay, who presents Ryan with a choice: either infiltrate the New Party – a political organisation with fascistic leanings and violently revolutionary aims, with its base in a string of gyms and youth clubs and tendrils extending far into Westminster – or go back to jail. Ryan accepts the mission and soon finds himself sucked into a thuggishly brutal world, the mindless camaraderie of which holds a certain appeal for the former gunman – until his only friend comes a cropper. 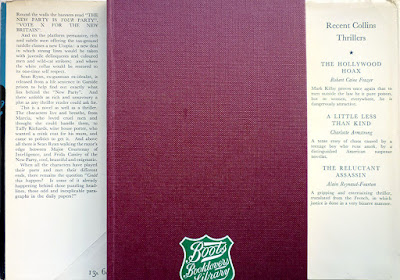 Vote X for Treason is the only one of the Sean Ryan novels I've read thus far, but I plan on getting to the others at some point, and accordingly have collected British first editions of the second and third books in the series (I'm still on the hunt for an American hardback first edition of the fourth, Violent Death of a Bitter Englishman, which I don't believe was ever published in hardback in the UK – I think it went straight to Corgi paperback here): 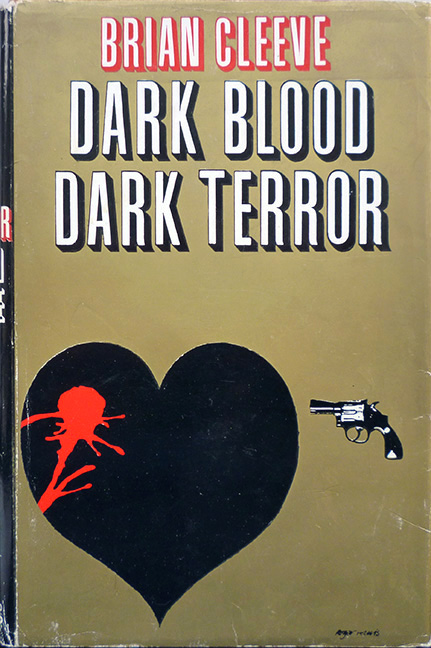 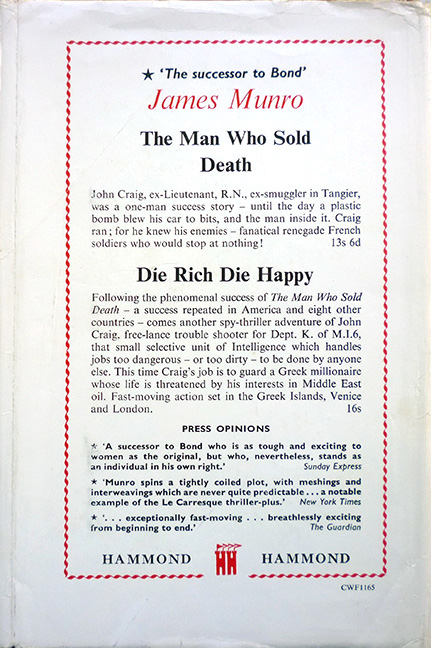 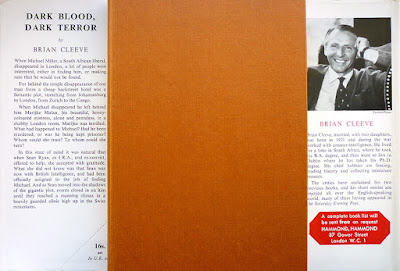 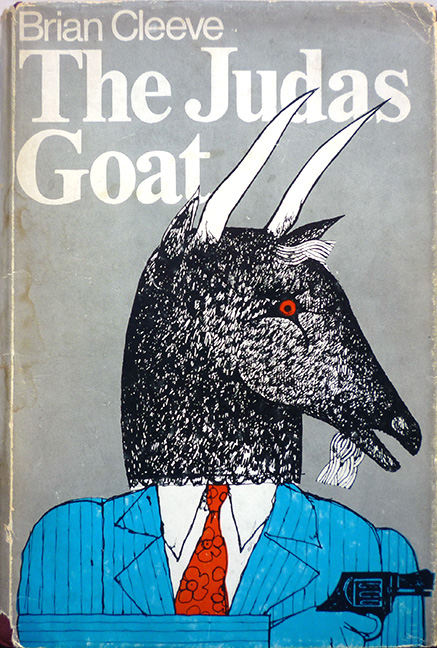 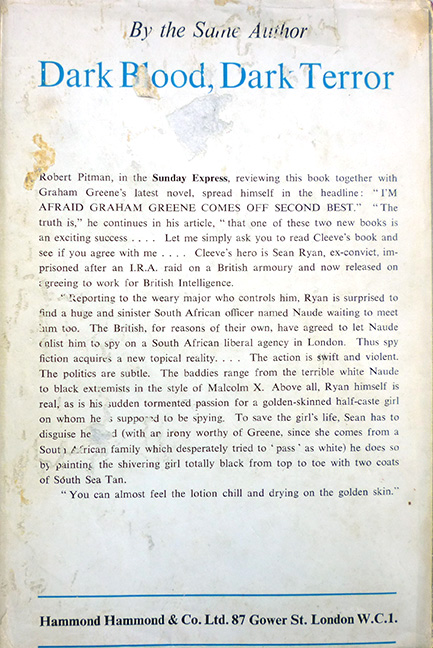 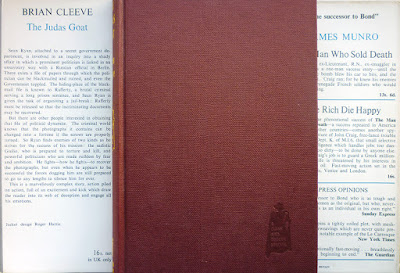 The Judas Goat, again published by Hammond in 1966, again with a dust jacket designed by Roger Harris. I'm keener on Harris's jacket for this one than for Dark Blood, Dark Terror, but I've nevertheless added both wrappers to the Existential Ennui Beautiful British Book Jacket Design of the 1950s and 1960s page, along with Harris's wrapper for the 1965 Hammond edition of James Munro's Die Rich Die Happy, and they do look rather good grouped together like that. (I've updated the Vote X for Treason cover there too, as I now own two copies of the scarce Collins first edition; the first copy I bought has a Boots Library sticker firmly affixed to the front of its jacket.)

There's one other thing worth noting about this copy of The Judas Goat – and in keeping with my recent posts on signed and inscribed books – which is this: 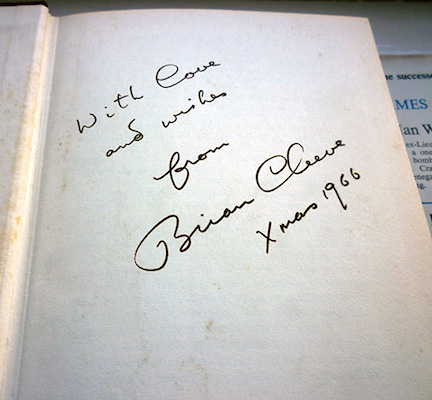 It's been signed and inscribed by Cleeve on the front free endpaper (in festive fashion – "With love and wishes from Brian Cleeve Xmas 1966"). There are more than a dozen signed Brian Cleeve books on AbeBooks at present, but this is the only signed book in the Sean Ryan series I've come across. Evidently, in this matter at least, Cleeve's God was smiling on me.
Posted by Nick Jones (Louis XIV, the Sun King) at 06:37 2 comments: