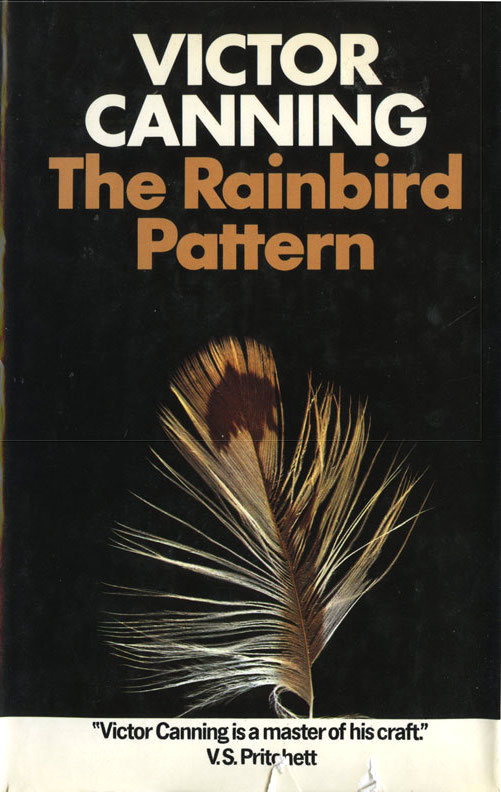 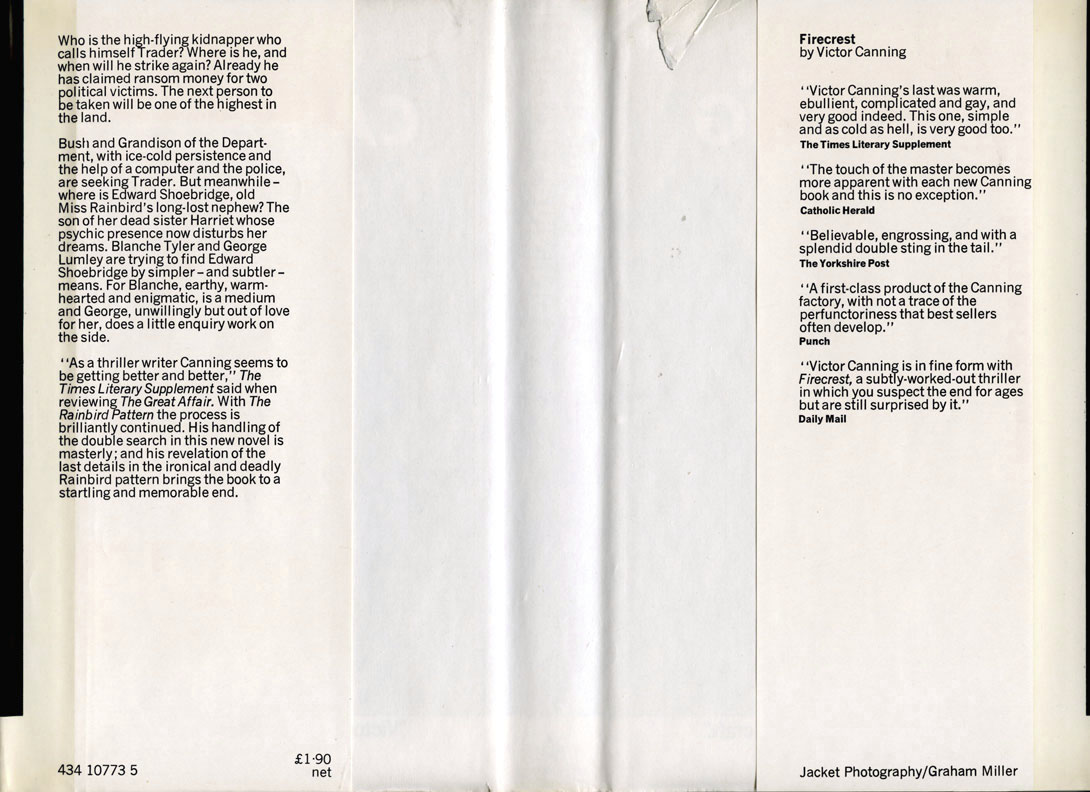 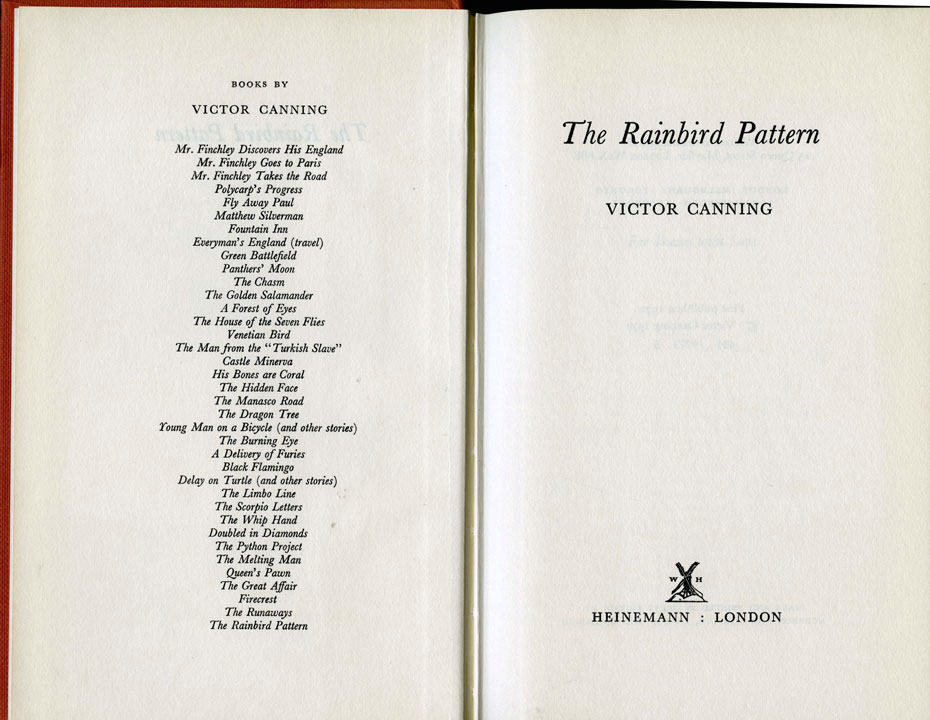 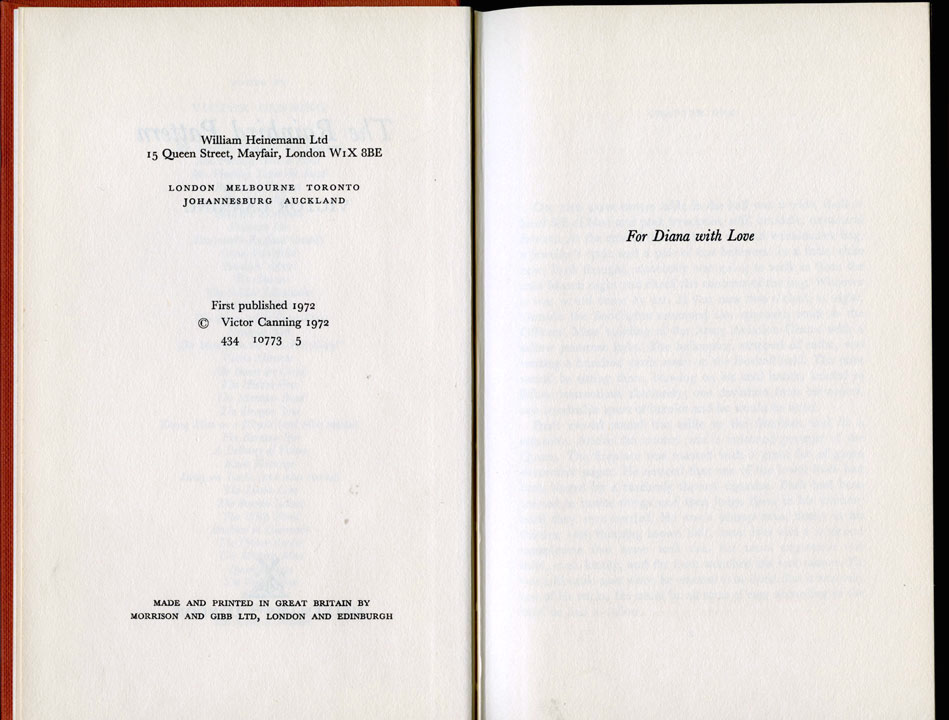 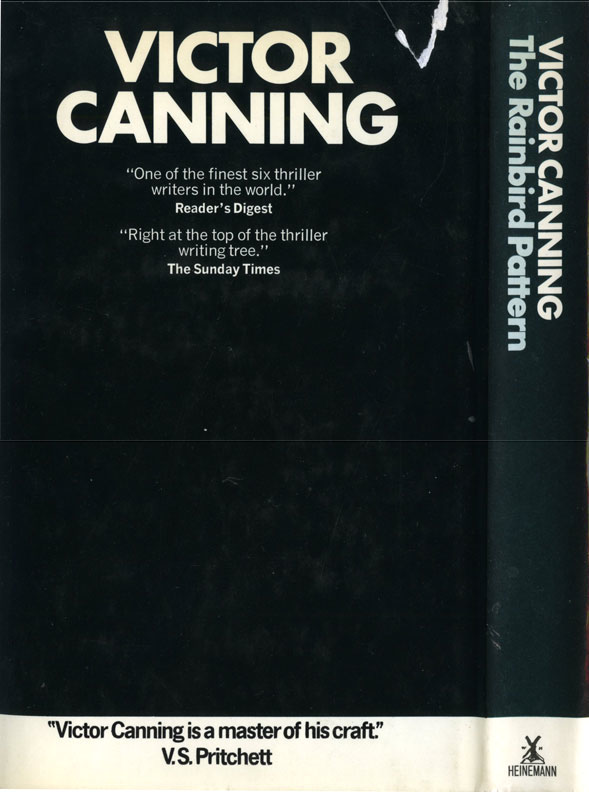 I remarked in last week's post on a signed (and inscribed) first edition of Victor Canning's The Kingsford Mark that books signed by Canning seem to be remarkably thin on the ground. For instance, if you discard the distracting chaff on AbeBooks – i.e. listings for Canning books which include the word "signed" preceded by the word "not" – there are at present just four Canning-signed books in any edition listed on the site. That's really not very many for an author who published sixty-one books in his lifetime and whose sales must have run into the millions. Furthermore, none of those signed editions on AbeBooks – or anywhere else online that I can see – are instalments in Canning's "Birdcage" series of spy novels – which is, after all, the reason I became interested in the author's work. Whereas this one is: 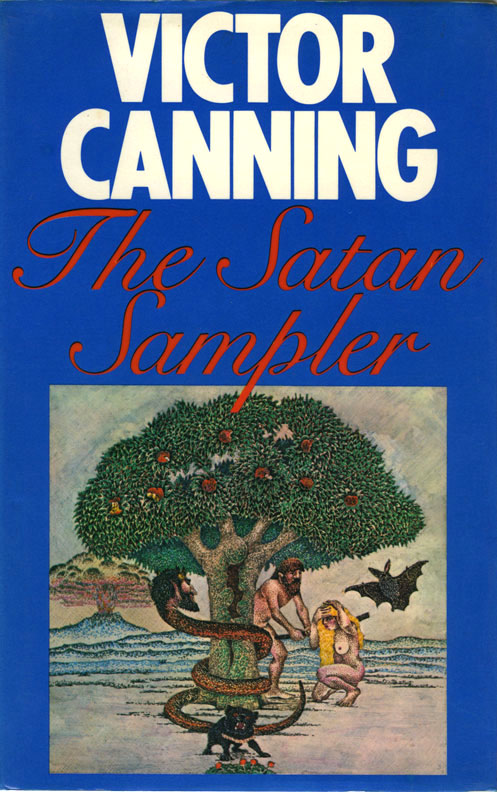 The Satan Sampler, published in hardback by Heinemann in 1979 (dust jacket design uncredited, but duly added to the Existential Ennui British Thriller Book Cover Design of the 1970s and 1980s page) and bought by me on Amazon Marketplace the other week. The book is flat signed on the title page: 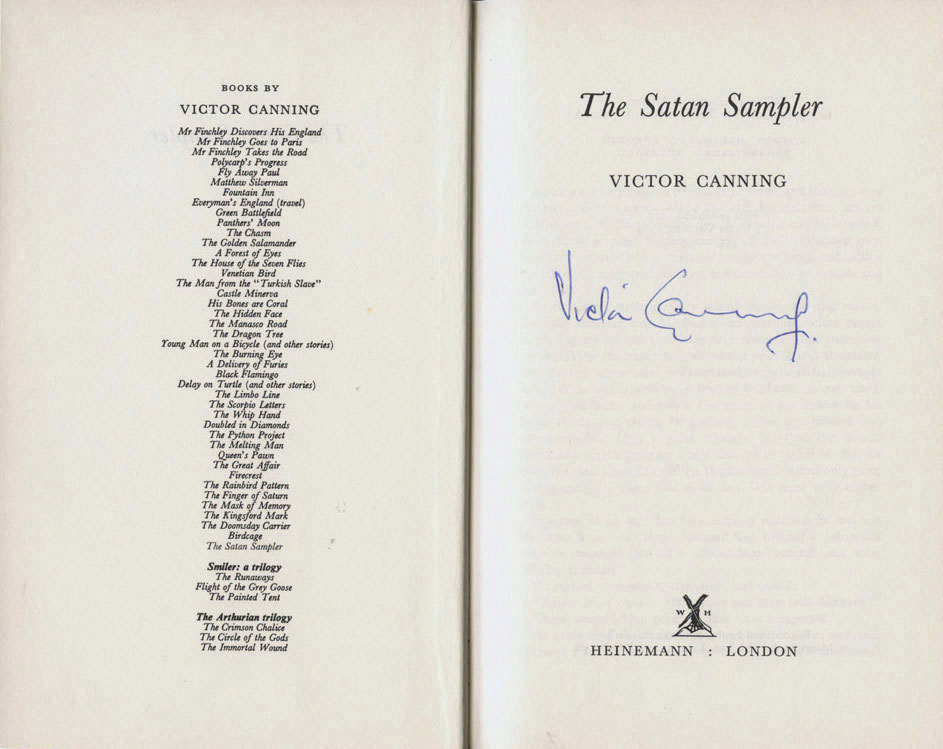 And unlike with The Kingsford Mark, where at first I wasn't sure if the inscription inside was by Canning or not – at that point there was nothing online I could compare it to – here there's little doubt in my mind that the signature is Canning's, not least because I have the one inside The Kingsford Mark to check against: 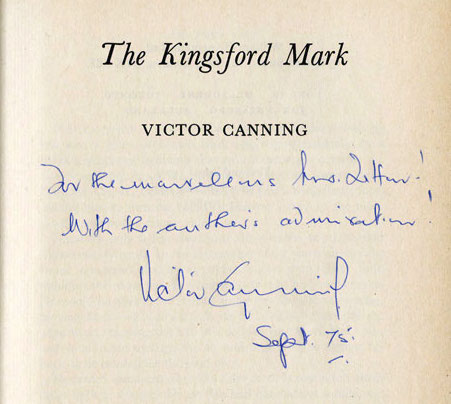 As, via Google Images, does anyone who might happen to search for Canning's John Hancock. No need to thank me. 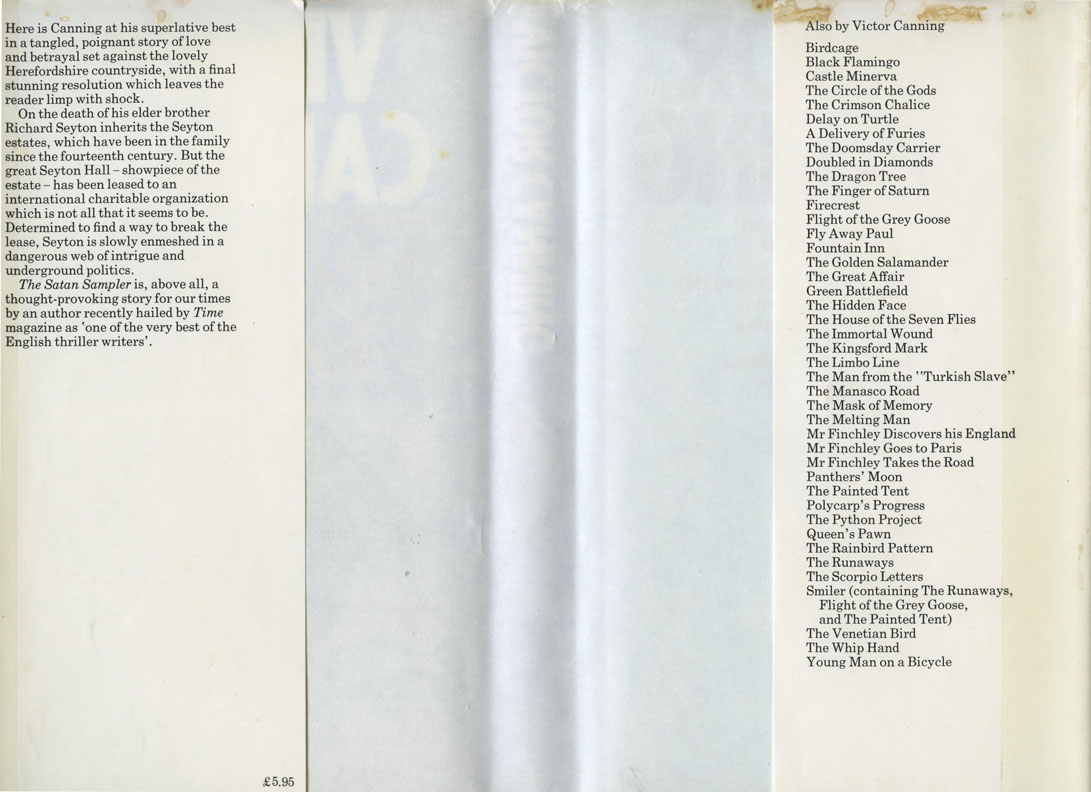 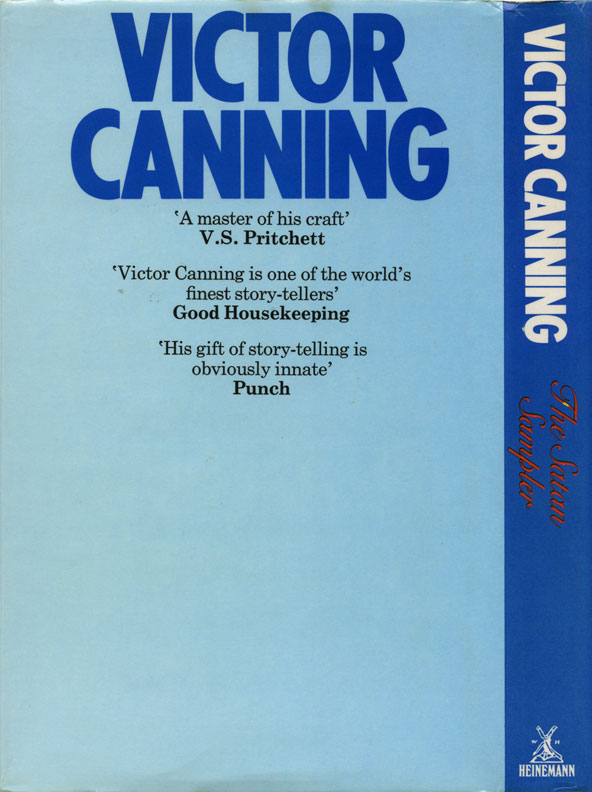 I've one last piece on Victor Canning planned for this particular run of posts on the author: a review of the second Birdcage novel, The Rainbird Pattern.
Posted by Nick Jones (Louis XIV, the Sun King) at 08:00 No comments: