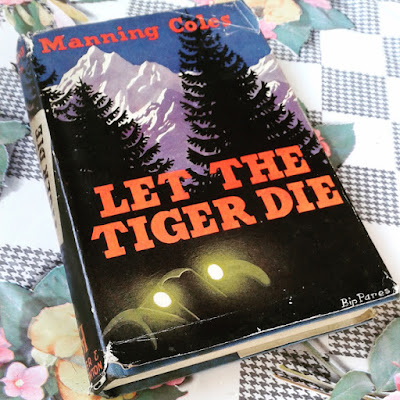 What is it?
A British first edition of Let the Tiger Die by Manning Coles, published in hardback by Hodder & Stoughton in 1948 – the eighth in Coles' twenty-six-book series of novels starring British Intelligence agent Tommy Hambledon.

Where and when did I buy it?
At the Lewes Book Fair, a couple of years ago.

Why did I buy it?
Manning Coles is – or rather are; 'Manning Coles' is the nom de plume of two writers, Adelaide Frances Oke Manning and Cyril Henry Coles – one of a number of classic spy fiction authors whose work I'm interested in and intend to try at some point, so when I spotted this first edition on a dealer's table and then looked it up on my phone and discovered that it's rather scarce in first, and especially so in its wrapper (and still is today; I can only see a couple of – quite pricey – jacketed firsts available online at present), I couldn't resist, especially when the dealer knocked a few quid off the already-reasonable asking price. 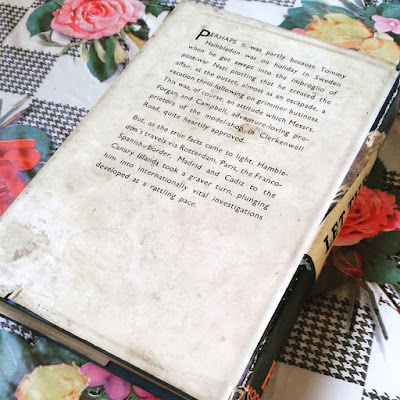 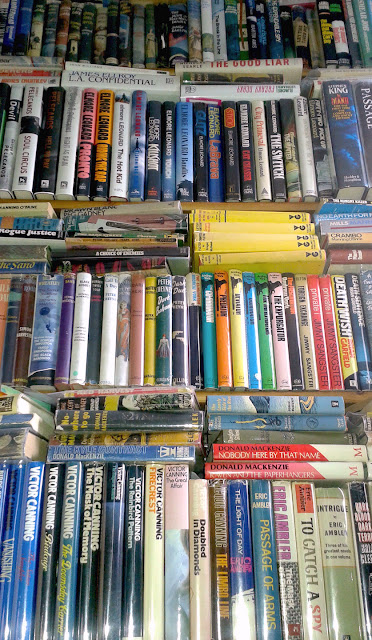 How frequent these proposed posts will be remains to be seen, but I'm hoping I'll be able to knock out at least a couple a week. More soon.
Posted by Nick Jones (Louis XIV, the Sun King) at 13:05 No comments: