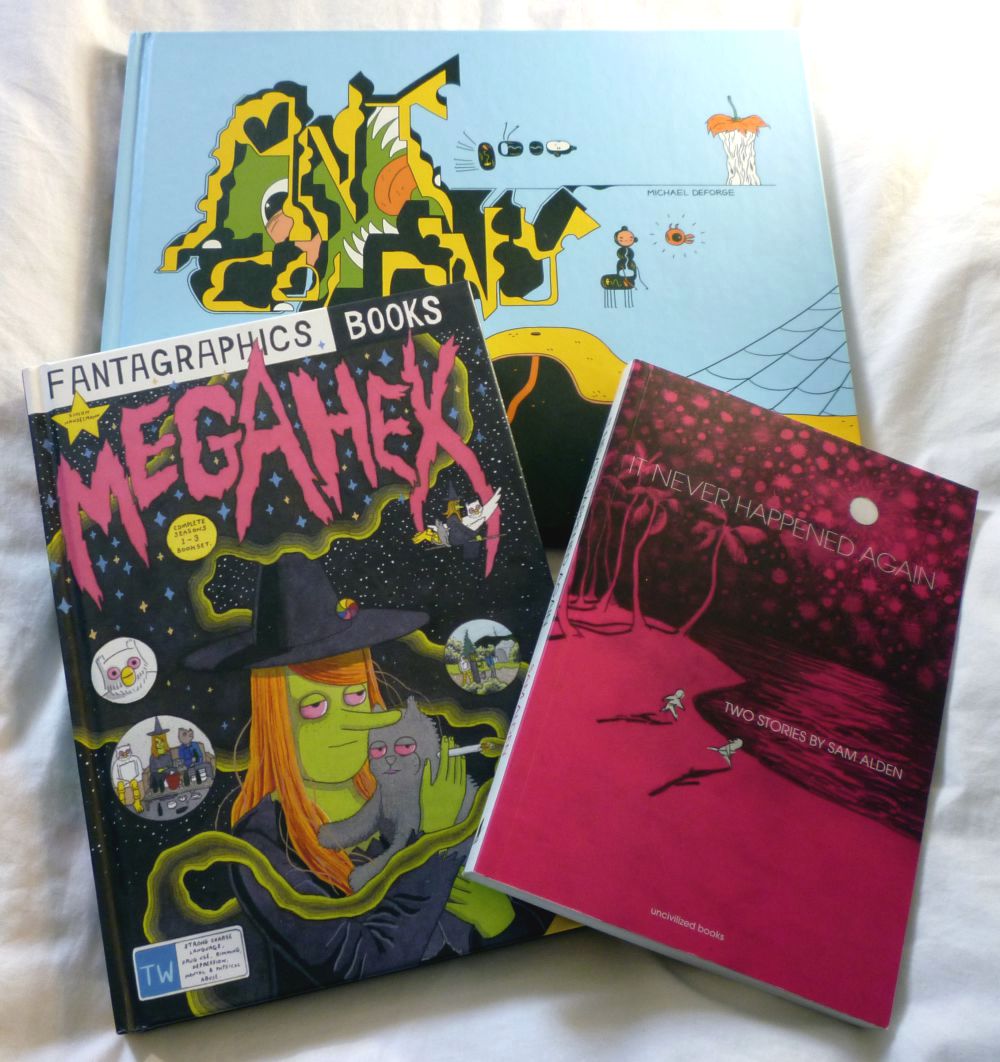 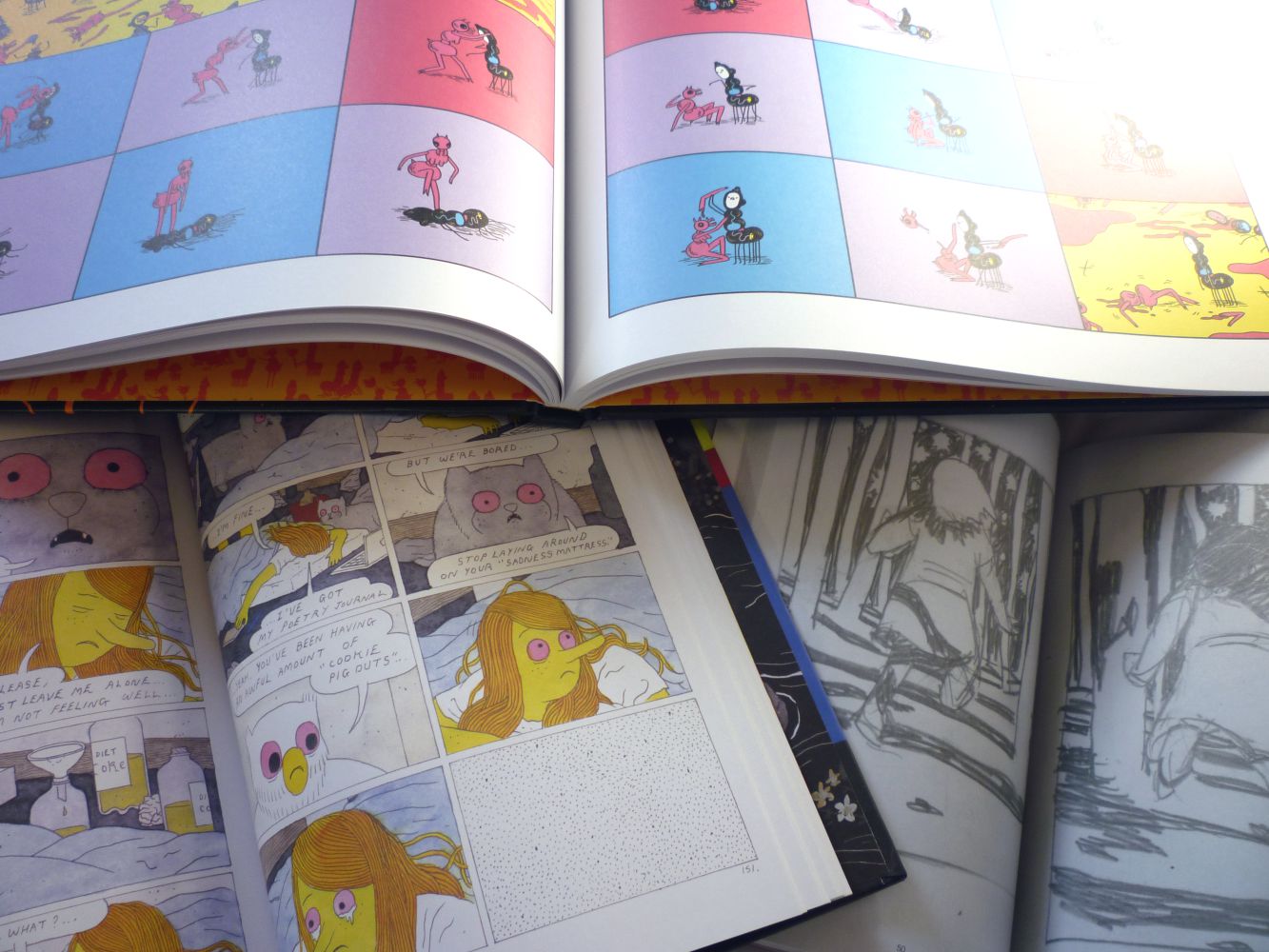 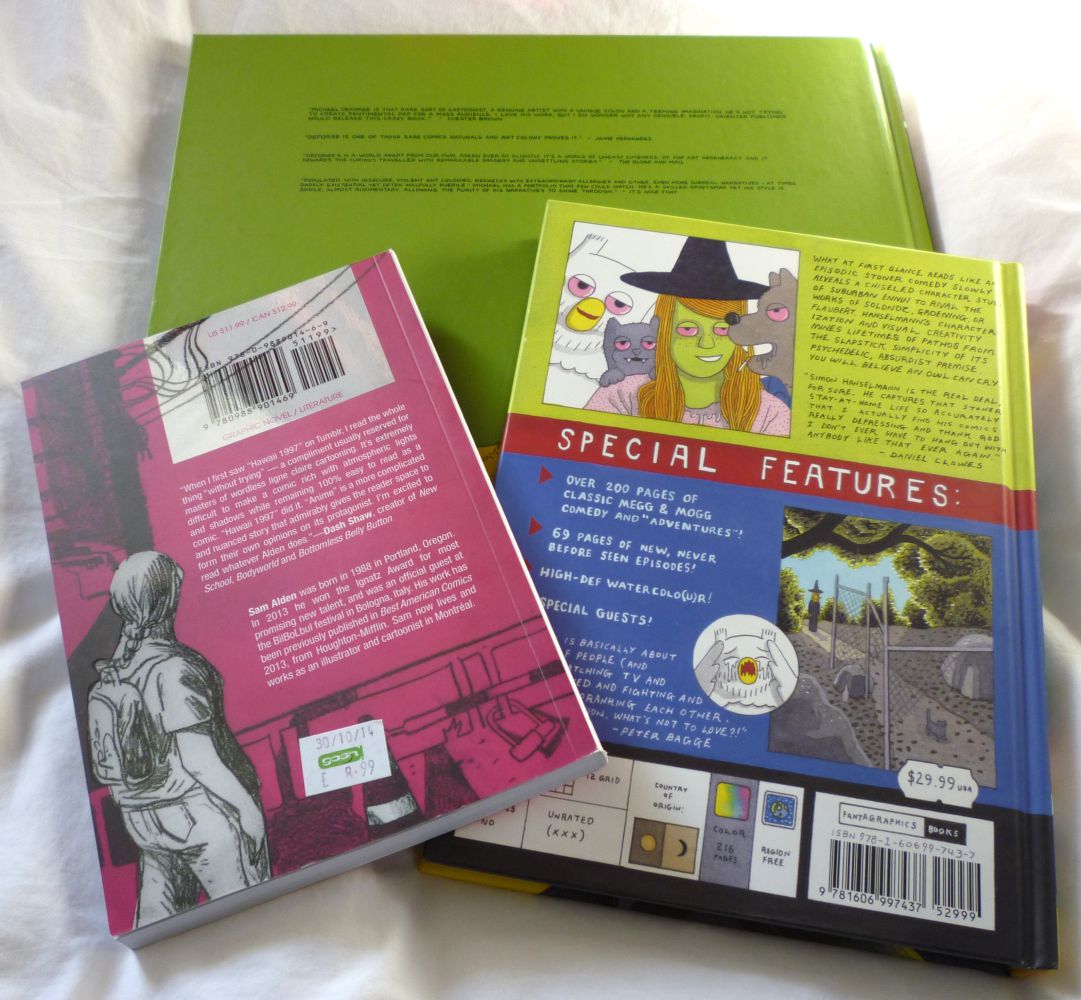 Actually, on reflection, maybe these three graphic novels have more in common than I figured, because the two stories in It Never Happened Again also deal with loss, alienation and estrangement (and at least one of them originally appeared online too) – the first, "Hawaii 1997", in the form of a joyful encounter on a beach between a young boy and girl which ends with a devastating parting shot, the second, "Anime", by examining a wannabe Otaku's futile search for meaning and belonging in places and things rather than in real life. Alden's loose pencil approach helps to lend the enterprise its naturalistic feel, but the flow of the storytelling is just as important; there's a serious talent at work here, as a glance at Alden's Tumblr and website will confirm, one that in the scope of the artist's extant comics and the potential of those still to come brings to my mind at least the great David Mazzucchelli.
Posted by Nick Jones (Louis XIV, the Sun King) at 16:30 No comments: