In my previous 80s Comics Cavalcade post I mentioned how Doug Moench and Gene Colan's 1983–84 stint on Detective Comics and Batman made a big impression on 13–14 year-old me. But what I didn't mention was that it was probably the issue just preceding Moench's run that made the biggest impression of all: Detective Comics #526, written by Gerry Conway, art by Don Newton and Alfred Alcala. 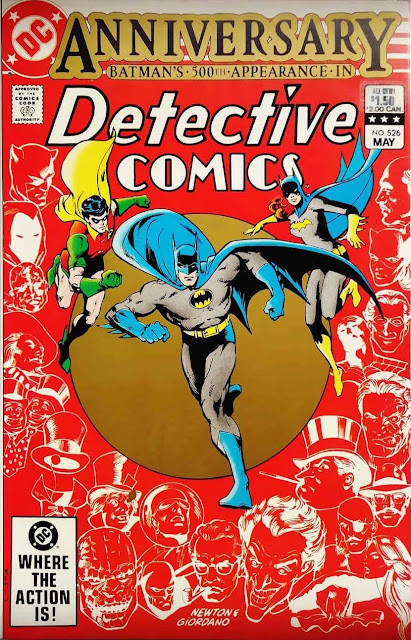 I would have been on the cusp of 13 when this issue was published in 1983; cover-dated May, it was published in the US on 24 February, so I reckon it would have made its way over to British newsagents by early March – newsagents being where I bought the majority of my American comics at that point (I wouldn't find my way to any of London's comic shops for another year or so). I even know which newsagent I bought it in: a corner shop (long since converted to residential use) opposite Beckenham Rec on Croydon Road, south London, which I'd walk the 20 minutes to from my house at least once a week to see what new American comics might have arrived.

So vivid is my memory of buying this issue that I can pretty much picture it on the right-hand side of the bottom shelf, where the US comics were kept, its gold-stamped cover calling to me... although the copy seen here isn't actually the one I bought back then: my original copy is long gone, sold, I expect, to central London back-issue specialists LTS/Paradise Alley off Denmark Street, where a lot of my comics ended up (flogged off to feed a subsequent habit: the acquisition of import electro/hip hop 12"s from Groove Records on Greek Street). This particular copy is a more recent purchase, nabbed by chance on a flying visit to Uncanny Comics in Worthing. 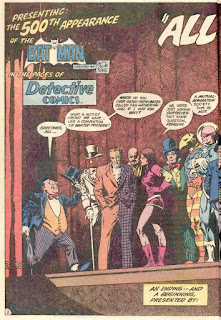 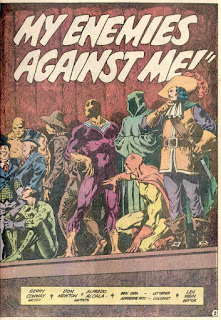 Reading it again over 35 years on from first exposure, I experienced a rush of nostalgia, pages and panels so familiar to me that I can only conclude that teenage me must have read and reread the comic countless times. It's easy to see why. A 68-page square-bound anniversary issue, boasting a 56-page story (plus ads, plus a celebratory Bob Kane pin-up page), Detective #526 features all of Batman's recurring villains teaming up to take him down – an obvious conceit on reflection but one which I'd not come across before (and have rarely seen since). 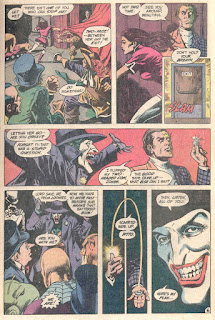 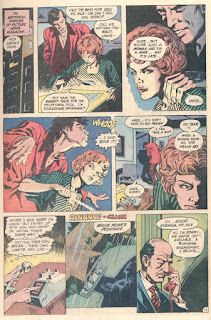 But I was most struck by how the smaller character moments have stayed with me all these years: the way Conway and co. deftly demonstrate Two-Face's mercurial nature by having him let Talia al Ghul escape after his scarred coin lands good side up; Vicki Vale, working late, having to forcefully fend off the unwanted amorous advances of a sleazy colleague; Batgirl (Barbara Gordon) revealing to a shocked Dick Grayson that she's worked out that he and Bruce Wayne are Batman and Robin; various bizarre villains (some of whom I would have recognised at the time, others I wouldn't; this wouldn't have been the first Batman comic I read, but it was an early one) unused to working together, blundering into one another and taking each other off the field. 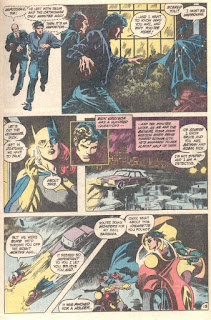 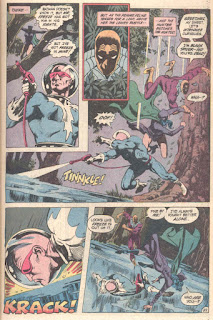 I also see things now I didn't see then, notably Conway's refreshing characterisation of Batman as a relatively balanced individual; a crime-fighter more than a crusader; an adventurer rather than an avenger: a Batman who quips, as opposed to a Batman Who Laughs. As Batman, Talia and Catwoman race to their cars, Conway's narration notes: "Three grins light three grim faces. This is what they love: in a way, it's what they live for. The chase. The hunt. The thrill of facing the unknown." 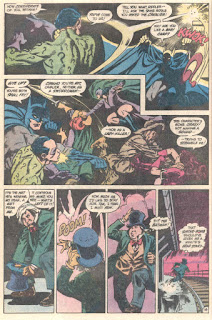 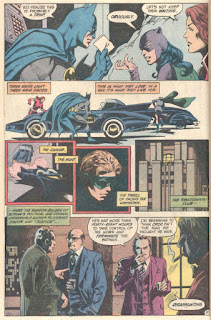 Such is the nature of nostalgia that we believe the things we loved as kids – comics, books, TV shows, films, toys – were better than the things that came later, irrespective of whether they were or not, and no doubt that's the case here too. Even so, reading Detective #526 again at this remove, I think there's more going on here. I've read a lot of brilliant Batman stories over the years – The Dark Knight Returns, Year One, too many others to name – but I struggle to think of a single issue – as in a stand-alone, effectively done-in-one instalment – as good as this one. The best Batman comic ever? That's a bold (maybe even a brave and a bold) claim. But Detective Comics #526 is hard to beat. 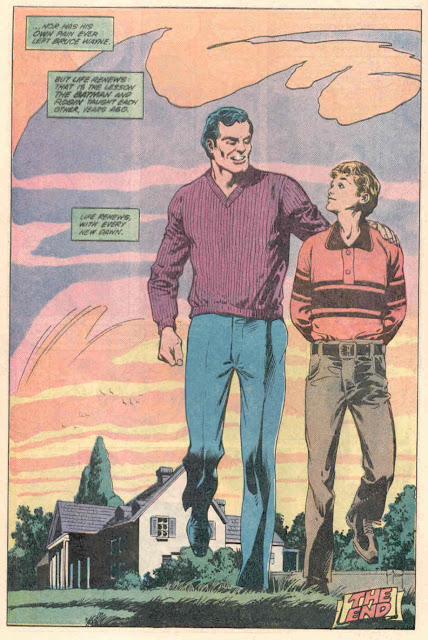