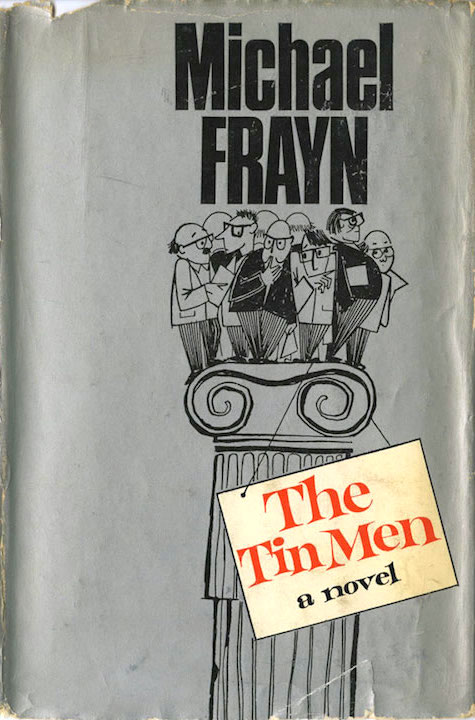 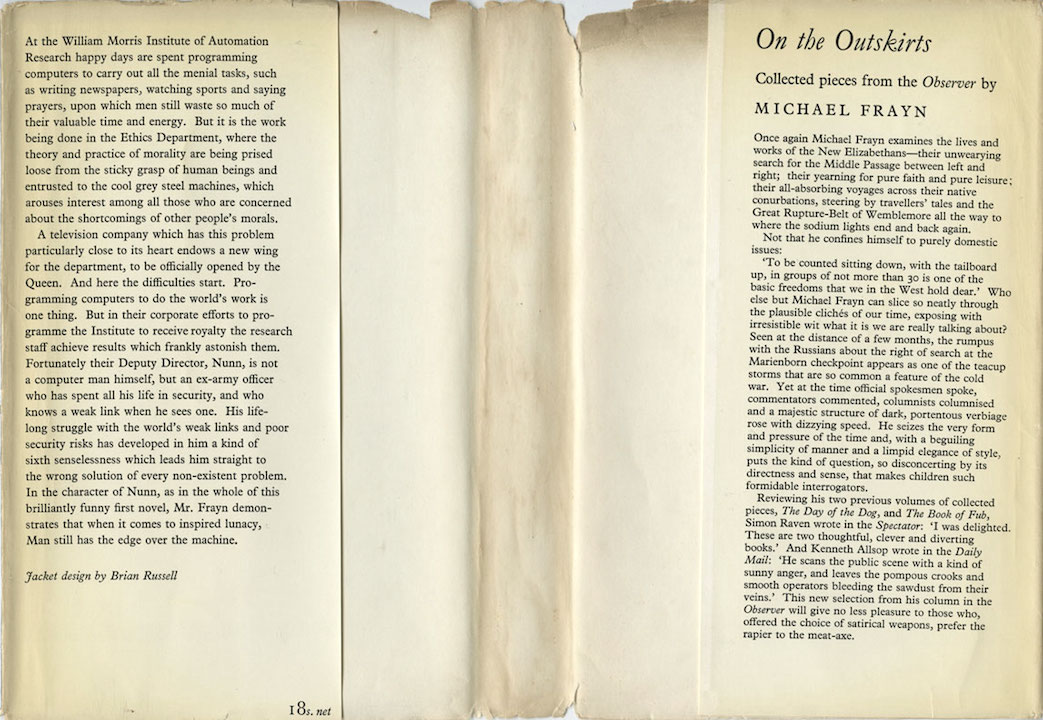 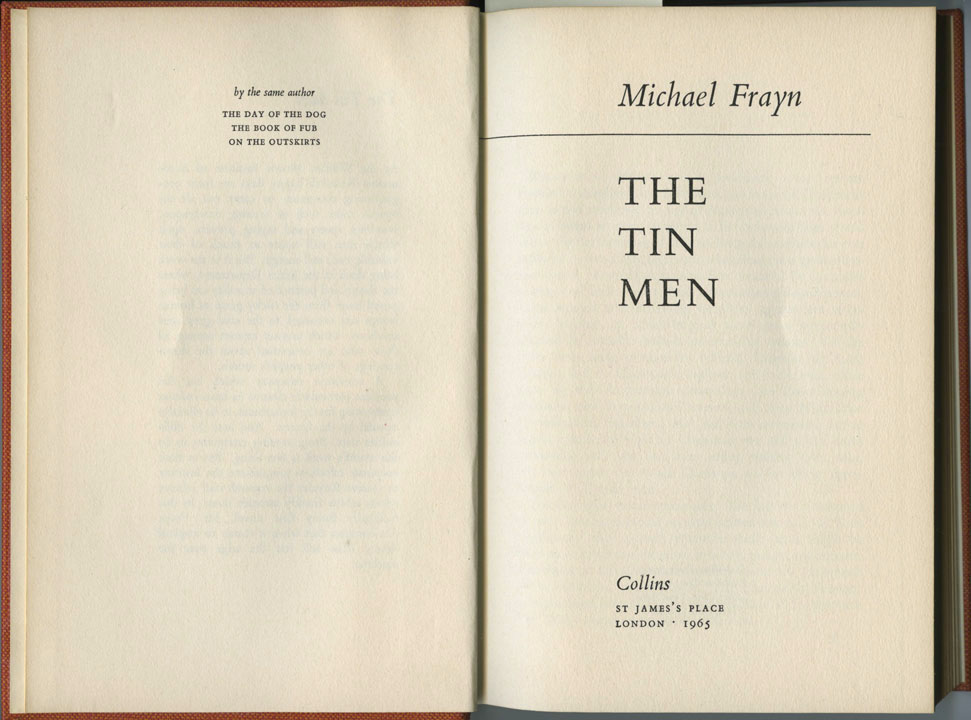 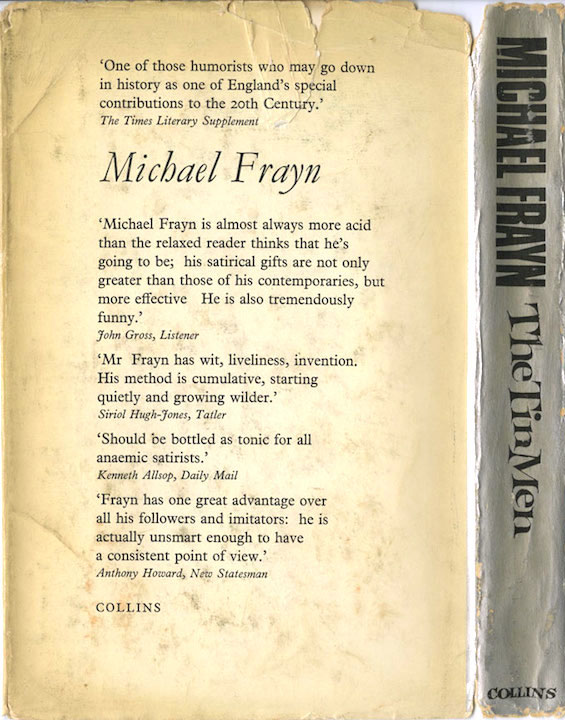 Incidentally, I was on the train the other Friday, coming back from London – I'd been up in town for The Art of Neil Gaiman launch that evening – and sitting around the same table as me were three slightly pissed teenage girls. I was minding my own business, reading my first edition of The Tin Men, when I noticed one of the girls was blearily studying the back of the book. She looked at the quotes on the back for quite a while before muttering, "Michael Frayn. We did some of his at school." Guessing that she meant some of Frayn's later work – I think Spies (2002) went onto the syllabus in 2006 – I reported that I'd only read some of his early stuff, which I liked, and asked her what she thought of what she'd read. She gave me a small drunken smile and said, "Bit boring."
Posted by Nick Jones (Louis XIV, the Sun King) at 04:00