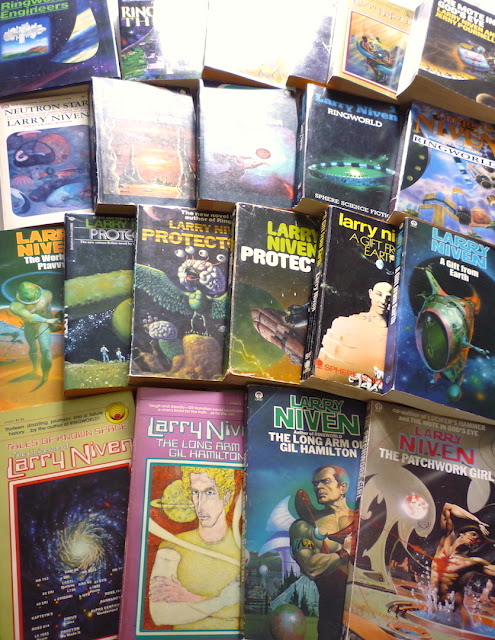 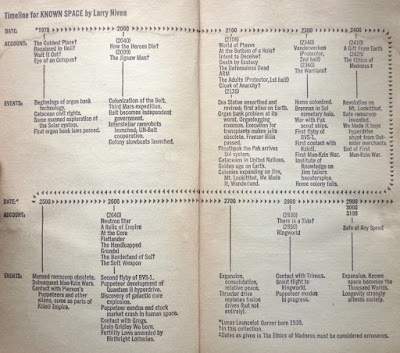 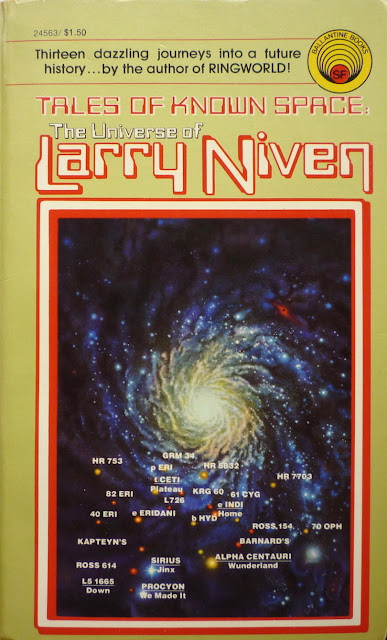 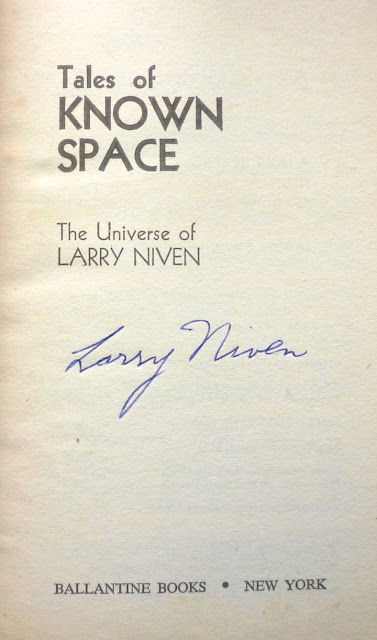 Thus far I've read Tales of Known Space, World of Ptavvs (1966; a typically exuberant, slightly scrappy novel in which 22nd-century humanity runs afoul of a mind-controlling alien hailing from a billion-year extinct slaver society) and The Long ARM of Gil Hamilton (1976; in which the eponymous agent of UN police force the Amalgamation of Regional Militia solves three confounding crimes – usually with an organlegging element to them – on 22nd-century Earth), and I'm partway through Protector (half of which is set in the 22nd century, the other half in the 24th). Once I've finished that, I plan on moving on to the 1968 novel A Gift from Earth (which according to the Tales of Known Space timeline is set in the 25th century, although Niven's own site begs to differ), then the 1968 collection Neutron Star (27th-century stories of 'crashlander' Beowulf Shaeffer, among other matters), and lastly Ringworld (set in the 29th century). Whether I'll fly any further into Niven's future history beyond that point remains to be seen.
Posted by Nick Jones (Louis XIV, the Sun King) at 08:00 5 comments: