When is a book not a book? Or rather, when is a magazine not a magazine? Actually it's kind of moot, because the answer is the same: 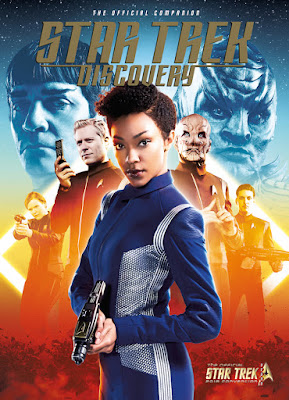 When it's a bookazine. In this instance, Star Trek: Discovery: The Official Companion, a guide to the first season of the newest Star Trek show, arriving in bookshops and comic shops and online outlets in the US in the next few days (having made its debut at the Star Trek Las Vegas convention earlier in August, under the shiny gold-logoed con-exclusive cover above), and in newsagents in the UK on 26 September. In other words, in plenty of time for the November DVD/Blu-ray release of Discovery Season 1, to which the Companion will make a fine, er, companion. 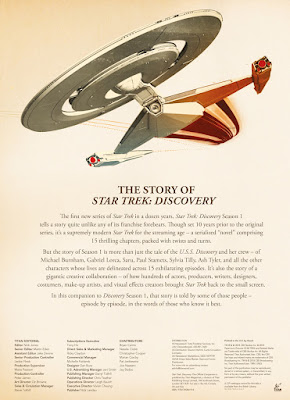 How do I know this? Because I edited the thing, conceiving and assembling it with the indispensable assistance of designer Dan Bura, CBS's Marian Cordry, and a crack team of writers culled from the official Star Trek Magazine (of which I am also editor). 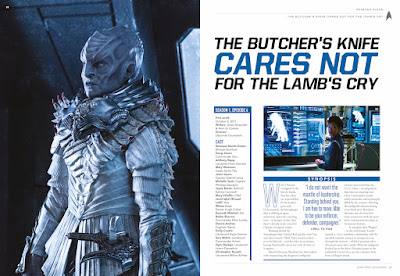 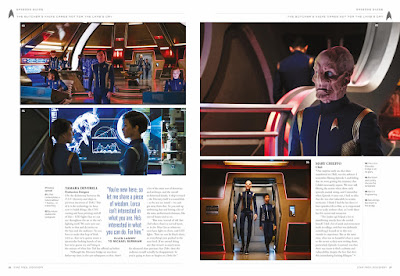 My grand plan for the Companion, such as it was, was to try and tell the story of Discovery Season 1 from both sides of the camera. So while in one sense it's an episode guide, with plot summaries, cast and crew credits, pertinent character quotes and plenty of pictures, in another it's a behind-the-scenes 'making of', with production insights and commentary from many of the principal creative types – such as Season 1 executive producers and showrunners Gretchen J. Berg and Aaron Harberts; production designer Tamara Deverell; costume designer Gersha Phillips; prosthetics and make-up maestros Glenn Hetrick and James MacKinnon, and VFX supervisor Jason Zimmerman – along with actors Mary Wiseman (who plays Sylvia Tilly), Mary Chieffo (the Klingon L'Rell) and others. 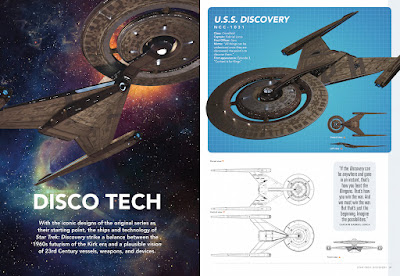 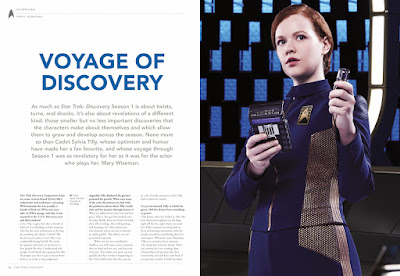 I wouldn't say it's as exhaustive a document of the making of Discovery as, say, Larry Nemecek's venerated (not least by me) Star Trek: The Next Generation Companion was of the making of TNG, but it's a decent opening shot, I reckon, ahead of any more thorough making-ofs that may materialise down the line. 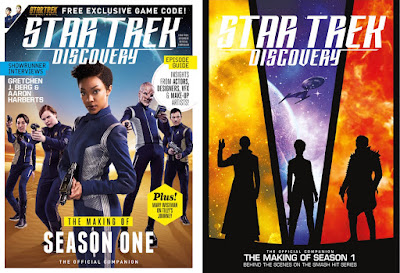 In any case, I'm quite pleased with it. And as further inducement for anyone minded to pick up a copy, there are four fetching covers to choose from: the aforementioned Star Trek Las Vegas cover; a newsstand one; a Diamond Exclusive one, and a hardcover edition. Collect the set and be the envy of all your friends – or at least those with a more-than-passing interest in Star Trek. 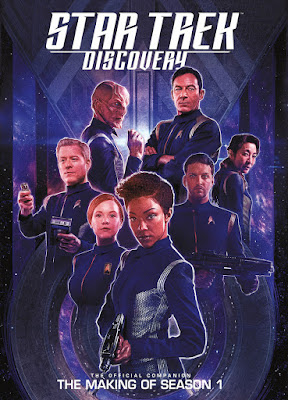