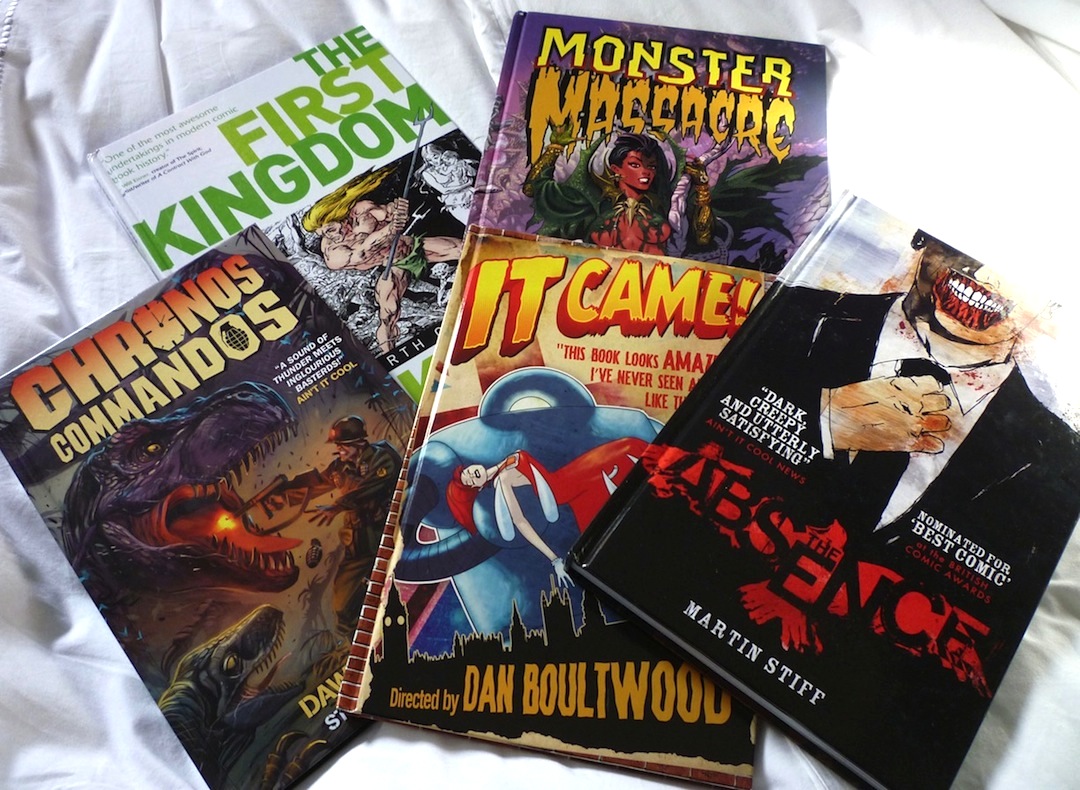 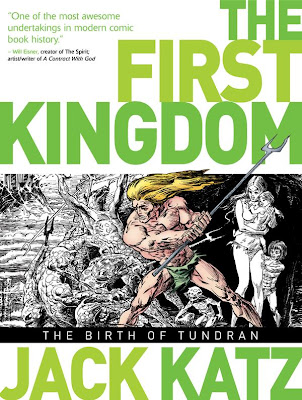 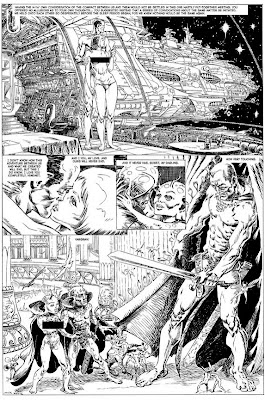 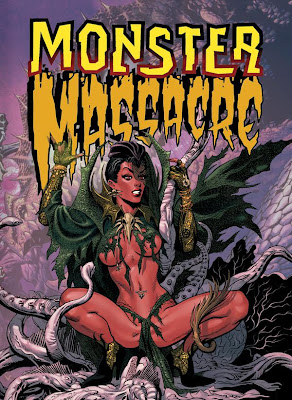 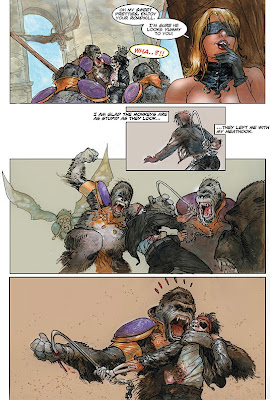 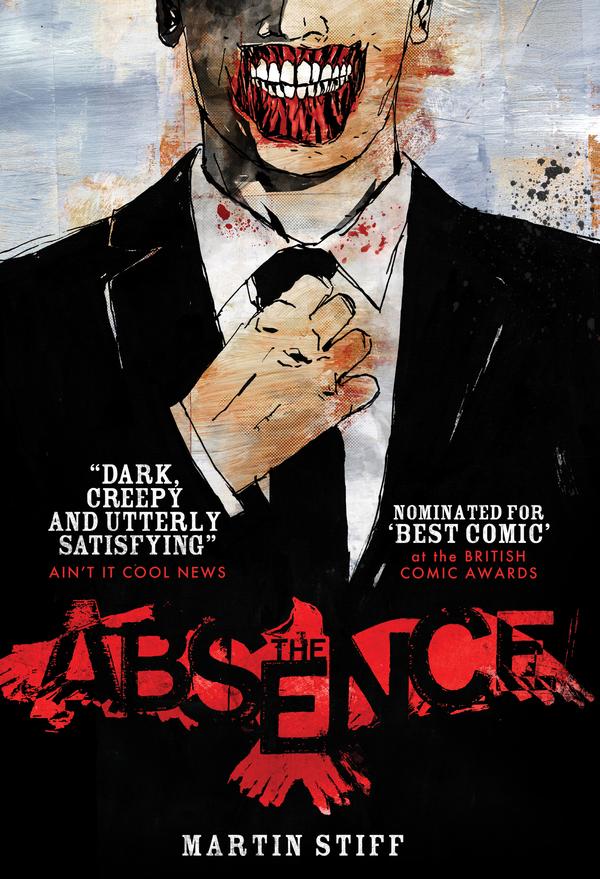 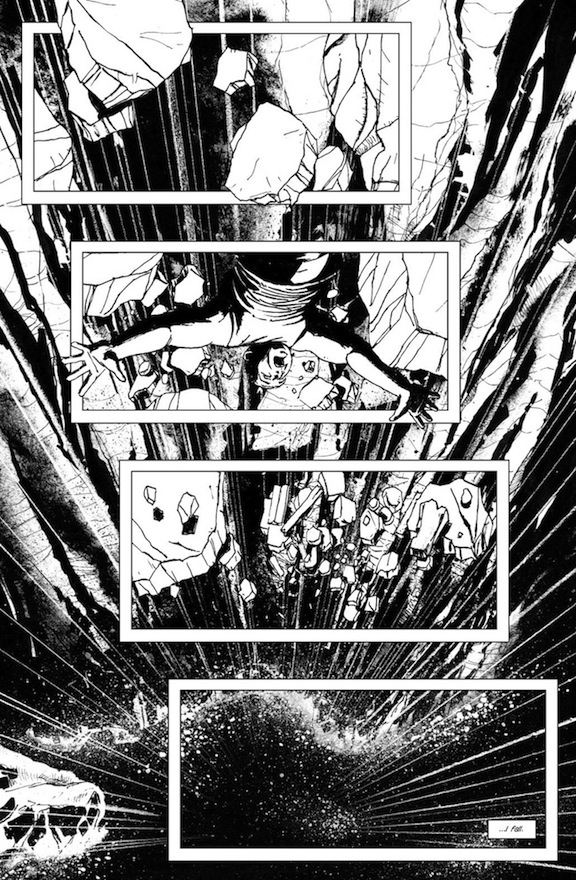 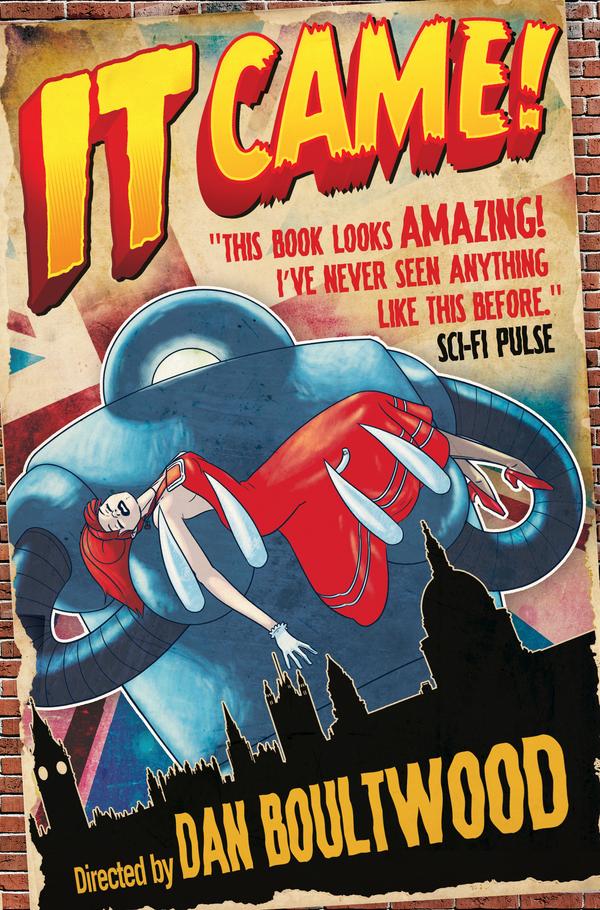 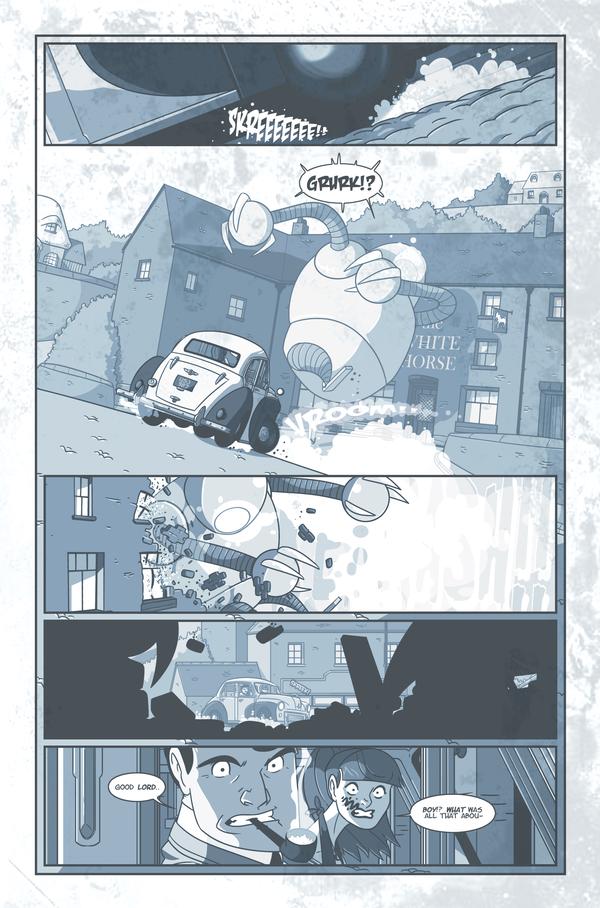 Dan Boultwood's It Came! and Stuart Jennett's Chronos Commandos: Dawn Patrol again respectively collect comics series, but in both cases the series were originally published by Titan last year. I must admit that Jennett's furious mix of war comic and dinosaur romp didn't do an awful lot for me, but I rather liked Boultwood's riff on '50s Brit sci-fi flicks. The constant comedy "by crikeys" and "bloody noras" become a bit wearisome, but there are some subtler touches – like the just-visible thread suspending the flying saucer – and Boultwood's monochrome animation-style artwork is easy on the eye. Nice bonus material too, especially the adverts and trailers before "our feature presentation".
Posted by Nick Jones (Louis XIV, the Sun King) at 08:00 2 comments: