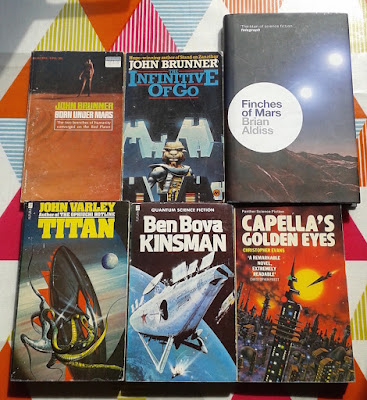 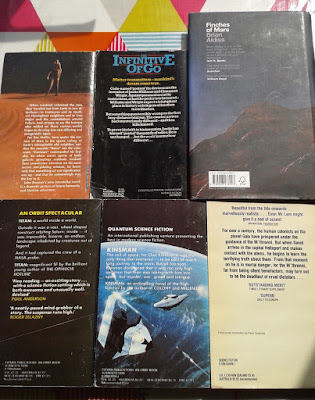 I was especially pleased with the Varley and the Evans – Varley is an author I'm very interested in right now, while Evans is a name I'm unfamiliar with but who comes recommended by Christopher Priest – but they all look promising, and together constitute quite a nice little score, all the more so for being so unexpected. The temporary stall-holder told me the books were his rather than the regular proprietor's and that he had more science fiction in storage, which he would dig out and bring along on a day I would be likely to be passing, if the weather was clement. I've been by the stall a couple of times since – on clement days – but as yet no luck. I live in hope.
Posted by Nick Jones (Louis XIV, the Sun King) at 04:30 8 comments: