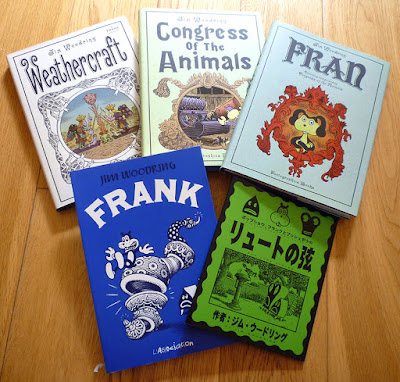 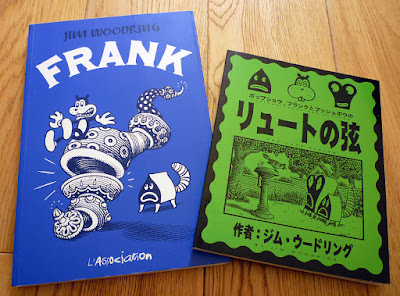 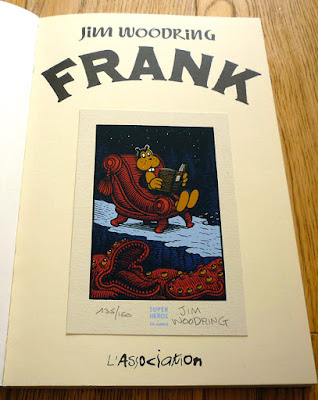 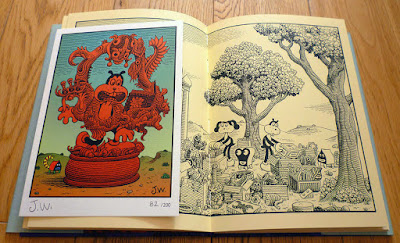 With its circular illogic – best appreciated in conjunction with Congress of the Animals (although that book seems to be out of print at the moment) – and the queasy, unsettling hold it exerts, Fran is typical of Jim Woodring's Frank comics – a remarkable and remarkably consistent body of work. Indeed, one could compare Fran with the stories collected in Frank, most of which are around twenty years old, and discern no real difference in either quality or style, although I suppose that shouldn't really come as a surprise given the hermetically sealed nature of the universe in which Frank exists. Even so, I think I would still point the Woodring/Frank neophyte to the story "Gentleman Manhog" – or "Gentilhomme porc" as the L'Association edition of Frank has it – as being the Frank story par excellence: a savagely ironic tale of degradation and enlightenment, one which evidently inspired Woodring enough that he reprised and expanded on it for Weathercraft.
Posted by Nick Jones (Louis XIV, the Sun King) at 07:30 No comments: