A little remarked-upon aspect of the graphic novel partwork I'm editing, the DC Heroes & Villains Collection – well, little remarked-upon by me, anyway – is that if you subscribe to the collection you get free stuff! I've had absolutely no input into the free gifts that have been arranged for subscribers – my purview is the graphic novels themselves – so I'm not really beholden to anyone when I say that the two I've received thus far (you get four altogether – plus a free volume – spaced out across a few deliveries) have been bloody great. 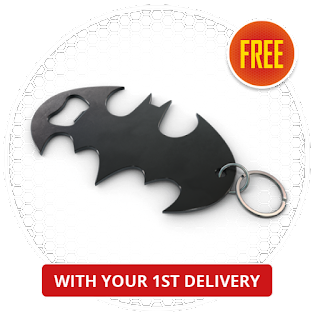 The first one, a metal Batman bottle opener keyring, turned out to be surprisingly sizeable and hefty, with the potential to be used as an actual shuriken-style Batarang once your beverage of choice has been de-lidded (perhaps to fend off anyone foolish enough to try and steal your beer). 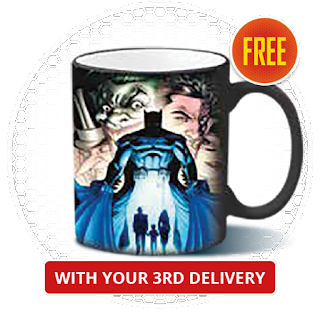 Just as surprising was the second gift, a heat-changing mug sporting the Andy Kubert image from the cover of our debut release Whatever Happened to the Caped Crusader? I did dimly recall it was heat sensitive as I dropped in a teabag and filled the mug up with hot water, but it was still a delight to behold the villains behind Batman – Penguin, Joker, Two-Face and Catwoman – being slowly revealed. 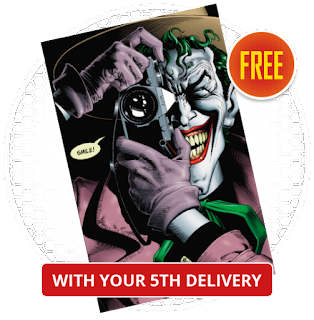 The next free gift I'll be getting should be a metal version of Brian Bolland's Batman: The Killing Joke cover art (look out for the inside story of that cover's creation in the bonus feature in our tenth release, Joker: Last Laugh), followed by potentially the best of the lot, a pair of metal Batman and Joker bookends to keep the gradually growing collection upright and together. 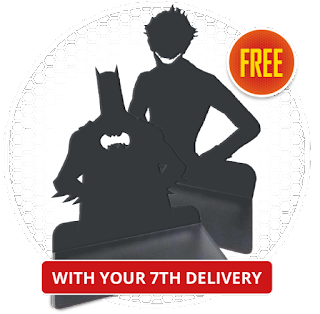 The DC Heroes & Villains Collection is a genuine labour of love for me – something I plan on expanding upon in a future post – and it's been a pleasure seeing the reactions of readers in the Facebook subscribers' group to the books we've been putting together; but these free gifts have been an unexpected added joy – something I get to to share in common with everyone else who's along for the ride on this collection.
Posted by Nick Jones (Louis XIV, the Sun King) at 05:00 No comments: