Having added a couple more Desmond Cory dustjackets to my Beautiful British Book Jacket Design of the 1950s and 1960s page (alongside eight other new additions, bringing the total up to fifty), I figured it was about time I returned to Mr. Cory and his Johnny Fedora spy novels, chiefly because I've tracked down some more hard-to-find Fedora first editions, which I'll be showcasing later in the week. Before we get to those, though, let's take a look at a non-Fedora novel: 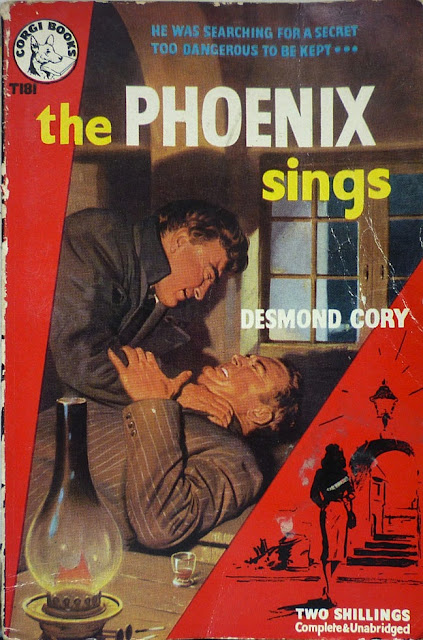 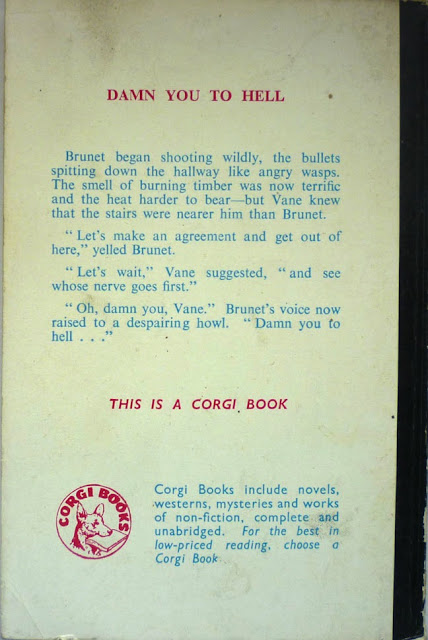 This is the Corgi paperback edition of The Phoenix Sings (cover art uncredited), published in the UK in 1956, a year after the Frederick Muller hardback. A standalone work, it's the first-person account of Adam Vane, a down-on-his-luck former British intelligence operative in Antwerp, who is recruited by a shady associate to smuggle diamonds to Amsterdam, consequently finding himself caught up in a deadly game of espionage. The official Desmond Cory Website has a little more about the novel here, including the fact that it was turned into a movie, Mark of the Phoenix, in 1958, directed by Maclean Rogers. 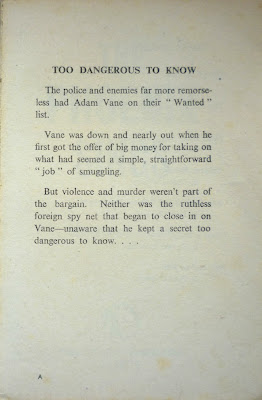 I spotted this copy on eBay and managed to nab it for £1.20 (plus postage, obviously, which took the total up to a staggering £2.35), which was quite the bargain, not least because The Phoenix Sings is virtually impossible to find in any edition; there is currently one copy of the Muller hardback on AbeBooks, but it's lacking a dustjacket, and there are no copies for sale whatsoever on Amazon Marketplace. See, as I mentioned in my initial Desmond Cory post in January, although Cory's novels are slowly being turned into ebooks, physical copies of many of his books are in decidedly short supply – with the honourable exception of the later Johnny Fedora novel Undertow, which is available as a print-on-demand paperback (and ebook) courtesy of Mike Ripley's Top Notch Thrillers imprint. 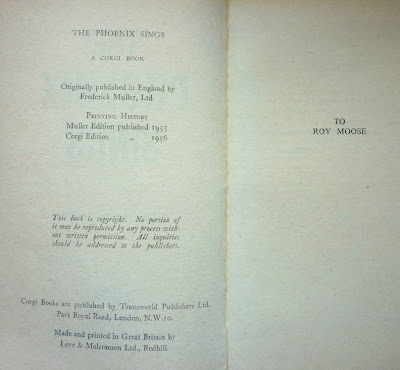 Certainly the next Desmond Cory novel I'll be showcasing – a very early Johnny Fedora first edition, one of three Fedora firsts I'll be blogging about in quick succession – is extremely uncommon, so much so that I had to go all the way (electronically speaking) to New Zealand to secure a copy...
Posted by Nick Jones (Louis XIV, the Sun King) at 05:36