For the final Desmond Cory post in this current run, let's take a look at a first edition of probably the best of the Johnny Fedora spy novels, sporting a strikingly typographical dustjacket which I've now stuck in my Beautiful British Book Jacket Design gallery (along with the jackets of Dead Man Falling and Johnny Goes South) – and the book in question is one I've actually blogged about before... 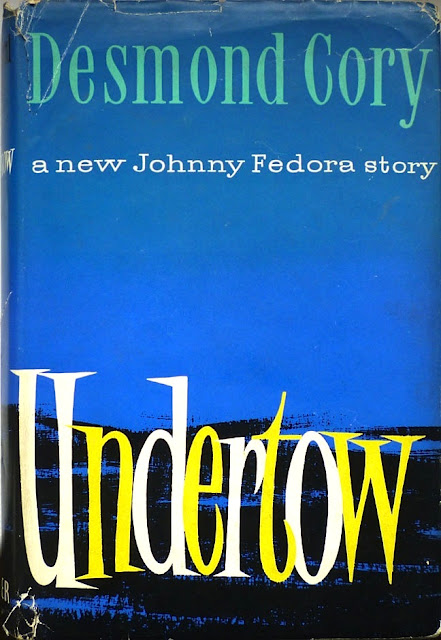 Published in hardback in the UK by Frederick Muller in 1962, Undertow is the twelfth book in the Johnny Fedora series, and the first book in what's known as the Feramontov Quintet – the five books which close out the Fedoras, all of which feature Johnny's Russian nemesis, Feramontov. Which, of course, we're all well aware of, as I covered the Feramontov Quintet extensively during my initial run of Cory posts in January, as part of which run I reviewed Undertow. (In fact I've reviewed it twice: I subsequently re-edited my Existential Ennui review of Undertow for the Shots crime fiction website.) 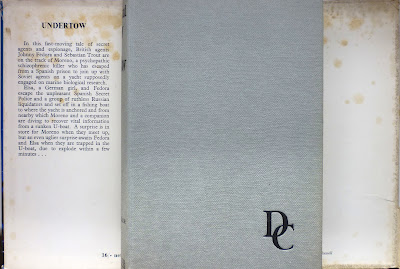 So why am I returning to Undertow now? Because back then, the closest I could get to a true first of the novel was a 1963 US edition, and nice though that is, it was the Muller edition I really wanted – partly because my personal preference as a book collector is for British first editions (especially when the author is British, as Cory is), partly because I'm mentally unbalanced, but also because I ranked Undertow as the third best book I read in 2011 (beaten only by Anthony Price's The Alamut Ambush and Dan J. Marlowe's The Name of the Game is Death). 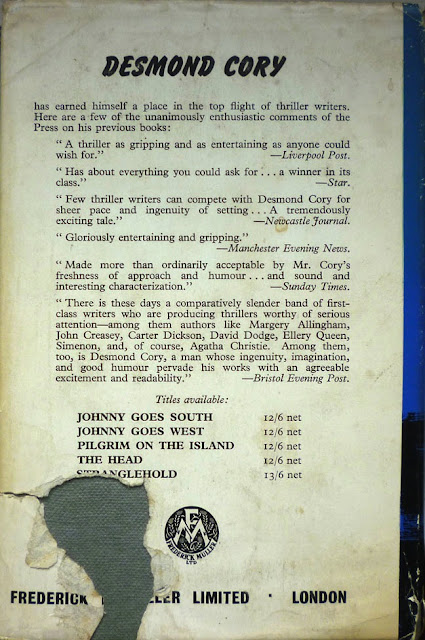 Imagine my delight, then (and really, at this point, that shouldn't require too much imagination on your part), when just the other week I stumbled upon a copy of the Muller first of Undertow whilst browsing the Oxfam Books website, on sale for a tenner. The dustjacket – designed by Brian Russell – has a piece missing from the back, but other than that it's in pretty good nick, and considering there are only three copies of the Frederick Muller edition of Undertow currently listed on AbeBooks – one missing its jacket and the other two in New Zealand (and not in as good a condition as mine anyway) – was quite the bargain. 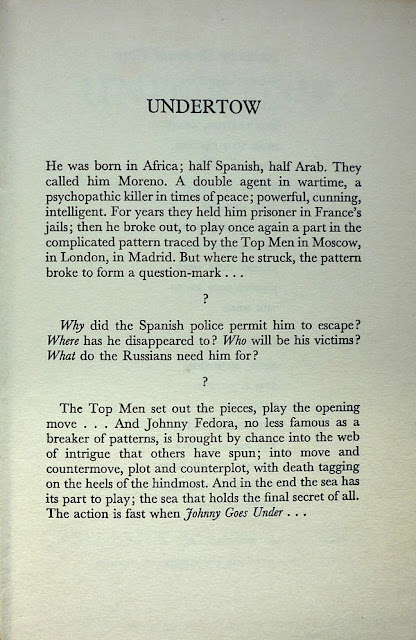 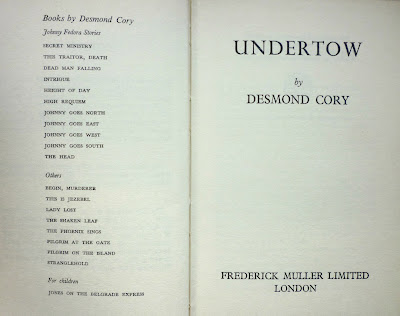 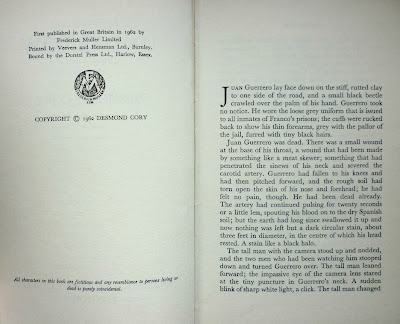