2010: A Review of the Year in Books and Comics; 1. Sweeping Generalizations

Right then. A day or two later than planned, but it's time to begin the Existential Ennui Review of the Year! I cannot tell you how excited I am about this – note the exclamation mark ending the previous sentence – largely because I'm not in the slightest bit excited. But I can at least summon a smidgen of enthusiasm for what lies ahead in this series of festive posts looking back on the year that was. 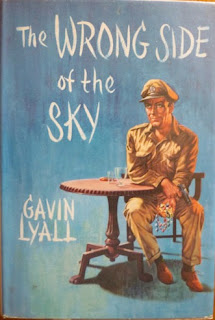 A word of caution, however: while this will be, as the title of this post suggests, a review of the year in books and comics, they almost certainly won't be the same books and comics reviewed elsewhere – y'know, on those other, immensely more popular websites and in those immeasurably more widely read magazines. In those places you'll get lists of and commentary on the new books and comics – and movies and music and so on – that made an impact this year, which is always terribly useful if you've overlooked or missed anything (a service the year-end issue of Artrocker magazine is providing for me right now). Here, however, in what will no doubt prove to be an intermittent series of posts, I'll be writing about the books and comics I read this year. Which, considering most of them were published at least thirty years ago, will be a fat lot of use to all concerned.

Never mind. Perhaps I'll be able to offer some wit or insight to make up for the dated nature of my annual audit. On past evidence, probably not, but we live in hope. Over the next week or two you can look forward to (if that's the right phrase) a number of thrilling posts on the books and comics I bought and read in 2010. Admittedly, as of right now I'm not entirely certain what many of these posts will consist of – I know there'll be a list in there somewhere, and there might be a review or two – but they'll definitely be thrilling. Definitely.

As is traditional with these year-endy things, though, let's begin with some Sweeping Generalizations, wherein the trends and movements and themes of the year are identified and contextualized. And for me, the main trend this year, so far as my reading habits went, was the move away from comics and towards novels. This was prompted partly by a burgeoning – or rather re-burgeoning – interest in books (which actually began last year) and partly by comics being a bit, well... shit. 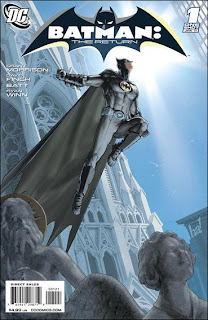 I've had many a lengthy discussion about the dearth of decent comics this year with famed Spandex creator Martin Eden, and the entirely scientific conclusion we've reached is: it's not us, it's them. As in, it's not so much been mine and Mart's lack of enthusiasm for comics – although I suspect that played a part – as it has been Marvel and DC's lacklustre output. The Big Two comics companies – who, let's be honest, together produce the vast majority of the comics we weekly (or, in my case, fortnightly these days) comic shop-goers buy – have had a pretty poor showing this year, so much so that, with the exception of Grant Morrison's Batman stuff, I've effectively stopped reading DC comics. Over at Marvel, meanwhile, Bendis and Brubaker have gone off the boil, and the younger crop of writers have proved to be not quite as good as their forebears.

In fact, things got so bad, and I got so bored, that I stopped doing my weekly Must Be Thursday blog posts. So at least some good came of a crap year for comics. 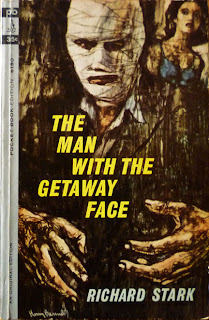 But while comics may have been a bit rubbish, there were plenty of musty old novels to take their place, in particular those written by one Donald E. Westlake. Yes, for me, 2010 was the Year of Stark, as a long-held ambition to read one or two of the Parker novels written by Westlake under his Richard Stark nom de plume turned into a frankly ridiculous hunt for first editions of not only the Parker books but the Alan Grofield ones too – not to mention other Westlake novels besides. It wasn't all about Westlake, though. It was also the Year of Ross Thomas, and of Dennis Lehane, and of Gavin Lyall, and of many more besides. Some of these minor obsessions were inspired by the writings of Book Glutton and Olman and Trent, as we all egged each other on; some were pure happenstance. But all have led to a revelatory year of reading pleasure.

It was also, it should be mentioned, the Year of Unwellness, as a festering ulcer deep inside me finally decided to burst, leading to the events of That Night and its aftermath. I'd like to report that the whole episode has enlightened me somehow, but I'm not sure it has, beyond eating a little better and not smoking or drinking (not that I did much of either anyway). It's just possible, however, that it resulted in a renewed intent as regards my final Generalization. 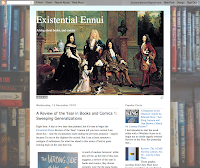 Because perhaps more pertinently than any of the above, 2010 was the year I got my blogging shit together. I've been blogging on and off now for about five years – not just here, but on a couple of predecessors too, one of which still survives – for the most part never with much point or purpose. But I started to gain some blogging momentum from January, and by April I was getting into a good groove, as I focused more on books and book collecting and began to realise that Existential Ennui might become a minor internet destination of sorts – or at least an entertaining sideshow. Over the rest of 2010 I think it really came into its own, so, in a hideously self-referential navel-gazing exercise (which will be different from everything else on this blog how, you might ask?), as part of the Review of the Year in Books and Comics, I'll be reviewing Existential Ennui itself, picking my favourite posts from throughout the year. Oh how very meta it will be. I bet you can't wait.

Go here for the 2010 Review of the Year in Books and Comics, Part 3