2010: A Review of the Year in Books and Comics; 4. The Best or Most Noteworthy Posts Wot I Writ This Year

So apparently there's some weird pagan festival thing happening over the next few days, which I'm told involves the giving and receiving of gifts that are neither wanted nor indeed much of a surprise and the eating of copious amounts of farm-reared fowl. Christ knows what that's all about (ba-dum, tish!), but it does mean that Existential Ennui will be going on hiatus until sometime next week. However, I wouldn't want to leave you with naff-all to read over the 'festive' period, so I thought I'd collate my pick of what I reckon are the best posts – or at least the more interesting ones, whether in content or for what they represent for the wider blog – wot I wrote on 'ere this year. Some of you will probably have already read many of them, but you never know: the odd one might even bear re-reading. And anyway, there could be passing trade over Christmas who may not have had the pleasure – to whom I can only apologise and declare that it all made sense in my addled mind at the time.

Merry Christmas, and try not to throttle each other. 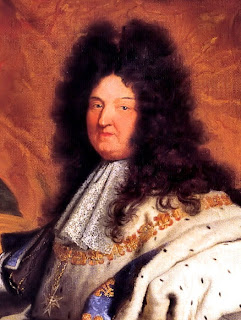 Looking for the Perfect James Bond (and Ripley too)
Kind of does what it says on the tin.

A brief note on Richard Stark's Point Blank, and another on The Man with the Getaway Face

A Bookshop Tour of Lewes
Quite silly, but also reasonably useful if you should ever find yourself in Lewes, the East Sussex town in which blah blah snore...

Thoughts on the Stark Cutaways in the Parker novels
That rarest of things on Existential Ennui: a little critical insight. Just a little, mind. There's also a follow-up post on the Stark Stooges.

A Parker Progress Report on the Allison & Busby editions
Their value (at least as perceived by me back in April) and how many I'd managed to collect by this point. Fascinating stuff, I'm sure you'll agree.

Short reviews of The Score and The Jugger
I think we're beginning to see clearly the Stark-centric nature of Existential Ennui this year... By the way, I've since replaced the Allison & Busby paperback of The Sour Lemon Score seen in this post with a nicer copy. That's how weird and obsessive I am. There is a hint of method to my madness, though, as I'm planning a post soon on the later A&B Parker editions. That's my excuse, anyway.

The first of a number of posts on the UK Coronet paperback editions of the Parker novel
These bored readers of this blog to tears throughout the year. There's another one here, another here, and another here.

A snapshot of my comics habit in April

Do you really want to read a report of a trip to a bookshop in Arundel?
Well here's one anyway.

A post about Garth Ennis's Punisher Max which I retrieved from an earlier version of Existential Ennui because I was quite pleased with it. And I still am, so here it is again. I'm gonna get me a bumper sticker proclaiming my recycling credentials. Except a bumper sticker proclaiming recycling credentials would be slightly counterintuitive. Also, I don't have a car. Also, I can't drive.

Two cover galleries of Patricia Highsmith first editions: one and two. Unfortunately the formatting's a bit buggered in these and I can't seem to fix them now. Oh well.

Another round-up of Richard Stark 'Parker' novels
Now there's a shock. There are further reviews of the Parkers here, here, here, here, and here. Knock yourselves off. I mean out.

Comparisons twixt The Hunter and The Hot Rock: the novels and the graphic novels

A couple of posts on Kingsley Amis, the first of which isn't bad, the second of which is a marked improvement, and one of the few things I've written this year that I'm relatively satisfied with.

Geoffrey Household's Rogue Male, J. G. Ballard's Concrete Island, and William Boyd's Ordinary Thunderstorms
I was quite pleased with this post at the time, but on reflection – and as Olman rightly notes in the comments – it's a little woolly. Still, you may find some worth in it.

This post is a bit pointless, but there's a half decent quip or two in it.

I quite like this post on science fiction author Michael Vyse because his son Owen commented on it.

A lengthy missive on cover artist Robert McGinnis and his covers for the Parker novels. It's not bad, but it's not as thorough as this post on the guy who created the initial Parker covers, Harry Bennett, which has the benefit of added comments from Harry's son and daughter.

A review of Gavin Lyall's The Secret Servant

The day I nearly died

And the day I won an award (kind of)

I'm not sure if this post on Donald Westlake signed editions is at all useful, but there are some pretty pictures of the books at least.

Inexplicably, this post on the Jeff Lindsay Dexter novels versus the TV show is, believe it or not, the most popular post ever on Existential Ennui. At time of writing it's had over 700 hits (UPDATE 24/3/11: it's over 1600 now...), which may not sound a lot in the grand scheme of things, but isn't bad for a single post in under five months. I'm still not sure why, though. Something about it makes it pop up in Google searches for Dexter, especially image searches. Go on: try it. Type "Dexter" into an image search, and there that book cover will be, usually on the first or second page of images. I mean, that's the case with a lot of my posts – Westlake's Jimmy the Kid, for instance, or any number of the Parkers – but I've written about Westlake so much now and been linked to by Trent that that's not so surprising. But the Dexter thing? I'm stumped.

Next: a demonstration of hubris. I was soooo terribly chuffed with myself when I posted these two efforts on first editions versus book club editions, but actually I think I just come across as a complete twat. I mean, I may well be a complete twat, but calling attention to it on a blog is just stupid. And in any case, I suspect my assumption about dustjackets without prices on the front flaps signifying book club editions may in fact be complete balls: they could simply be export editions. And now I've gone and linked to the posts all over again. Sigh.

A review of the crime comic Stumptown
And a moan about comics in general. A recurring theme this year.

Ah, now these are quite good, if I do say so myself: these Notes from the Small Press posts have proved pretty popular, and are a good example of Existential Ennui being useful for a change. If you're at all interested in indie comics, go have a read of these posts on Fast Fiction, Chris Reynolds (which reprints perhaps my favourite comics story of all time), mid-2000s small pressers, Mardou, John Bagnall, and Ed Pinsent and Jeffrey Brown. And there'll be more of this sort of thing next year, fer sure.

This post on a couple of Max Allan Collins novels influenced by Richard Stark is worth a look for the comments on it from Max himself.

This one on John le Carre's worth reading for Roly's assessment of the novelist's later work.

A meditation on James Bond's perceived misogyny that's probably a bit flip, but might have some merit.

Another show-off post about books I bought
In this case a couple of John le Carre early editions, neither of which are as sought-after or as valuable as I believed at the time. Hubris, thy name is Louis XIV. Again.

Thanks to Book Glutton I ended up writing quite a few posts on Ross Thomas towards the back end of the year, the best of which are, I think, this one, this one, this one, and this one. That last one sheds a little light on publishing practices.

Dennis Lehane Week in November wasn't a roaring success creatively, but the first post does at least review one of the books – A Drink Before the War – and so it has slightly more substance than the others. This later post on the UK publishing plans for Moonlight Mile is also mildly interesting.

A review of Chris Ware's ACME Novelty Library #20: Lint
This post is another very popular one. I don't know if I managed to get my review of Ware's magnificent graphic novella up early or something, but it's had over 450 hits since I published it in mid-November, and that total rises daily.

Ah, Beverley le Barrow
You did bring such pleasure this year. And you still are.

A rant about genre fiction
Rargh.

There's nothing particularly extraordinary about this post on Alan Williams's Kim Philby novel Gentleman Traitor, but it does now have an absolutely first class comment on it from noted literary critic Michael Barber, who knew Williams and whose detailed and lengthy reply puts the post itself to shame. Go read it.

And last and by all means least, there are my various year-end round-ups. Including this very one. Whoah, temporal causality loop!

Always end on a Star Trek reference, I say.
Posted by Nick Jones (Louis XIV, the Sun King) at 05:07