So then. Excitingly, from this point on I've decided to give a series title to any posts about books bought in Lewes, the picturesque (™) East Sussex town in which I live. I've settled on the highly unimaginative 'Lewes Book Bargains', chiefly because I struggled to come up with anything else; the closest contender was 'Landed in Lewes', but that was a bit confusing and had weird fishing connotations. So, 'Lewes Book Bargains' it is. And as I've mentioned before, Lewes is particularly blessed books-wise. I've blogged about the various bookshops here, and I've written about the Lewes Book Fair a few times, which takes place four or five times a year in the town hall. But there are other outlets besides those where bargain books can be bagged, and the various charity shops that pepper the town are prime examples.

Charity shops, for any baffled American or overseas readers, are a uniquely British institution. They're like regular shops (or 'stores', if you will), except everything for sale in them has been donated: members of the public bring in unwanted items – clothes, toys, books, CDs, DVDs, whatever – to the charity shop and the charity shop then sells them to other members of the public, with a large percentage of the money going to whichever good cause that particular charity supports.

Charity shops are a common sight on British high streets, and have become increasingly common, up from about 5,000 UK-wide ten years ago to around 7,500 today. They're run by individual charities, so you get Oxfam shops, Save the Children shops, British Heart Foundation shops, the Nick Jones Benevolence Fund shops... you name it. A more recent development are charity shops devoted solely to books – Oxfam have opened loads of these in recent years, much to the chagrin of regular second hand bookshops, who can't compete with Oxfam's prices – because of course Oxfam's stock is all donated for free, while traditional second hand booksellers have to buy their books.

There isn't an Oxfam bookshop in Lewes yet, but there are eight or nine regular charity shops, all of whom sell books to a greater or lesser degree. Lewes is an affluent town, which means the charity shops here are well supplied with decent cast-offs (posher places in the UK always have the best charity shops). I often pop in Cancer Research on the corner of School Hill and Eastgate Street as it's just down the road from my office and they have probably the largest selection of hardbacks; at the moment they have a first edition of George Pelecanos' The Way Home in there, which funnily enough I bought earlier this year in Oxfam (always worth a look in too as they have a fairly fast turnover of stock) down on Cliffe High Street: presumably there are at least two disenchanted Pelecanos readers in Lewes.

Basically, if you keep your eyes open, Lewes' various charity shops can often turn up trumps. Which is exactly what they have done for me over the past few weeks, as I'll be demonstrating over a number of posts, you lucky, lucky people, you. And judging by two of the bargains I bagged, the denizens of Lewes have a particular penchant (or more accurately, as with Mr. Pelecanos, a disinclination) for a certain Amis Jr. First up, in Oxfam, I scored this: 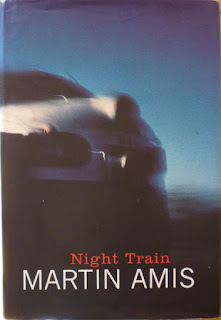 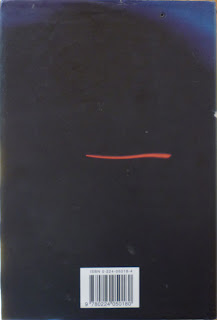 A UK hardback first edition/first impression of Martin Amis' novella Night Train, published by Jonathan Cape in 1997. In the past I've slightly ragged on Amis Jr. in favour of his father, Kingsley, but really that was just to make a point. In fact I've read and enjoyed three or four of Amis Jr.s books, and this one, which seems to be Martin's take on crime fiction, could be right up my alley. At any rate, in common with many charity shop hardbacks it was only £2.75, which, even though true firsts of Night Train aren't exactly scarce, is still a bargain. But even more of a bargain was this: 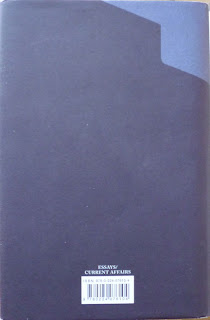 A 2008 UK hardback first edition/impression of Amis' The Second Plane, again published by Cape. This one I snagged in the British Red Cross charity shop on Station Street, and was quite pleased as a result. It's a collection of essays and short stories inspired by 9/11 and its aftermath (some of which I've read before in magazines, but many which were expanded for this book), and I was considering buying it when it came out. For one reason or another I didn't, and by the time I decided I did want to buy it after all, it was already into a second or third printing. First printings have since become rather scarce, going for around £30 online, so to nab one for, again, £2.75, is a real find. And yes, you could argue that by purchasing the book at a knock-down price I'm depriving British Red Cross of extra money... to which I reply: sod off. They acquired the book for free in the first place, and anyway I spend enough in charity shops as it is. Stop trying to make me feel guilty, you swine.
Posted by Nick Jones (Louis XIV, the Sun King) at 08:00