Peter Probyn Dust Jackets for Francis Clifford's Time is an Ambush, The Green Fields of Eden and The Hunting-Ground (Hodder, 1962/3/4)

The symbiotic relationship between authors and cover artists is something I touched on last week when I was writing about the dust jackets that William Randell designed for Harry Carmichael crime novels in the 1950s and '60s. Sometimes the relationship between a writer and a cover artist is lengthy and celebrated – the covers that Tom Adams designed for the Fontana paperbacks of Agatha Christie's novels spring to mind. Other times it's a fleeting encounter, often brought about by happenstance – an author is published by a particular publisher, for whom a cover artist happens to be working at the same time.

Such is almost certainly the case with thriller writer Francis Clifford and artist and cartoonist Peter Probyn. By 1960 Clifford had had six novels published, first by Jonathan Cape (Honour the Shrine, 1953), then by Hamish Hamilton; as of his seventh novel, 1962's Time is an Ambush, he moved over to Hodder & Stoughton, where he would remain for the rest of his career. Probyn had been a cartoonist for Punch in the 1930s and '40s and a schoolteacher (one of his pupils was the painter Howard Hodgkin, who remembered Probyn fondly in this 2006 Guardian interview), and in the '50s wrote and drew the comic strip Grandpa for the Eagle (home of Dan Dare, Pilot of the Future). He began illustrating books and designing dust jackets in the late-1950s, for Lutterworth Press, Chapman and Hall, and then, in the early 1960s, Hodder.

As the 1970s approached, and in common with other thriller writers, the dust jacket designs for Clifford's novels would become largely photographic in nature, but the initial three books published by Hodder all boasted illustrative wrappers, and were all designed by Peter Probyn. I posted one of them, The Hunting-Ground (1964), yesterday, as part of my ongoing series of posts on signed editions, and I blogged about the first of Probyn's Clifford jackets, Time is an Ambush (1962), last year. But I've also come into possession of the other Probyn/Clifford wrapper, The Green Fields of Eden (1963), courtesy of book dealer Jamie Sturgeon, so I'm now able to present all three of the extraordinary dust jackets Peter Probyn designed for Francis Clifford's novels in the 1960s. (Needless to say, The Green Fields of Eden has also now joined Probyn's other designs on the Beautiful British Book Jacket Design of the 1950s and 1960s page.) I'll be returning to Clifford soon enough, but for now, enjoy. 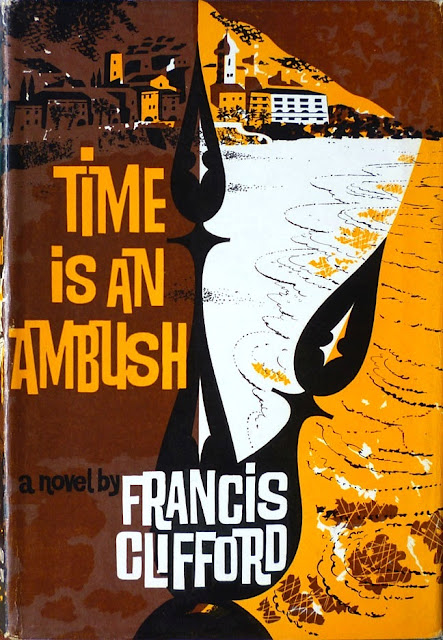 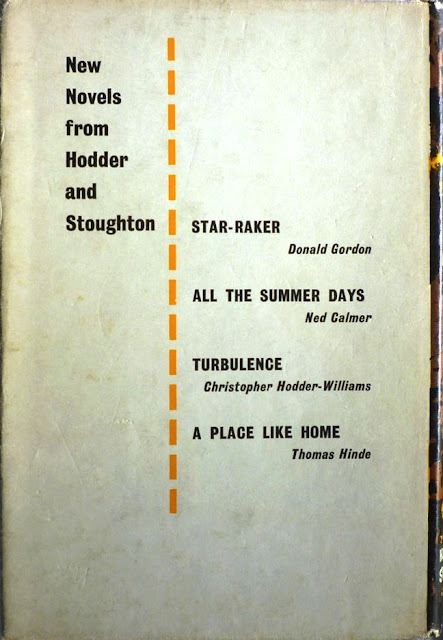 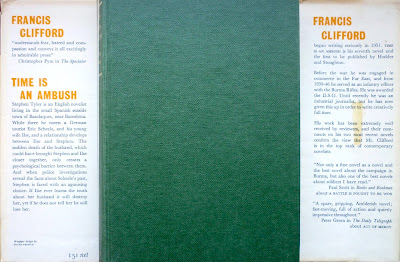 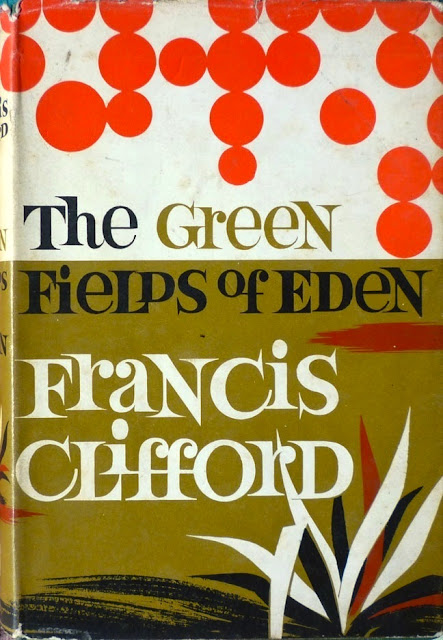 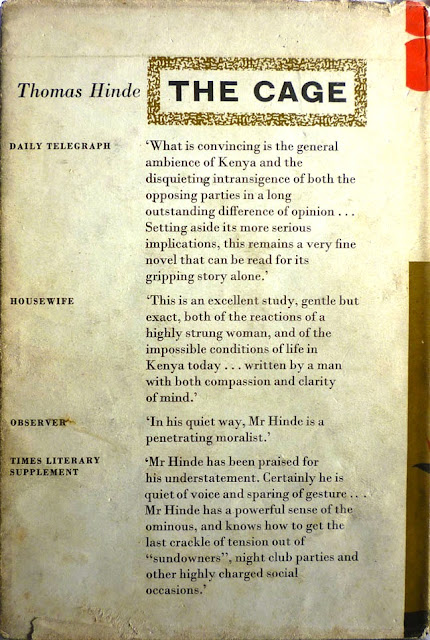 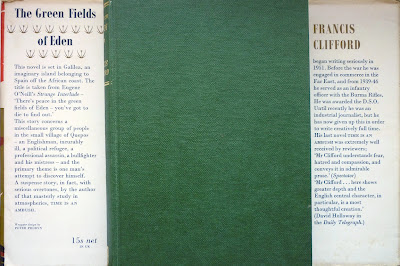 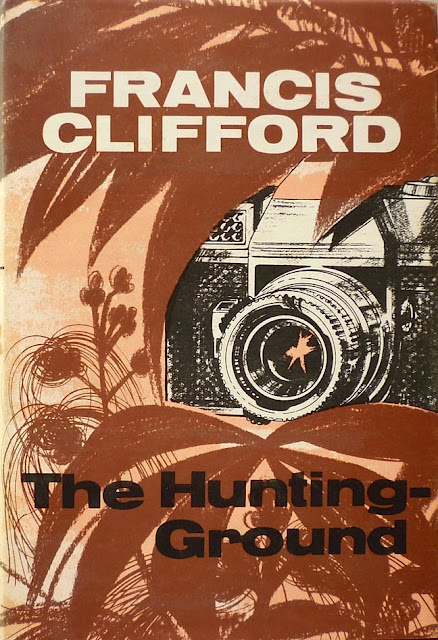 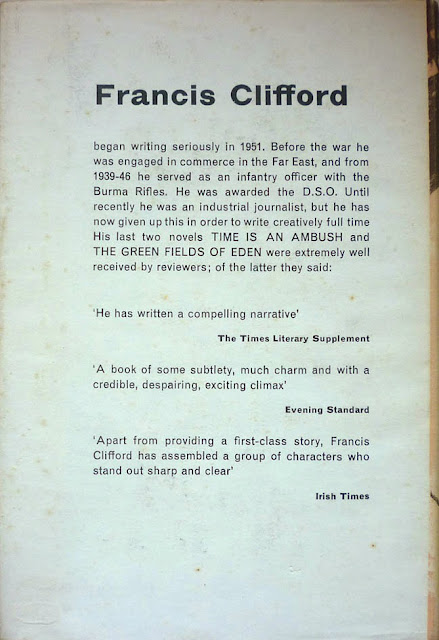 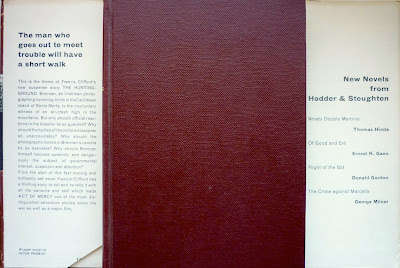