On to the antepenultimate signed edition, and this next book was an eBay win (bought from an American seller), one I couldn't resist bidding on (and, er, winning, evidently) despite already owning a British first edition of the same novel, for reasons I'll return to shortly: 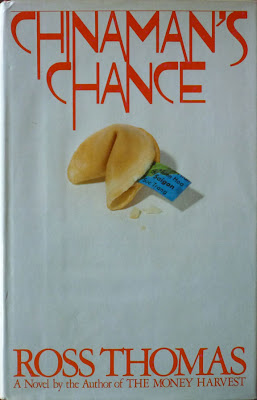 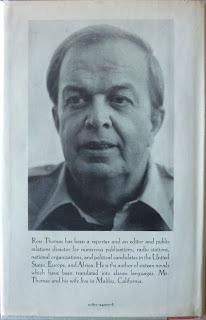 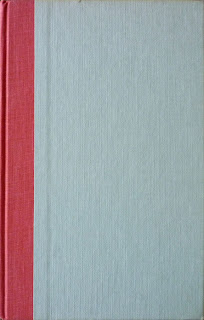 It's a US first edition and first impression of Chinaman's Chance by Ross Thomas, published by Simon and Schuster in 1978. Now, reasonably longtime readers of Existential Ennui will be well aware of my appreciation of Thomas, who I've been feverishly collecting and reading since Book Glutton tipped me off about him last year. The majority of the posts I've written on Thomas can be found in the three weeks I've dedicated to him – Week I, Week II, Week III – although there are one or two other extraneous missives dotted about here and there (click on his tag at the bottom of this post to find 'em all).

Suffice it to say I've come to believe that Ross Thomas was one of the finest crime/espionage writers of the twentieth century. And of his novels that I've thus far read, Chinaman's Chance is my favourite (although 1970's The Fools in Town are On Our Side runs it a close second). It's the first in his short series starring grifters Artie Wu and Quincy Durant (the sequels being 1987's Out on the Rim and 1992's Voodoo, Ltd.), and I posted a glowing review of the novel – in its British first edition, with attendant Beverley le Barrow dustjacket – right here.

So you can see why I was tickled pink to acquire this particular copy of the book, which bears this on the half-title page: 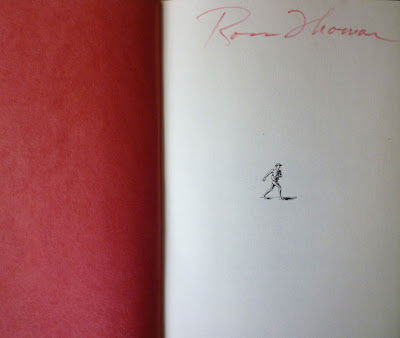 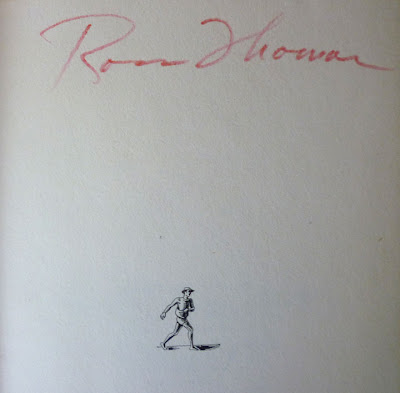 Curiously, Thomas's signature is done in red pencil – possibly crayon – but having checked it against other examples of his John Hancock, I'm as certain as I can be that it's genuine. And while Thomas did sign plenty of books in his lifetime – AbeBooks has well over 300 signed Thomas novels listed for sale – signed copies of Chinaman's Chance in any edition are thin on the ground: there's only one other signed copy of the novel currently listed on AbeBooks, and that's a second printing of the Simon and Schuster hardback, going for nearly forty quid. Crucially, my copy is the genuine first printing – not a book club edition – and bears no red remainder mark on the page edges, something that afflicts a good number of the other copies on sale. (How's that for finickity book-collecting geekery?)

The author photo on the back cover is by Michael Lindsay, but the design on the front of the dustjacket is by Lawrence Ratzkin, who's cropped up a number of times on Existential Ennui in relation to Ross Thomas; he also designed the jackets for The Singapore Wink (1969), The Backup Men (1971) and Protocol for a Kidnapping (also 1971), written as Oliver Bleeck.

I'll actually be returning to Chinaman's Chance down the line, with yet another edition of the book – along with an edition of 1979's The Eighth Dwarf – both of which feature intriguing forewords. But let's move on to the penultimate signed edition post, which will be on a novel by a spy fiction author who I dedicated a series of posts to in July. And this one really is quite special...
Posted by Nick Jones (Louis XIV, the Sun King) at 05:09