So then, as I mentioned in my final Patricia Highsmith post yesterday, I'll be on my summer holidays over the next week or so, which means there'll be no new posts for a while (all together now: "HUZZA--", I mean, "Awww"). But before I depart for more exotic climes (er, Devon; potentially a very sodden Devon, judging by the weather forecast), I just wanted to draw your attention to a couple of new innovations on Existential Ennui – which you might not have noticed – as well as preview some of the things you can expect to see here in the coming months in the form of teaser images scattered about this post and a great big long list.

One thing I've been doing over the past month or so is adding what Blogger calls "labels" – "tags" in the common parlance – to a great many of the posts on this blog. You can see some at the end of this post – words or names which, if you click on them, will magically transport you to every other post with that particular label affixed to it. Them. Whichever. Doubtless my explaining all this is akin to teaching fish to swim or grandmothers to suck eggs, but you never know: some people reading this might be as blogging-illiterate as me, considering I've been blogging for more than five years (although closer to two in a more focused manner here on Existential Ennui) and have only just now got round to adding tags/labels. 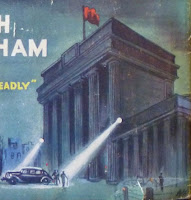 The other innovation is the addition of a search function, which resides just to the right under my masthead (my recently refreshed, immeasurably more impressive masthead, I'll have you know, which now depicts me dining with Molière). In a tediously predictable turn of events, straight after I installed it it stopped working, but at the moment it seems to be fully functional, and you can use it to search not only within Existential Ennui, but also anything I've linked to, the blogs in my "Other Fine Blogs" sidebar, and indeed the internet at large. Give it a go, why doncha? 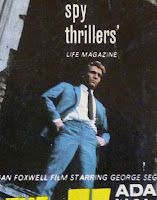 All of that should go some way towards making Existential Ennui more of a useful resource, which, let's face it, it's barely been up to this point (although the British Library must have found some worth in it, I suppose... What? I haven't mentioned that for over a month!). Previously I've been resorting to googling my own bloody blog whenever I wanted to link to older posts, which was frankly ridiculous. Now, though, I can simply pop a search term in my own search engine and find what I need. A much more agreeable state of affairs, I'm sure you'll, er, agree. 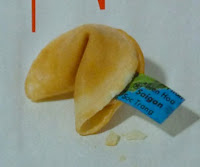 Anyway, enough of the housekeeping nonsense. Let's move on to more important matters, namely wot I 'ave got coming up on this 'ere blog over the next few months. And there are all manner of exciting plans afoot, including the aforementioned series of posts on Patricia Highsmith's Ripley novels; a return to my Grofield Files and Parker Progress Reports, with reviews of Richard Stark's Lemons Never Lie and Butcher's Moon, plus Joe Gores's Parker-related Dead Skip; some more Donald E. Westlake science fiction, and a piece of Westlake non-fiction; further minicomix missives Notes from the Small Press; more on Existential Ennui favourites Ross Thomas, P. M. Hubbard and Anthony Price; and most exciting of all – if it all works out – an exclusive interview with an author who shall for the moment remain nameless. Fingers crossed for that one. 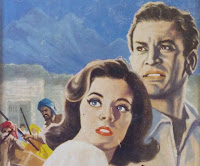 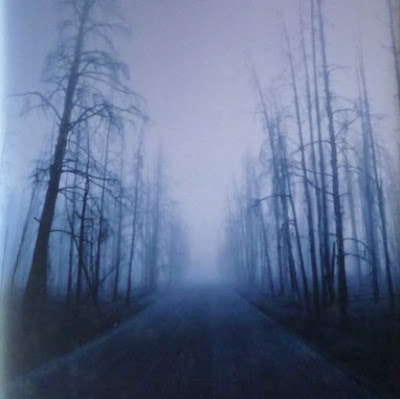