Richard Price, The Wanderers and a Review of the 1975 Chatto & Windus First Edition

I've got three posts on chronicler of urban decay/crime author Richard Price planned for this week – two of them focusing on the same book. Fear not: there is some method to my madness... or at least, I think there is; for all I know there might simply be madness to my madness. We shall find out in the fullness of time. But before we get to that book, let's begin with a look at Price's debut novel: 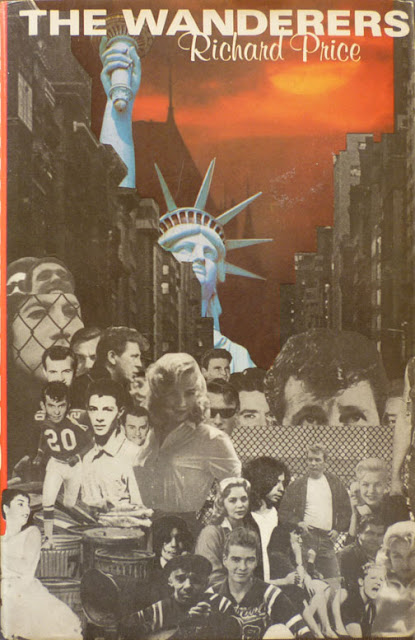 The Wanderers was first published in the US in 1974 by Houghton Mifflin (1975 Chatto & Windus UK first edition seen above, with its Graham Palfrey-Rogers-designed pop art/collage dustjacket). Price was just twenty-five when it was published and the book draws heavily on his own experiences growing up in New York's projects in the early 1960s. The specific year is never nailed down in the novel, but the songs, bands and artists mentioned – Little Stevie Wonder, Dion, etc. – place it around that early '60s period. The focal point of the book is the eponymous Italian teenage gang, primarily Richie Gennaro, High Warlord of the Warriors, and his friends Buddy Borsalino, Eugene Caputo, Joey Capra and Perry La Guardia.

In fact The Wanderers is more like a collection of short stories than a novel. There's no overarching plot to speak of; each chapter is titled but not numbered ("The Warlord", "The Party", etc.), and though main and supporting characters reappear throughout the book and previous events are referenced, you could lift any chapter out of the whole and it would stand on its own. The theme, however, is the same throughout: what it's like to be a teenager in a city – bored with school and consumed by nihilistic preoccupations like fighting, fucking, drinking and fooling about. 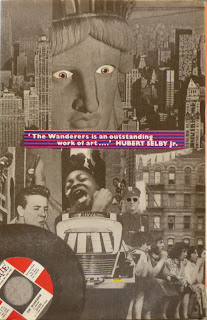 And there's plenty of all of the above in the book; all bases are covered by the time we get to the end of the third chapter, "The Game", which features a massive ruck at an inter-gang football match. Price is brilliant at capturing the excitement of the fight, but also the sheer terror of it, and the same is true of the Wanderers' various attempts to get laid (some more successful than others). By concentrating in each chapter on a different gang member, he gets inside their heads, detailing the confusion and frustration and joy and ennui of being a teenager, contrasting all that with the outward bravado and braggadocio of their frequently funny conversations as they trade (friendly) insults and sometimes (less friendly) blows.

In a sense, despite the violence that permeates it, The Wanderers depicts a more innocent time in inner city life. There are no drugs or guns, and while there are deaths, these come not at the hands of the Wanderers but mostly by misadventure. Richie, Joey et al are innocents; they're kids, prone to tears when they find themselves in truly scary situations, such as when they're caught up in a bowling alley scam in the "The Hustle", acting merely as bystanders to a brutal punishment meted out by their elders to the visiting ringers. And inevitably, inexorably, all of the Wanderers sense their relatively carefree time hanging out at Big Playground is drawing to a close, as graduation approaches and the concerns of the adult world bear down on them: jobs, marriage, pregnancy, moving on. When the five friends go their separate ways at the end of the story it becomes clear that what the book really is is a eulogy for Price's own childhood. 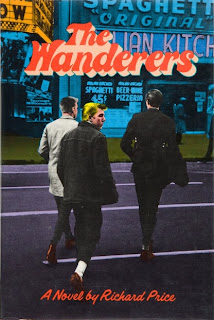 The Wanderers feels authentic in the same way that George Pelecanos or Dennis Lehane's novels feel authentic: it's an evocation of a specific time and place, no doubt embellished, but essentially truthful. Price has continued to plough this furrow through a further seven novels, to critical acclaim and respectable sales, although those who followed in his footsteps have perhaps reaped the greater rewards. (It's notable that when Pelecanos and Lehane were drafted in to write for The Wire, it was at their behest that Price was brought in too.) Indeed, more recently Price agreed to write a series of detective novels, apparently reasoning that the financial gain of a one-a-year genre work will outweigh his more weighty, research-heavy once-every-five-years tales of urban realism. And who can blame him?

It was actually via The Wire that I became aware of Price (as was also the case with Lehane and Pelecanos), but I was already familiar with some of the movie adaptations of his books even if I didn't really know his name. The best-known of those is probably Spike Lee's 1995 version of Clockers – and it's that novel I'll be looking at next, in two rather special editions...
Posted by Nick Jones (Louis XIV, the Sun King) at 06:00