An Interview with Christopher Nicole, alias Andrew York, Author of the Jonas Wilde Eliminator Spy Novels (and More Besides) 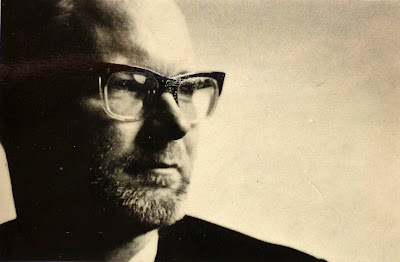 As promised, to start the working week I have another exclusive Existential Ennui interview for you. Previously I've posted Q&As with Dexter creator Jeff Lindsay and espionage novelist Anthony Price; today it's the turn of an author who, like Price, penned a series of spy novels, but who, uniquely, has also written a quite remarkable number of other novels besides: Christopher Nicole. 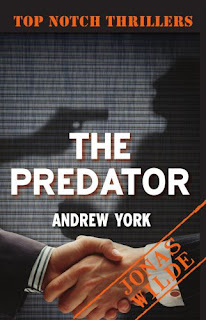 I blogged about Nicole at the beginning of the year, specifically the excellent series of books he wrote under the pen name (one of many) Andrew York in the 1960s and early '70s, starring Britain's state executioner Jonas Wilde, a.k.a. The Eliminator. I was tipped off to the Wilde novels by John at Pretty Sinister Books, when John reviewed the first instalment in the series, 1966's The Eliminator, in August of last year. John has since progressed a lot further in the series than I have, which was why I asked him to contribute half the questions to this Q&A, for which I thank him. Thanks also to Mike Ripley at Top Notch Thrillers for setting up the interview, which was conducted via email last month; Mike has been reissuing the Jonas Wilde books since last year, and the latest books, The Predator and The Deviator, are available now.

John and I concentrate in large part on the Jonas Wilde novels in the interview because those are the books with which we're most familiar (the answers Nicole gives to some of our more convoluted, crackpot-theoretical questions about the books are amusingly prosaic). But the Wilde series is but a tiny part of Nicole's backlist; as will become clear, there's a hell of a lot more to this writer than spy thrillers...

NICK JONES/JOHN NORRIS: You've been astonishingly prolific in your career – you've had more than 100 books published, I believe, probably a lot more (do you know the total?), and under a dizzying array of aliases. To what do you credit your fecundity? 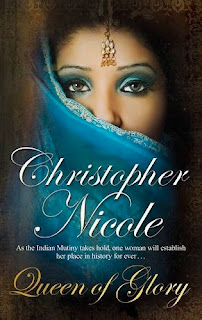 CHRISTOPHER NICOLE: When Queen of Glory is published in May, it will be number 210. Three of these are non-fiction. I have always written because I enjoy telling stories; that more than 35,000,000 people have seen fit to buy my books never ceases to amaze me.

Are the many nom de plumes you've written under a consequence of having written so many books, or is there another reason for using so many aliases? Writing in different genres, perhaps?

Andrew York was my first pseudonym. I wanted a break from my historical novels and my then publishers, Hutchinson, thought that in view of the drastic change in genre we should have a different name. Later pseudonyms were usually caused by contractual difficulties; writing for different publishers at the same time.

Was it always your intention to write in different genres – romance, espionage, historical, adventure, etc. – or do you simply write and not think about where the novel will fit?

I am sorry to say that the Jonas Wilde books are my only venture into spy fiction per se. Anna Fehrbach, while a natural progression from Wilde, and is an altogether more rounded and attractive character, is technically World War II. I am an Historical Novelist by choice. Nowadays WWII seems to be included in the Historical category. But as I lived through it it seems like yesterday.

Anthony Price once remarked that the past is lying in wait for the present. As someone with a passion for history, is that a statement you'd agree with?

I entirely agree. One of the most distressing aspects of modern education, and therefore society, is the neglect of knowledge of where we come from. H. G. Wells wrote that to confront an enemy is to look into the red, hate-filled eyes, of Neanderthal man. 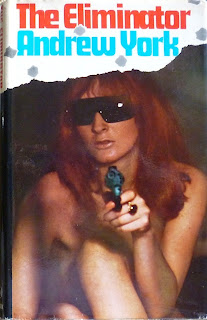 Would it be fair to say that many of your novels are informed by a sense of place? Whether that be the West Indies, where you were raised, or the Channel Island of Guernsey, where you live and which, of course, features in the Jonas Wilde novels as part of The Route. Is location an inspiration for you?

I am concerned only with plot and character. The background is drawn in afterwards. However, whenever possible, I have visited the location where the book is set.

You've lived and worked on Guernsey since, I believe, 1957 (correct me if I'm wrong!). I've been there myself a few times and love the island. What was it about Guernsey that first attracted you, and what keeps you there?

I had never set foot on Guernsey until, on passage to the Mediterranean [Nicole is a keen yachtsman], I misjudged the tides in fog and struck a rock off the west coast. It was necessary to put into St Peter Port and have the damage assessed and repaired. By the time this was done we had liked the island and the people so much that we bought a house and have used the island as a base ever since.

What inspired you to begin writing spy novels, specifically the Jonas Wilde ones?

As mentioned above, Wilde was a break in my routine. I have never read a spy novel but after seeing a couple of Bond movies with their absurd and increasing obsession with gadgetry I did not see how I could do worse.

Very few spy novels during the period you wrote the Jonas Wilde books had a character arc, or changed and developed throughout the books. And I can't think of any who aged through the series as Jonas does (Anthony Price's David Audley novels aside). Was it intentional that things like Wilde's sciatica and his haunted past with Jocelyn be recurring features in the books? How important do you think it is to readers to better know a series character over the course of several books?

To me, as with all my characters, when I was writing about him Wilde was a living, breathing human being sitting beside me at my desk. All processes were a natural progression.

The women characters far outshine the men in the Wilde novels, in my opinion. Often, as in the case of Glorious Torro, Jonas seems to have met his match. What led you to focus on the women in these books?

I hate to confess this, but women have always been my hobby. So I enjoy writing about them. Nearly all of my big historicals have been about women. 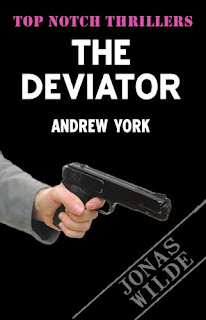 I was surprised by what I call genre blending in some of the Wilde books. The Coordinator to me seemed like a throwback to the old 1930s pulp magazines with its blind character and his sonic glasses and his glass furniture. There was also the mad scientist and his cryogenic experiments in the finale. The Deviator had an element of science fiction it as well with the invention of the impervious alloy Tition. Where did those ideas come from? Are you a fan of old science fiction or the pulp magazines? Which writers have you read, if any?

As indicated above, I never relate my work to anyone else's and therefore do not consider my work as belonging to a genre. I have never read any science fiction save for my boyhood hero John Carter on Mars.

I'm always interested to find out if a writer I enjoy is familiar with writers who came before him. Are you familiar with any of the early spy writers who were popular in the early part of the 20th century? Like Oppenheim, William LeQuex or Francis Beeding? Maybe someone else?

I have actually read an Oppenheim, simply because I was once interested in buying the house he lived in in Guernsey. I don't remember what the book was about. My reading almost entirely history and biography. In my novel reading days it was Hemingway, Maugham and wild historical romance such as Sabatini.

What happened to Wilde's taste for Bacardi? I liked waiting for the scene when I would be introduced to yet another odd "Cocktail of the Book" and was disappointed when the unusual rum cocktails like the Moscow Mule and the Bijou disappeared and Jonas was suddenly a Scotch drinker. Or in one instance was forced to drink sherry! Did you forget about the Bacardi? Did your publisher think it was too much free advertising? Or did Jonas sort of take over and change his mind for you?

Again, I don't analyse my work to that extent. Wilde drank Bacardi because I drank Bacardi. Towards the end of the series I had switched to Scotch.

Finally, which of your many novels are you most proud of, and why?

This is a tricky one with such a choice. Ratoon would have to be my favourite simply because it was my first big seller: over 2,000,000 copies in the States. Lord of the Golden Fan ranks high as does Ottoman. I consider the two Jane Digby novels as my best. But my favourite character of all is, and I think always will be, Anna Fehrbach: the Angel series. 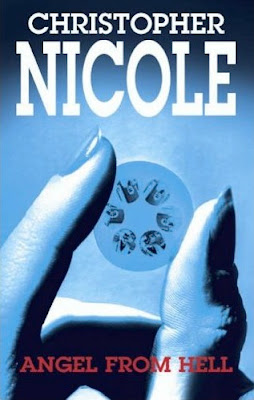