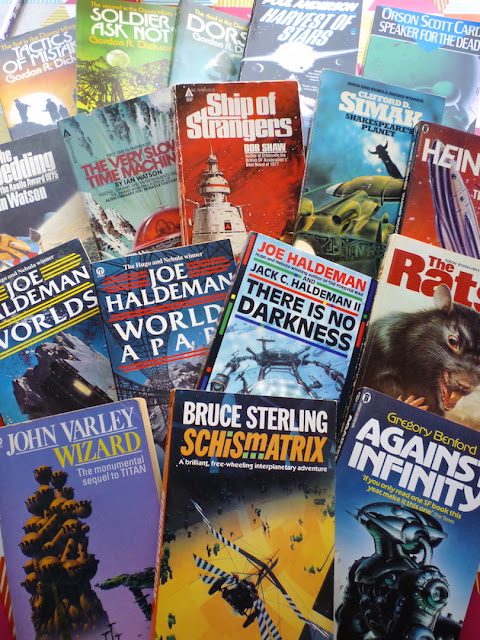 The year is fast disappearing on me – on all of us I suppose, although being somewhat of a solipsist I'll confess I'm not entirely convinced there is an 'us' – so I'd best get my skates on if I want to cobble together any kind of coda to my 2017 science fiction book-collecting odyssey. And it will have to be a coda rather than a full-blown conclusion; unfortunately – or maybe fortunately, if anyone besides myself is unfortunate enough to be reading this, which, as I say, I have my doubts about – pressures of work (in a good way; I might return to that in the new year) prevent me from embarking on the kind of exhaustive account that has characterised previous instalments in my chronicles of my SF-collecting odyssey. Instead, on this last leg, rather than detailing every bookshop I've visited, I'll simply summarise some of the better scores of recent months, in particular two huge hauls – plus a more modest one – of paperbacks from London. 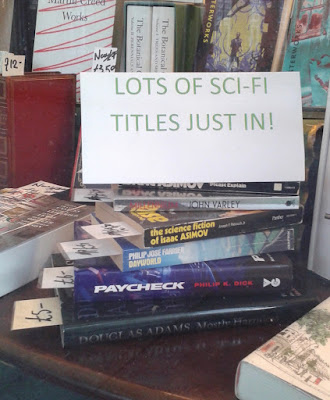 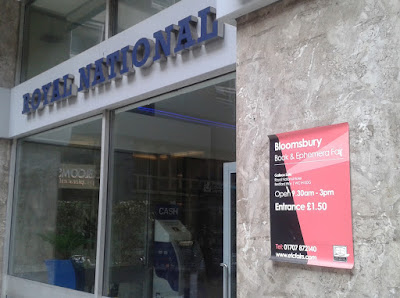 The two huge hauls came from two locales practically next door to each other: Skoob Books in the Brunswick Centre and the most recent Paperback & Pulp Book Fair, which took place at the Royal National Hotel on 29 October. The former I happened to stop in at during an excursion to London to discover they'd just got in a big SF collection; among other things I secured paperback firsts of Bruce Sterling's Schismatrix (a book that was very high up on my list of wants), John Varley's Wizard, Ian Watson's debut novel The Embedding, Gregory Benford's Against Infinity, plus various Haldemans (notably two parts of the Worlds trilogy, the third part of which I already had in hardback), a first printing of James Herbert's The Rats (not strictly SF, but I couldn't resist it; once upon a time I had a lot of time for Herbert) and a fair number of Larry Nivens and Jerry Pournelles. 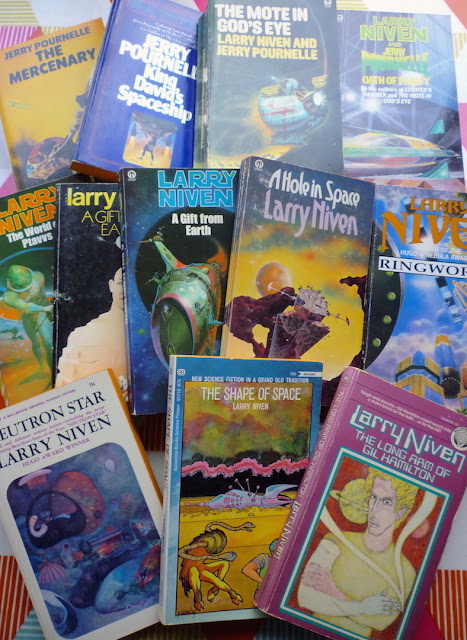 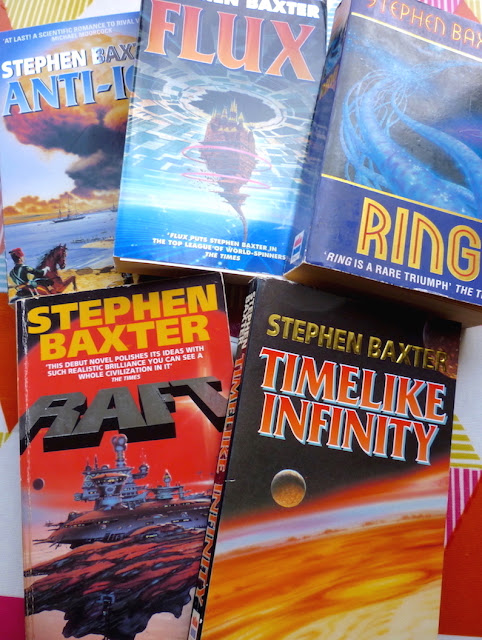 I secured more Nivens and Pournelles at the Paperback & Pulp Book Fair – including a signed Ballantine first of The Long Arm of Gil Hamilton, a steal at two quid – and at the location of the more modest haul, Any Amount of Books on Charing Cross Road, where I also nabbed paperback firsts of Gordon R. Dickson's Dorsai trilogy and a bunch of Stephen Baxters, which make a nice set with a signed paperback first of Baxter's debut novel, Raft, I'd previously bought online. As for the Paperback & Pulp Fair itself, that offered up among other things first paperback editions of Bob Shaw's Orbitsville, Algis Budrys' Rogue Moon and Gordon R. Dickson's Necromancer, all of which I was keen to try, plus Orson Scott Card's Ender's Game, Kim Stanley Robinson's Icehenge, Anne McCaffrey's Restoree, a couple of Ursula Le Guins, and more besides. 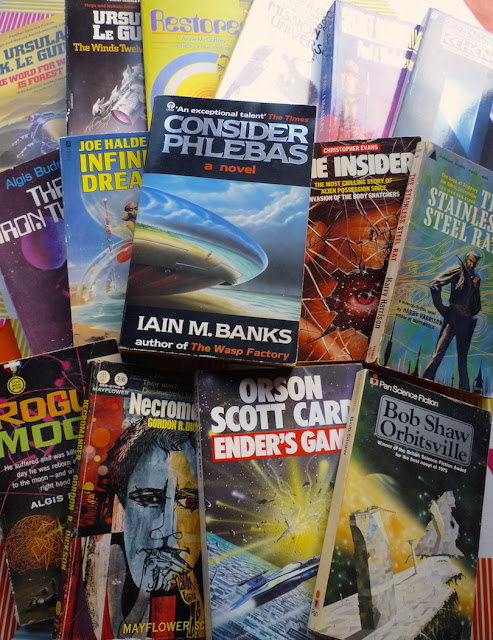 And all of that's without getting into the SF I've picked up in Lewes and Brighton and one or two other places over the past few months – too many books to detail here, although I will just mention three by James Tiptree, Jr., alias Alice Sheldon, an author I was guided towards by Book Glutton and subsequently came across paperback first editions of her two novels in Lewes and Leigh-on-Sea and was given a collection of her short stories. I've only read a couple of the stories so far, but on the basis of those I'll certainly be reading more. 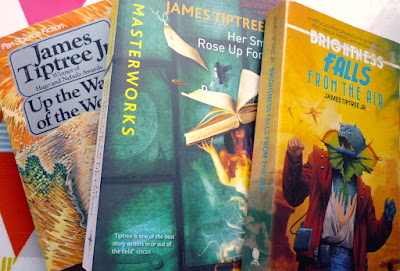 And with that, my 2017 SF odyssey is done – and so, more than likely, is my 2017 blogging, although I may manage to post a big long list of the books and comics I read before the year is out. Merry Christmas. (Not that there is anyone out there to wish Merry Christmas to...)
Posted by Nick Jones (Louis XIV, the Sun King) at 08:20