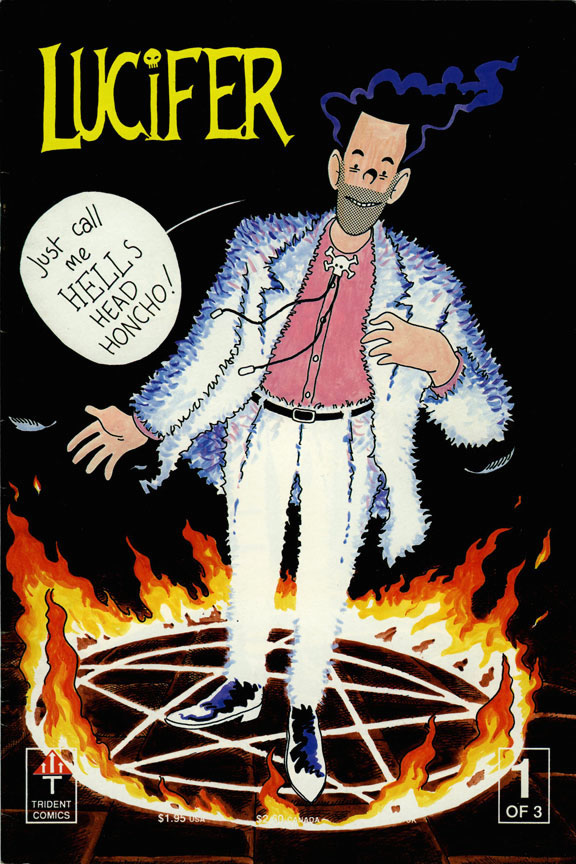 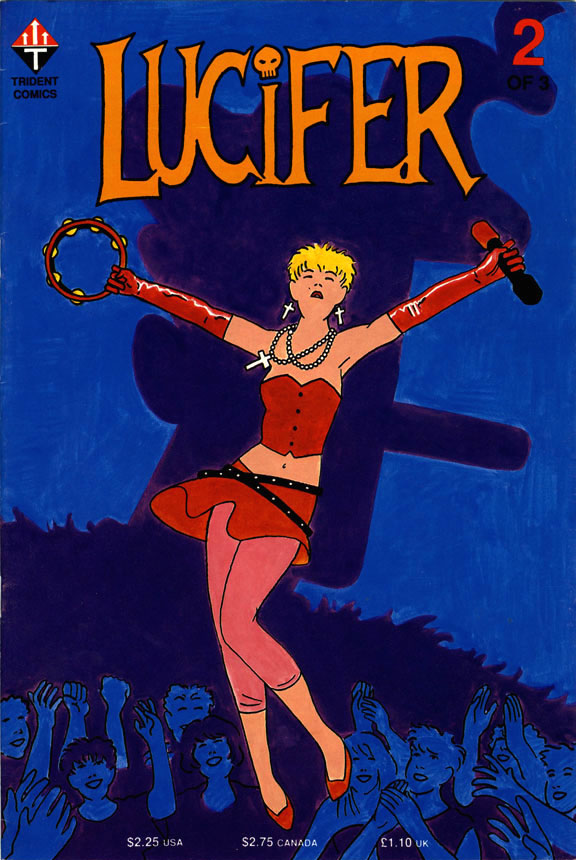 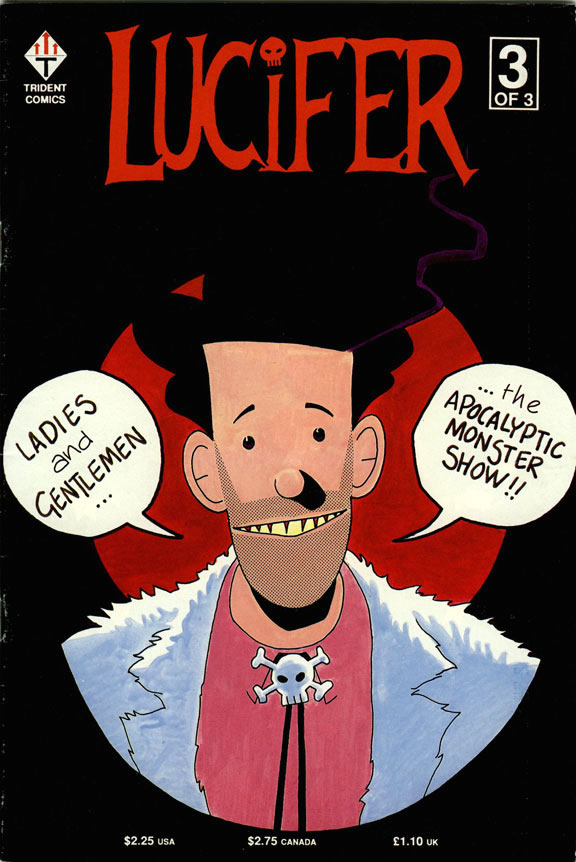 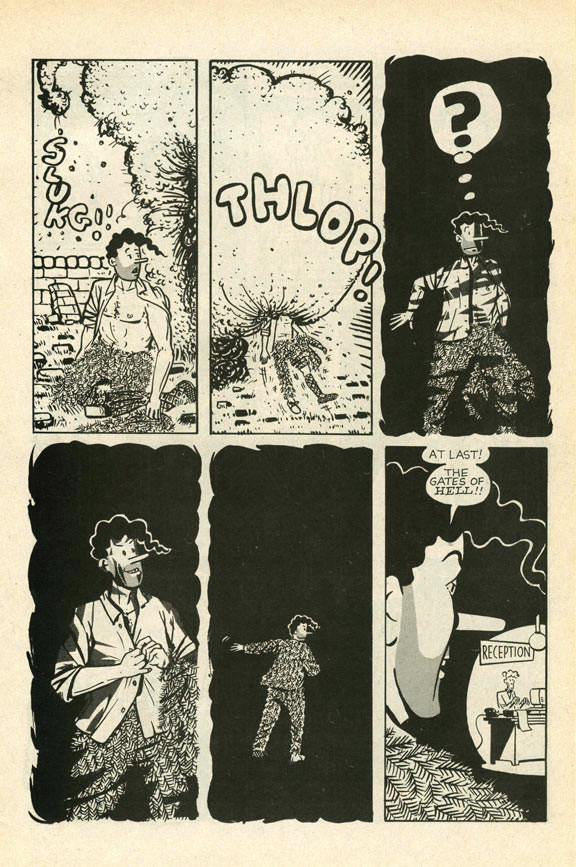 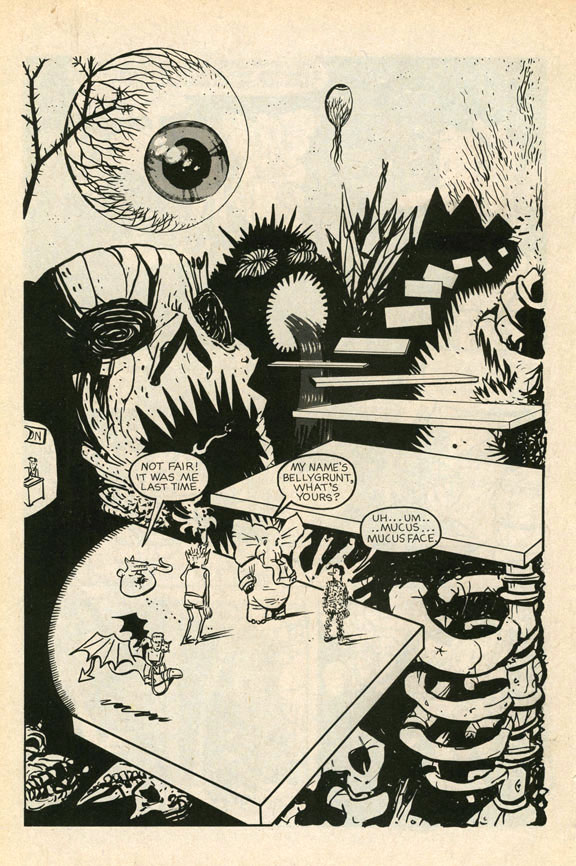 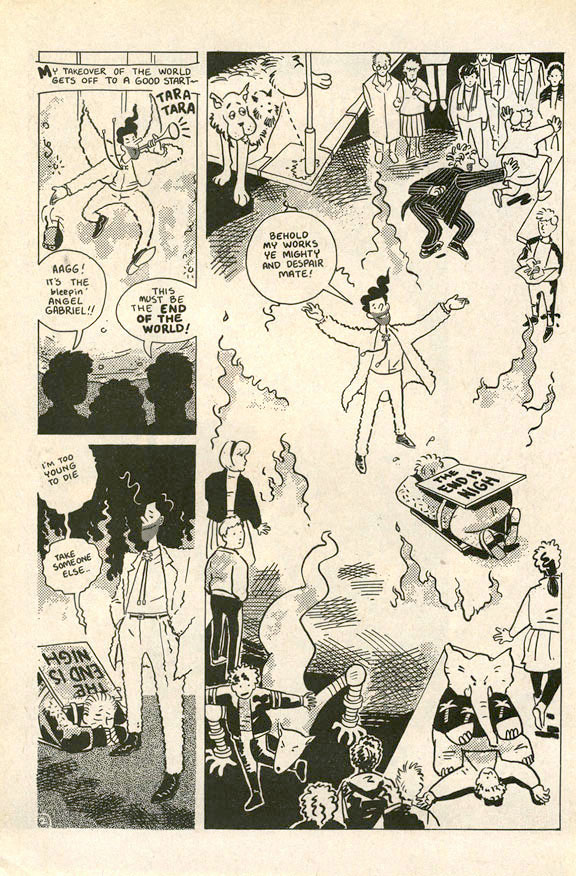 I'm not sure I've really done the thing justice there; it's about ten times more entertainingly befuddling than that synopsis implies, wending its illogical way to a suitably slapstick fisticuffs finale. Certainly it's a far cry from the rather better known Lucifer comic, the one published by DC/Vertigo from the late-1990s until the mid-2000s, written by Mike Carey and illustrated for the most part by Peter Gross and featuring as its lead the version of Lucifer created by Neil Gaiman – who, oddly enough, popped up not only in the previous Eddie-Campbell-featuring post but the one before that – on the newly published The Art of Neil Gaiman by Eddie's daughter, Hayley Campbell – and the one before that as well – on a signed hardback of Astro City: Confession – back at the start of July. And to further extend the interlinking synchronicity of this month's posts, next I'll be taking a look at a signed graphic novel by the aforementioned Mike Carey and Peter Gross.
Posted by Nick Jones (Louis XIV, the Sun King) at 08:30