I noted towards the end of Friday's review of Lucifer – an obscure 1990 three-issue comics miniseries by Eddie Campbell, Phil Elliott and Paul Grist – that there was a rather better-known comic titled Lucifer which ran from the late-1990s until the mid-2000s and had its origins in a character created by Neil Gaiman – who, not entirely coincidentally, I'd been blogging about earlier that week (and the week before). Published by DC Comics/Vertigo, this more famous Lucifer was written by Mike Carey and illustrated by Peter Gross (for the most part; Scott Hampton, Chris Weston, Dean Ormston and inker Ryan Kelly also pitched in), and it remains, I think, my favourite among all the comics series that I've ever read (which is quite a lot), an extended metaphysical meditation on the tensions between free will and predestination, between fathers and sons, and between sons and siblings, with a memorably towering shit – the Devil, essentially – as its leading man. (Evidently I have a thing for towering shits; my second-favourite comics series is Matt Wagner's Grendel, while my favourite novel series is Patricia Highsmith's Ripliad, closely followed by Richard Stark's Parker series.)

Lucifer came to an end in August 2006, but Carey and Gross teamed up again for another Vertigo series in 2009, The Unwritten – since retitled as it heads into its final furlong as The Unwritten: Apocalypse – which is an exploration of the power of stories and how they can shape the world – or even undo it if the final apocalyptic volume is anything to go by – starring one Tom Taylor, who as a boy was the inspiration for his father Wilson's Harry Potter-like series of novels. For me The Unwritten hasn't quite scaled Lucifer's lofty heights – possibly because its lead isn't a towering shit (although he can be a bit of a sod at times) – but I do enjoy it, and last year it reached a kind of creative crescendo in the form of this: 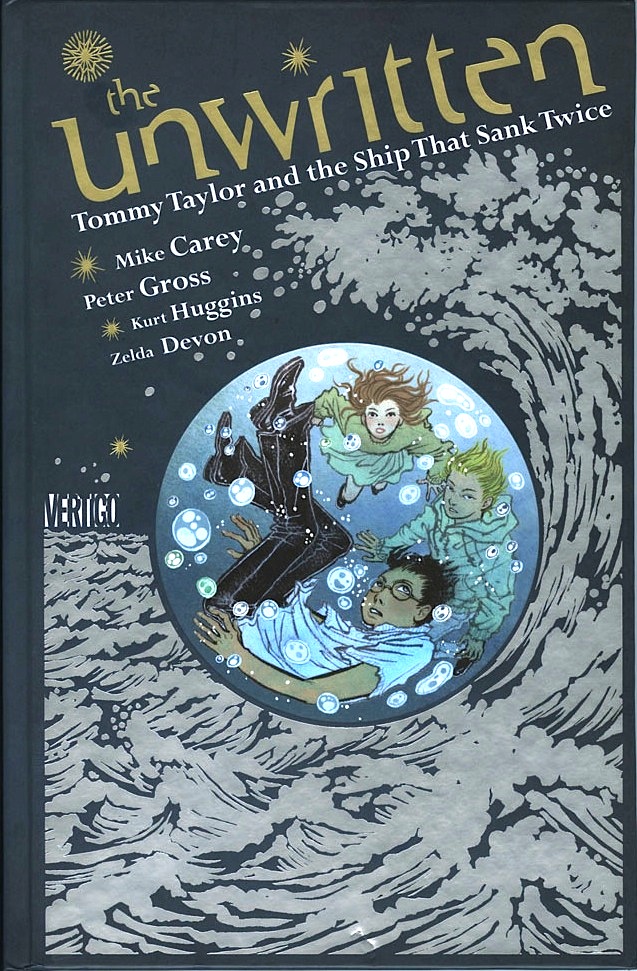 The Unwritten: Tommy Taylor and the Ship That Sank Twice, a standalone hardcover graphic novel written by Carey with layouts by Gross and finishes and colours by – deep breath – Kurt Higgins, Al Davison, Russ Braun, Shawn McManus, Dean Ormston, Gary Erskine, Zelda Devon, Chris Chuckry, Eva de la Cruz and Jeanne McGee (cover by regular series cover artist Yuko Shimizu). It tells two stories: the fictional-fictional origin of young Tommy Taylor, the boy wizard, and how he inherited his power; and the merely fictional origin of the flesh-and-blood Tom Taylor, and the bizarre and heartless methods Wilson Taylor employed to turn his son into almost a weapon of words. It's engrossing and visually appealing and rather a lovely thing to behold altogether. (That's foil blocking there on the cover. Mmm... foil...) 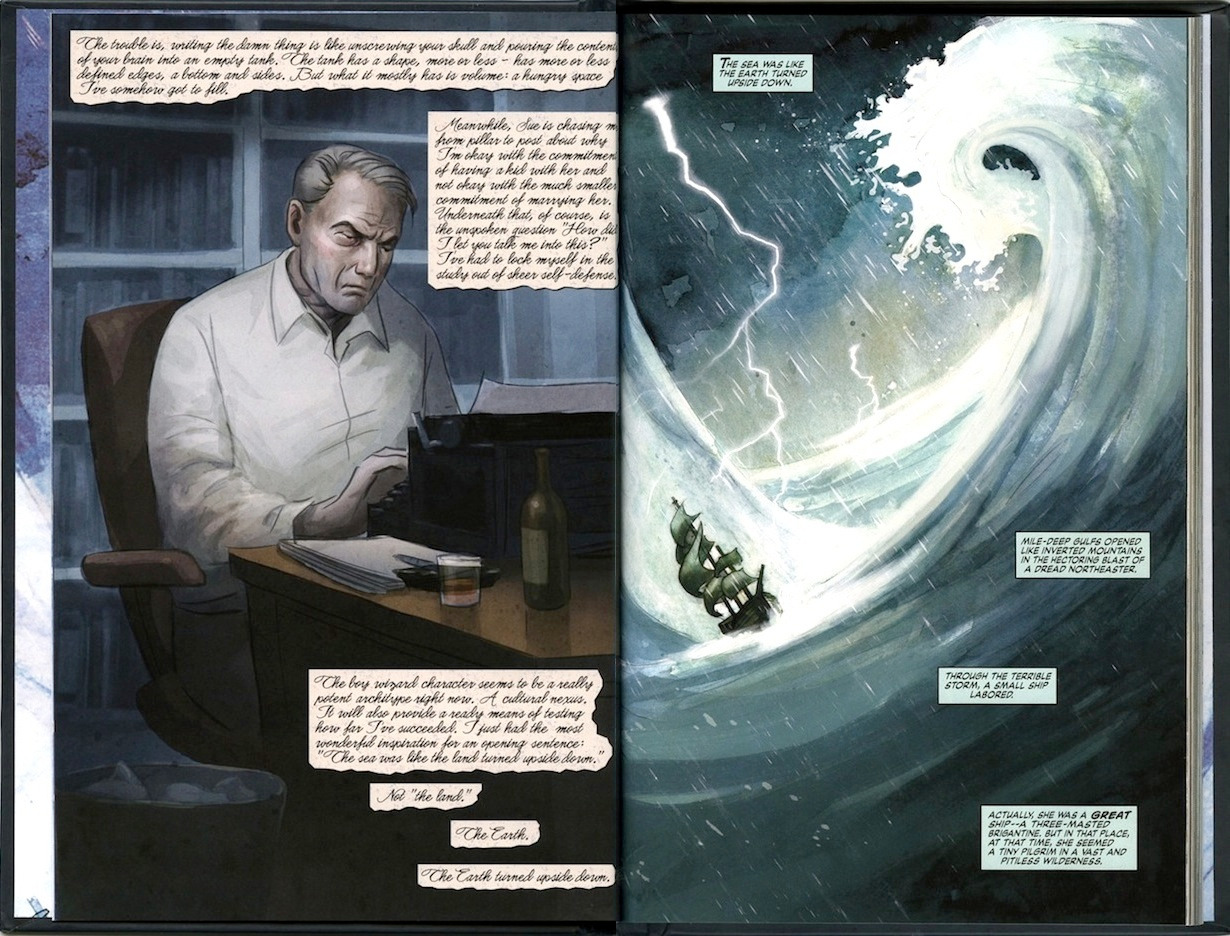 I bought my copy in my local comic shop, Dave's Comics in Brighton, who must have had a signing for the book at some point, because Mike Carey has scrawled his signature on the front free endpaper: 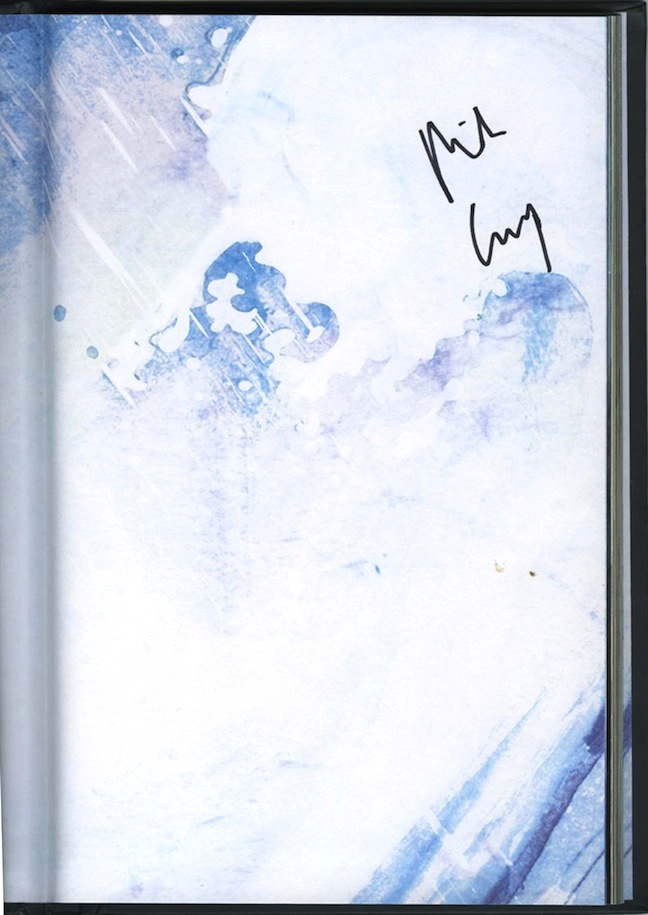 Which makes this a nice addition to my bijou collection of signed graphic novels – see also, among others, the signed copies of Kurt Busiek and Brent Anderson's Astro City: Confession and Eddie Campbell's How to Be an Artist from earlier in this run of comics-related posts. And I'll be showcasing some more signed novels – this time of the non-graphic variety, of which I have a collection which is far from bijou – very soon, after one last comics-related post. 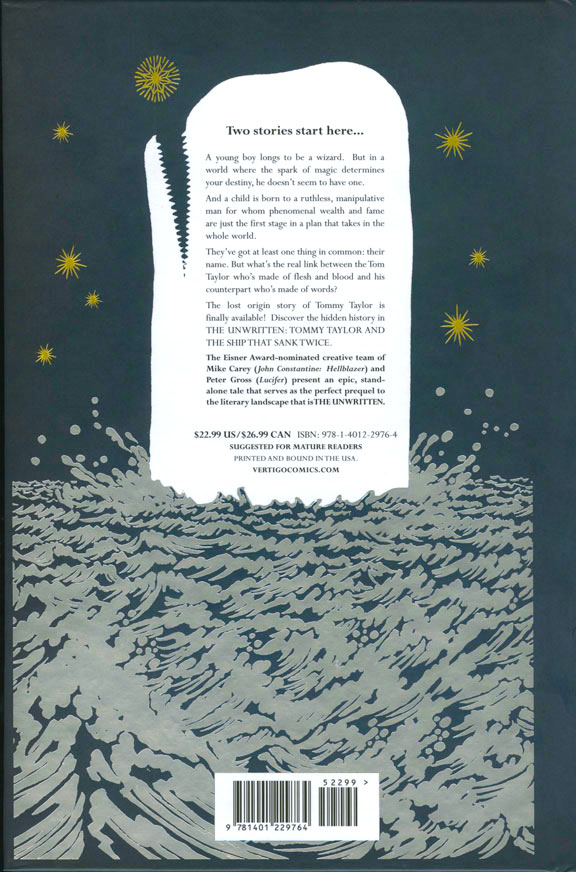