I hope to have something up on Tom Clancy – who passed away yesterday – shortly, but ahead of that, and fulfilling my Violent World of Parker contractual cross-posting duties, a return, belatedly, to the Parker Mega Score – that stack of Coronet paperback editions of Donald "Richard Stark" Westlake's Parker novels I acquired over the summer – with this: 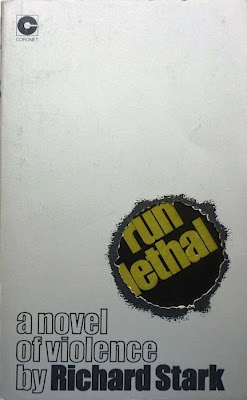 Run Lethal, published in the UK by Coronet/Hodder Fawcett under a Raymond Hawkey-designed "bullet hole" double-cover in 1972 – the second wave of those covers I guess you could say, the initial Coronet bullet hole editions – The Steel Hit, The Outfit and so forth – having been published in 1971. 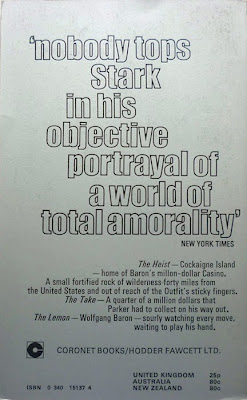 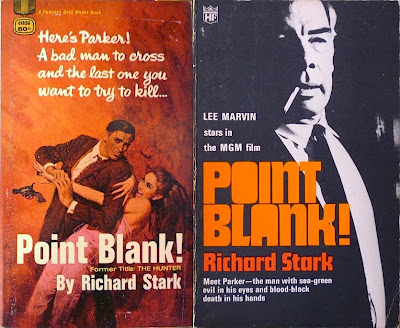 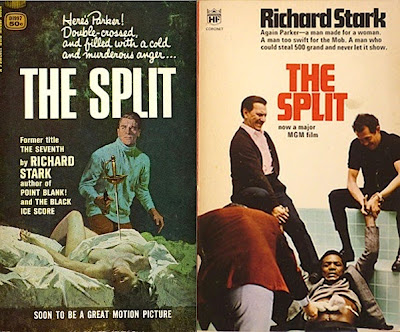 But the other retitlings – The Man with the Getaway Face (Parker #2, 1963), which became The Steel Hit; The Score (Parker #5, 1964), which became Killtown; and The Handle (Parker #8, 1966), which became Run Lethal – appear to be the result of nothing other than publisher preference... and it seems they were all the fault of Coronet. See, for a long time I assumed it was Berkley, the American paperback publisher of the Parkers in the early 1970s, who retitled at least The Score and The Handle (I'm not sure if they ever got round to issuing The Steel Hit, even though it's listed, under that title, under "By the same author" in my Berkley reprint copy of The Outfit). But I own a copy of Berkley's edition of The Score, or rather Killtown: 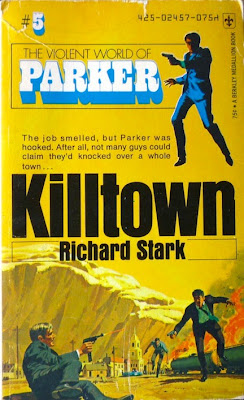 and it was published in 1973 (November of that year, to be precise); whereas Coronet's edition of Killtown was first published in 1972. And it's the same deal with The Handle/Run Lethal: Berkley's edition of Run Lethal arrived again in 1973, and Coronet's in 1972. Which means that Berkley adopted the new titles from Coronet, not the other way round. Which in turn means that in the cases of at least two retitlings, Parker fans have us Brits to blame. 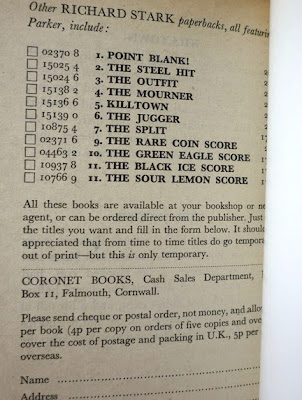 I'm not quite sure where I'll be going next with the Parker Mega Score; I think I might take a look at a bullet hole edition of a Parker Coronet had already published once, but I may change my mind, mercurial bastard that I am.
Posted by Nick Jones (Louis XIV, the Sun King) at 04:30