After a brief stopover in Essex, we begin the main Suffolk stretch of the thinly-veiled excuse to visit as many secondhand bookshops as possible in a week commonly known as the Jones-Day family holiday at our – i.e. mine and Rachel and little Edie's – base location: Halesworth, a reasonably attractive market town about fifty minutes' drive north of Ipswich. Our friends Ben and Emma had kindly lent us their holiday cottage for the week, and so it was entirely fortuitous (honest, guv) that Halesworth itself turned out to have a secondhand bookshop: Ann Green Secondhand Books, up the top end of the Thoroughfare. Sadly it was closed when we first got there: 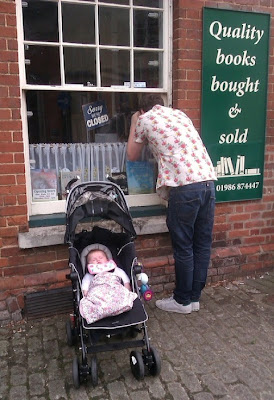 not that Edie was too fussed, as you can see; but it was open again by the Tuesday: 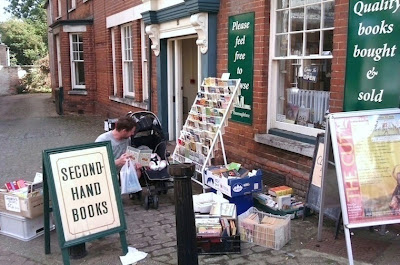 and though much of the stock in the shop's single slim room wouldn't look out of place in yer average charity shop, Edie and I both came away with a good selection of books. Two of my finds I'll be blogging about separately as Suffolk Scores – they deserve dedicated posts – but I also found this in a box outside the shop for a quid: 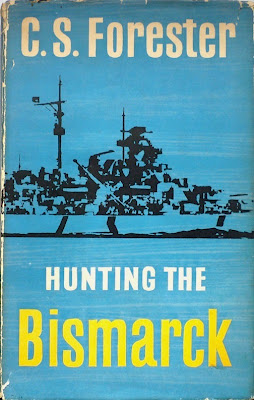 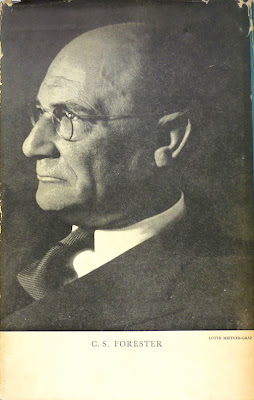 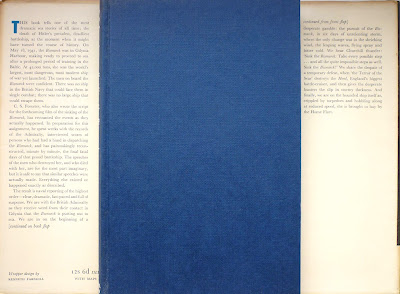 A 1959 Michael Joseph first edition of C. S. Forester's Hunting the Bismarck (alias The Last Nine Days of the Bismarck, and later filmed as Sink the Bismarck!). Forester was recommended to me by spy novelist Anthony Price back in 2011, and although I still haven't made much headway with the particular Forester novel Mr. Price pointed me to – The Sky and the Forest – a flick through Hunting the Bismarck leads me to believe I'll have more luck with this semi-fictionalised account of the pursuit and destruction of Germany's most powerful battleship in 1941. The dust jacket design is by Kenneth Farnhill, to whom I devoted a post last year, and it's strong enough, I feel, to join his other wrappers in my Beautiful British Book Jacket Design of the 1950s and 1960s gallery. As is the jacket of the book I found here: 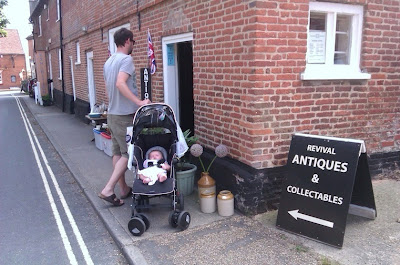 Revival Antiques and Collectables, one of Halesworth's handful of antique centres. This particular one boasts a couple of bookcases, from which I plucked this, again for a pound: 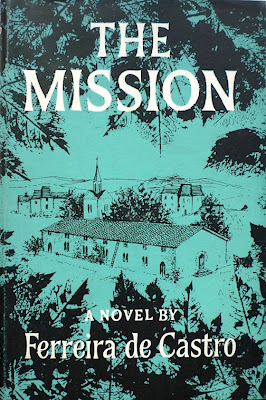 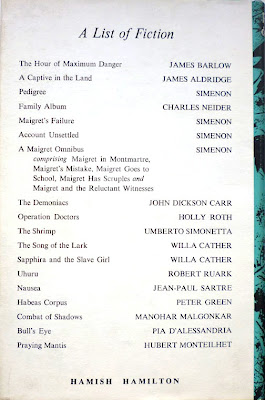 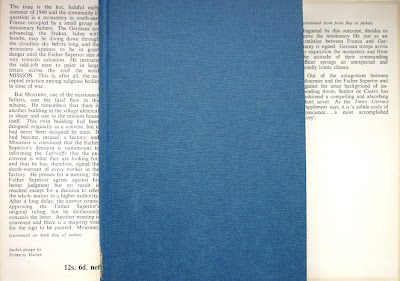 A pristine 1963 Hamish Hamilton first edition of The Mission by Portuguese writer and journalist Jose Maria Ferreira de Castro. Not the sort of thing I usually go for, I must admit, but it's an intriguing-looking novella, and quite uncommon in English translation, the Hamilton first being, I believe, the only English-language edition (which I guess explains why there are only three copies available on AbeBooks at present). The wrapper design is by a new name to me – Patricia Davey, who also designed distinctive dust jackets for books by, among others, Truman Capote (Breakfast at Tiffany's, Hamilton, 1958), Raymond Chandler (Playback, Hamilton, 1958), Robert Ruark (Uhuru, Hamilton, 1962) and Iris Murdoch (Bruno's Dream, Chatto, 1969). Her jacket for The Mission is certainly a worthy candidate for inclusion in Beautiful British Book Jacket Design of the 1950s and 1960s – and I can reveal that there'll be further additions to the gallery before these Suffolk posts are done.

Before we get to those, though, let's take a look at another Ann Green find – a very special copy of an autobiography by one of my favourite authors...
Posted by Nick Jones (Louis XIV, the Sun King) at 08:00