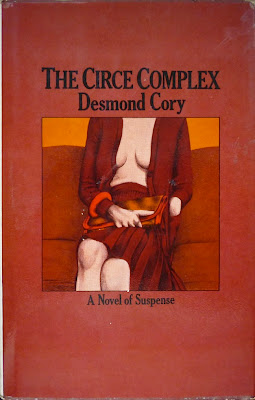 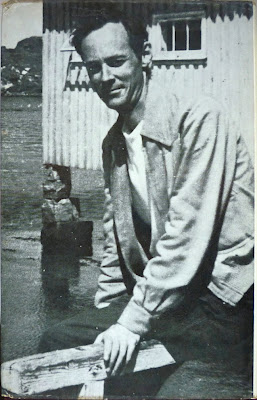 Published by Macmillan in 1975 – Cory's first book for that particular publisher – The Circe Complex is a standalone work about a psychiatrist, Ollie Milton, whose girlfriend Valerie enlists his aid in springing her husband from prison in order to track down the jewellery hubby stole (Kirkus review here). The dust jacket of the Macmillan edition was designed by Yves Simard, who also illustrated jackets and interiors for Charles Dennis and Gavin Lambert, and who worked as a graphic artist on Lindsay Anderson's O Lucky Man!, the 1973 sequel to If (1968). 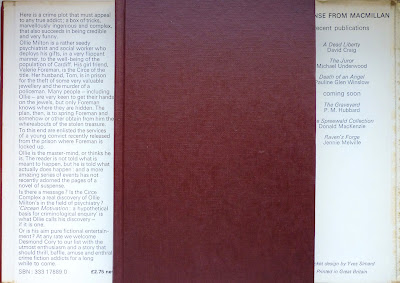 Compared to the majority of Cory's earlier Johnny Fedora spy thrillers, copies of The Circe Complex are in relatively plentiful supply: AbeBooks has nine listed at present. None of those, however, are signed, whereas my copy is: 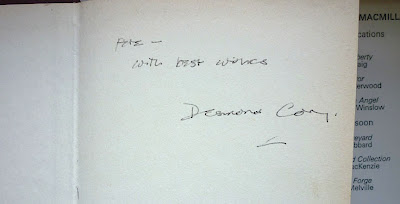 On the front free endpaper, and inscribed, to Pete, whoever he may be. Indeed, there are very, very few signed copies of any of Cory's novels around; I can only see one online at present, a signed and again inscribed copy of the US Walker edition of Deadfall (1965), which makes me wonder if, like Gavin Lyall (who I'll be returning to shortly), Cory only signed books for friends and acquaintances.

Speaking of American editions of Cory's novels, the signed Macmillan edition of The Circe Complex isn't the only copy of the book I own; I also have this: 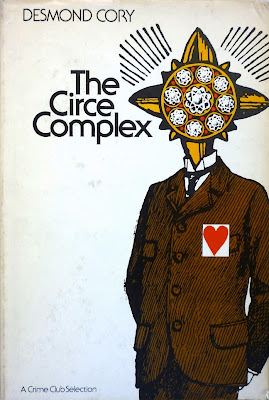 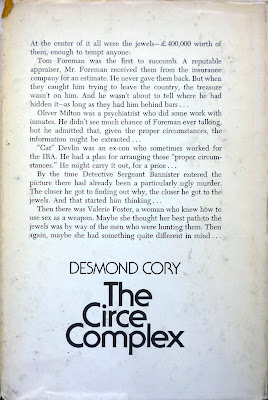 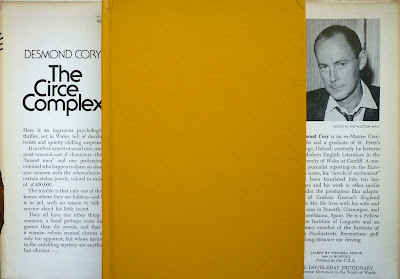 The US edition, published by Doubleday in 1975, with a dust jacket designed by noted children's book illustrator Wendell Minor. I bought this from famed book dealer Jamie Sturgeon when I visited him at his house back in May, along with a stack of other crime and spy novels by the likes of Geoffrey Household, Manning O'Brine, Dan J. Marlowe and more. Those books will be filtering onto Existential Ennui over the coming months, but I have some more recent acquisitions from Jamie that I'll be blogging about next, a selection of novels by a British thriller writer, two of which boast intriguing inscriptions, and the third of which contains a remarkable piece of paraphernalia...
Posted by Nick Jones (Louis XIV, the Sun King) at 05:03