So, having completed a series of posts on little-seen British first editions of Patricia Highsmith suspense novels – the dust jackets of all of which have now, of course, joined my Beautiful British Book Jacket Design of the 1950s and 1960s gallery – I had intended to move swiftly on to a Westlake Score. But as is often the way with Existential Ennui – where I frequently receive behind-the-scenes emails from readers drawing my attention to literary matters which might be of interest to me – no sooner had I posted the final Highsmith missive than I was contacted by Steve Colca from W. W. Norton in the States. Norton publish many of Highsmith's novels and short stories, and on 4 June reissued twenty-one of her books as ebooks, including all five Tom Ripley novels. And to promote this happy event, they've come up with a fun web innovation: 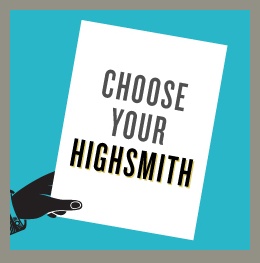 Choose Your Highsmith: The Patricia Highsmith Recommendation Engine. It's simple enough to navigate, but in case there are any grandmothers among us requiring further instruction vis-a-vis sucking eggs, here's how it works. You click on the "Choose Your Highsmith" button at top left: 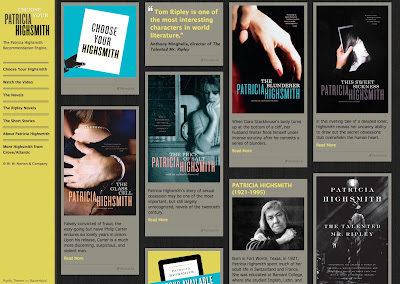 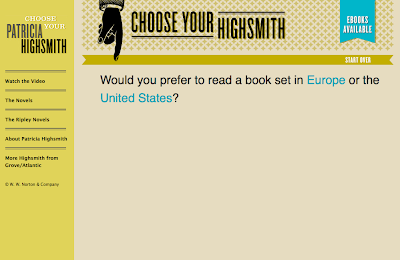 Hmm... I believe I'll go for a European locale in this instance, which presents me with these options: 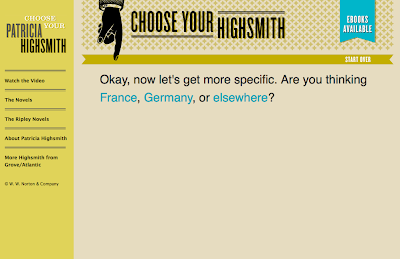 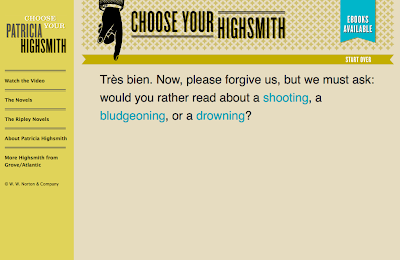 Choices, choices... I think I'd like to read about a shooting: 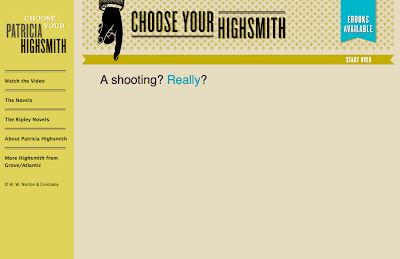 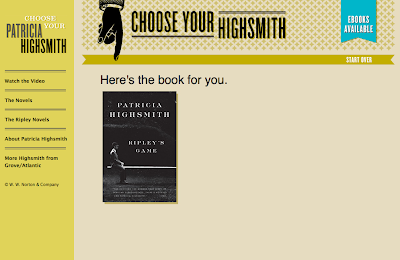 And there you have it: the recommendation is my favourite Highsmith novel, Ripley's Game, which does indeed feature a shooting in France, towards the end of the book. Although it also features a shooting in Germany, and there doesn't appear to be a "shooting" option if you pick Germany earlier in the process. But no matter: The Patricia Highsmith Recommendation Engine is a diverting development both for Highsmith neophytes and for those of us who are more familiar with her work, and W. W. Norton have also included a short video on the site, which sees the likes of graphic novelist Alison Bechdel and Highsmith's biographer Joan Schenkar extolling the virtues of "the poet of apprehension" (as Graham Greene put it).

I'll have more on Patricia Highsmith in the not-too-distant future, notably a very special first edition of one of her short story collections. But next on Existential Ennui – and indeed on The Violent World of Parker blog – that promised Westlake Score...
Posted by Nick Jones (Louis XIV, the Sun King) at 06:22