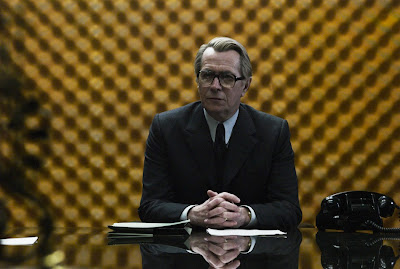 Good Lord, look at that: it's 3 January already. How did that happen? Seems like only yesterday I was slumped on the sofa, staring blankly at the telly and thinking to myself, "I really must write that preview of 2012 I promised I'd post early in the new year"... Oh, wait: it was yesterday. Hurm. Well anyway: happy new year, chums. And what a year it promises to be: mayoral elections in London, presidential elections in the States, the Olympic Games in Britain, The Avengers and The Dark Knight Rises at the cinema, and, if the Mayans are to be believed, the end of the world on 21 December.

Here on Existential Ennui, however, it'll be pretty much business as usual... with a few twists. For one thing, come the end of the week, I'll be posting Existential Ennui's very first competition, offering American readers (and only Americans; sorry, Brits) the chance to win a bunch of Tinker Tailor Solider Spy movie swag, to tie in with the general release of the film in the US – hence that image of Gary Oldman as George Smiley at the top of this post. You can read my glowing review of the film right here, and don't you dare forget to check back in on Friday for the competition. (Er, if you live in America.) 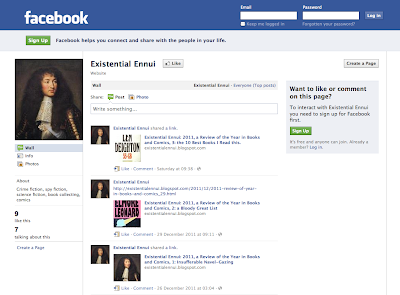 For another thing, Existential Ennui now has a Facebook page. Quite what I'll be doing with it now I've set it up is something I'm still pondering, but it exists, so you may as well, y'know, go "like" it – if, that is, you do indeed like Existential Ennui; if you don't, I'm afraid there's no "unlike" option, so you'll just have to make do with not "liking" it. As soon as I work out a way to install the "like" button on Existential Ennui itself (as in, the blog) without it appearing as a massive, unattractive, ungainly box that cuts into my sidebar, I'll be doing that, too. (UPDATE: I have now done that. Huzzah.)

All of that aside, though, blogging will continue in much the same vein as usual. You might have noticed that I've changed the sub-header of EE to "Crime and spy fiction, SF, book collecting, comics"; I figured it was about time I stated slightly more clearly what this blog is all about, and those, unsurprisingly, are the areas I'll be concentrating on over the coming months, not least via my ongoing series on espionage series (a series which was, you'll recall, interrupted by my end-of-year round-up posts). That said, there will still be room for posts on other literary matters, whether it be non-fiction, lit-fic, publishing, or whatever else happens to take my fancy. 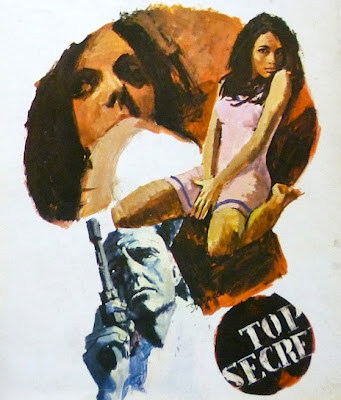