2011, a Review of the Year in Books and Comics, 1: Insufferable Navel-Gazing 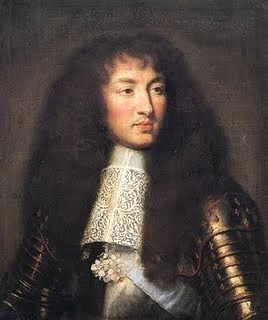 Well, it's that time of the year again, when we all down tools, decamp to whichever godforsaken corner of the world we hail from (suburban south London in my case, via Surrey and Essex), and get set to munch our way through an overcooked bone-dry bird of some description, hand out gifts we ordered off Amazon, receive IOUs denoting the Amazon-ordered gifts we would have received if the bloody things had turned up on time, and fall asleep in front of whatever tripe is on telly this Christmas.

But wait! The advent of the festive season means it's also time for Existential Ennui's Review of the Year in Books and Comics! And in a frankly welcome change of programming from last year's overlong extravaganza, this year I'll be foisting just three end-of-year posts on you, instead of the previous six. T'other side of Christmas I'll have 2011's version of the Bloody Great List of books I read this year, and after that I'll be choosing my favourite books from that list.

Before all that, though, and as is traditional on Existential Ennui, I'm going to completely ignore the momentous events which have shaken the wider world – Arab spring, tsunami, radioactive emergency, a referendum, riots, recession and a royal wedding – and instead cast a critical eye over a topic which is very dear to my heart: me. Or rather, me, as filtered through Existential Ennui. Last year I posted two EE-centric missives in amongst my end-of-year round-ups, one an overview of EE in 2010 and the other a guide to what I reckoned were my best posts last year. I shan't be attempting the latter this time for the simple reason that I think my posting this year was pretty consistent, at least in terms of depth and breadth, if not quality (only you can determine that); my advice, if you fancy sampling 2011's posts, is to click on whichever subjects in the "Abiding Preoccupations" tag cloud down there in the right-hand column pique your curiosity. 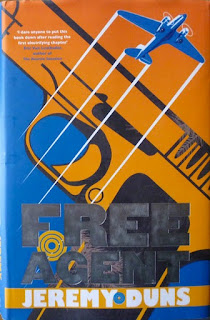 Instead, let's take a more general look at Existential Ennui in 2011. And if 2010 was the year of Donald E. Westlake/Richard Stark, then 2011 was the year of the espionage novel. Spy fiction loomed large over Existential Ennui this year, from February/March's Spy Fiction Fortnight right through to my still-ongoing series on spy series, with a number of other author-focused runs of posts in-between, featuring Len Deighton, Anthony Price, Adam Hall, John le Carré, Sarah Gainham, Donald Hamilton and William Haggard.

One thing there was rather less of on Existential Ennui this year was comics coverage. I managed a handful of Notes from the Small Press posts, and a post on the DC Comics New 52 relaunch, but while I continue to buy comics on an almost-weekly basis, I find I have little of substance to say about them. At this point my comics habit really is just that: a habit, rather than a passion. And given how disappointing that DC initiative proved, plus my faltering interest in Marvel's wares, it's a habit I intend to wean myself off of in the new year. (Perhaps after the Avengers vs. X-Men event...) 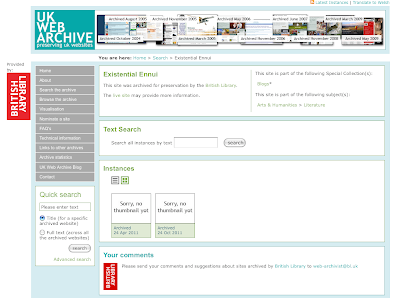 There were, I think, three blogging-related moments which really stood out for me in 2011. The first of those arrived in April, when the British Library contacted me asking if they could archive Existential Ennui. Coming, as it did, completely out of the blue, the request represented, to my mind, the tiniest vindication of all the effort I'd been putting into Existential Ennui; if an institution as esteemed as the British Library could see some worth – however small – in my ill-informed ramblings, then I must be doing something right. Existential Ennui's dedicated page on the Library's UK Web Archive can be found here (it's already been updated once). 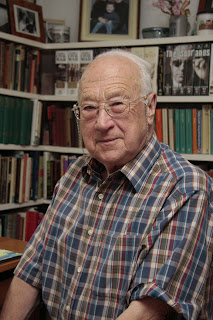 The second stand-out moment came in July, when I got to meet and interview spy novelist Anthony Price. I'd discovered Price's work early in 2011, and thoroughly enjoyed his books, so when I realised he was still with us, and that there were no interviews with him online, I decided to do something about it. My two-part interview with him can be found here and here, and both parts continue to receive hits daily.

The third memorable moment actually had more to do with another blog rather than this one – i.e., the one on The Violent World of Parker website. As of August I became the official co-blogger on Violent World, posting alongside proprietor Trent on all things Westlake, Stark and Parker. I've received a very warm welcome over there, and I don't believe Existential Ennui has suffered as a result, not only because I've been re-posting my Violent World pieces on here too, but also because having to come up with regular(ish) content for TVWoP has meant that I've kept up 2010's level of Westlake-related posting in 2011. 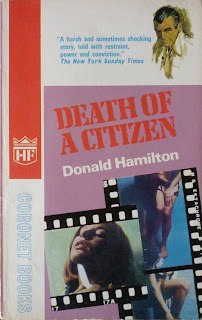 Taking all of that into account, plus other stuff like excellent guest posts from Michael Barber and Paul Simpson, a short Q&A with Dexter creator Jeff Lindsay, and my breaking the news of the return to print of Donald Hamilton's Matt Helm novels, it's been a pretty good year on Existential Ennui. Certainly EE is seeing increasing levels of links and comments coming in and currently attracting well over double the volume of traffic it did this time last year – around 3,500 hits per week at the moment. A percentage of that is obviously spam, and a further percentage repeat visits, and in the grand scheme of things it's still pretty small beer... but for a books blog – and an esoteric, idiosyncratic and frequently unreadable one at that – it's not too bad at all.

Mind you, some things remain unchanged: I still write in the same infuriatingly prolix and pompous fashion I always have. But since it's me who is the driving "creative" (using the term loosely) force behind this blog, there's not a whole lot can be done about that. And if you can stand my abstruse "style" (again, using the term very loosely), there is at least some occasionally useful information on Existential Ennui these days, on authors, cover artists, publishing, and more besides, all of it searchable from the little box just below right of my glorious masthead. Pop in a search term and give it a go, why don't you.

Merry Christmas, and I'll see you all again after the festivities.
Posted by Nick Jones (Louis XIV, the Sun King) at 12:42