For this latest instalment in mini-comix archaeology series Notes from the Small Press (scroll down to the bottom for links to previous posts) we head back to the mid-1980s/early 1990s for a look at some of the comics produced by Chester collective Help! Shark.

Help! Shark were a group of cartoonists based in the North-West England city of Chester, comprising Chris Flewitt, Gavin Butler and Steven Martin. As ever with that 1980s period of frenetic small press action, I became aware of their work via Ed Pinsent et al's Fast Fiction table at the London Westminster Comic Mart – and as ever, Ed himself has a biography of the Help! Shark crew on his website, as well as a cover gallery of their comics. What made Help! Shark's stuff stand out in the first instance was their design: they had the most stylish covers in the entire small press scene, with intriguing typographical arrangements, striking two-colour layouts and often additional quirks, like the cover being slightly shorter width-wise than the rest of the comic, or the comic opening from the back: 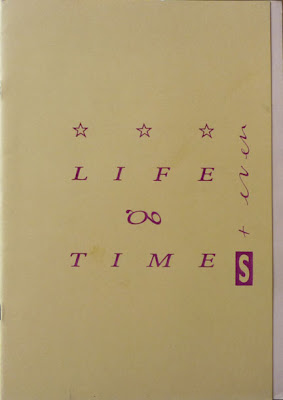 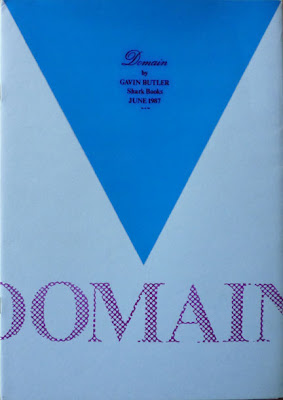 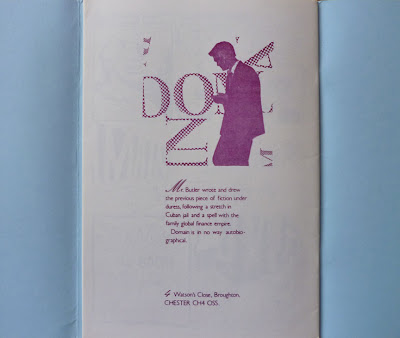 Or even, in the case of Steven Martin's 1987's comic Splendid, requiring the reader to undo a vertical strap which folded round from the back cover, like unfastening a belt buckle: 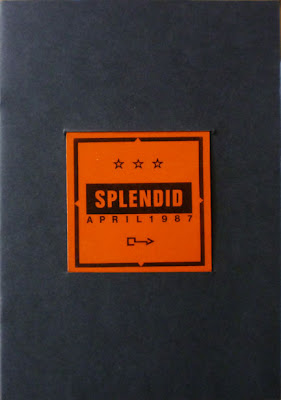 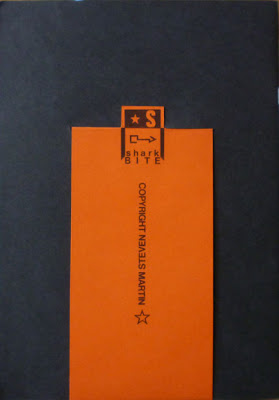 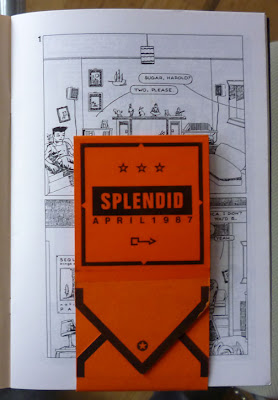 These distinctive design choices extended to the interior of the comics too. Ed Pinsent recalls Help! Shark had access to a litho printer at a community centre, which meant that in terms of production values, their A5-sized publications were a cut above the standard photocopied small press fare. Comics would come with spot-colour endpapers, or perhaps be printed on pastel paper in purple ink: 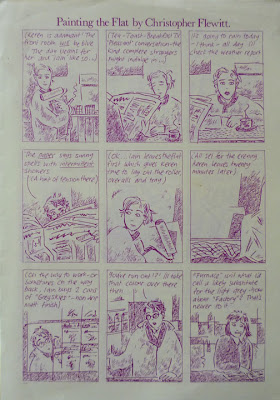 But despite all this high end design, and as Chris Flewitt's June 1987 four-page pamphlet above demonstrates, the subject matter of the various comics was often determinedly everyday. Stylistically the three artists were quite different: Flewitt's art was scratchy and naturalistic; Martin's had a hint of Gabrielle Bell about it (although obviously he preceded her by some way); and Gavin Butler had much in common with early John Bagnall or Glenn Dakin. But their stories – or at least Flewitt and Martin's; Butler's tended more toward the madcap – were concerned with ordinary people living ordinary lives – albeit with the odd surrealistic touch; Martin's 1987 slice-of-life comic Life & Times, which is essentially about two lads chatting and then failing to get into a club, ends with the introduction of a talking cat called Frank. 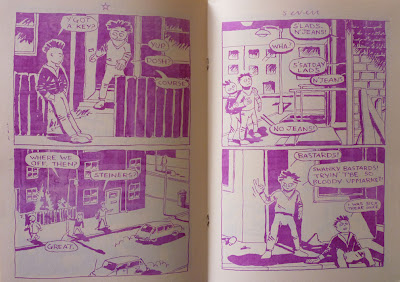 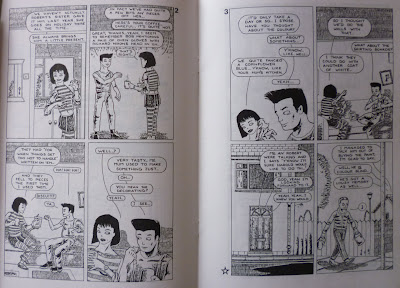 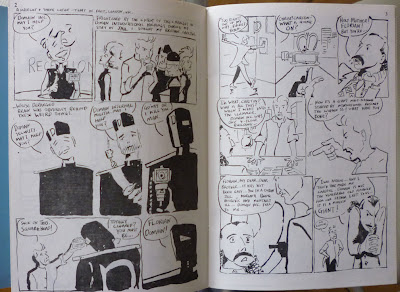 That's spreads from Life & Times, Splendid and Domain above. In 1991 the three cartoonists produced an anthology, Great Nation. The first issue featured two stories by Martin and one each by Flewitt and Butler, and it's interesting to see how their approaches had changed. Martin in particular adopted more of a classic British comics style for his largely 'silent' World War I tale "War Story", but Flewitt had also altered his technique, simplifying his linework, while Butler reined in his chaotic artwork for an adaptation of a William Faulkner story. 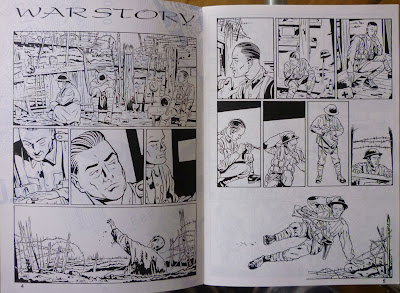 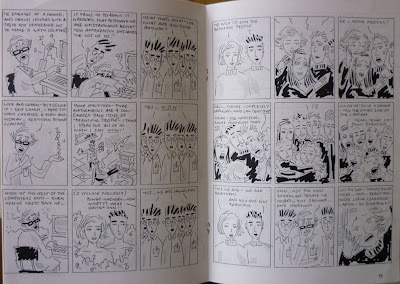 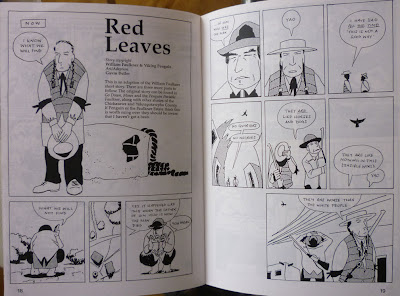 For the second issue, Martin was replaced by Ten Bears, whose slapstick cartoons sat uneasily next to Butler and Hewitt's more considered work. But there is an intriguing experiment in the comic featuring all three artists plus Rich Holden, "State the Problem", which was produced using Brian Eno's Oblique Strategies technique. It's a real non-sequitur of a strip, as you'd expect, but quite engaging nevertheless: 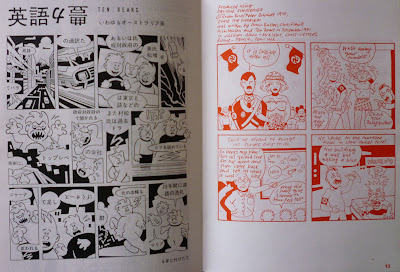 What happened to the Help! Shark crew after Great Nation I've no idea. Like a lot of British small press cartoonists active in the pre-internet era, there's very little information about them online. But their contribution to the Fast Fiction scene was sizable, and their output was always thoughtful, unusual and occasionally quite special (Life & Times is one of my most treasured small press comics). If they were around today producing the kind of work they did back then, I suspect they'd be rather more feted. 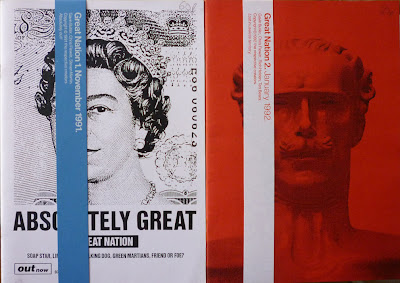 Notes from the Small Press 10: Some Sav Sadness Comics by Bob Lynch
Posted by Nick Jones (Louis XIV, the Sun King) at 10:39