Justified: Raylan Givens in Riding the Rap by Elmore Leonard 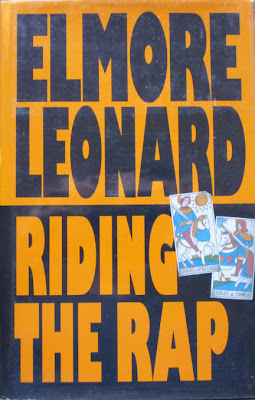 If you've just joined us, this week I'm making my way through the two novels and one short story – actually more of a novella – that together provide the inspiration for the TV show Justified, which begins its second season in the US on Wednesday. Yesterday I was looking at the first of those, 1993's Pronto, as well as at how the tone and feel of Elmore Leonard's writing generally informs Justified. Today, it's the turn of 1995's Riding the Rap, and the focus in this post will be on the characters, in particular the star of the show, Deputy US Marshal Raylan Givens, as portrayed by Timothy Olyphant. And if that strikes you as being potentially a bit worthy and dull, well, I'll do me best to pep things up.

Riding the Rap picks up the story of Raylan, Miami bookmaker Harry Arno, and Harry's former girlfriend – and now Raylan's girlfriend – Joyce, following the events of Pronto, which climaxed with a shootout between Raylan and gangster Tommy Bucks (the same shootout that kicks off the first series of Justified, in fact). All three are now back in Miami, and Harry is back to his bookmaking ways, although still making noises about jacking it all in. To do that, however, he has to tie up a few loose ends, one of which is Chip Ganz, a middle-aged stoner who owes Harry $16,500. So Harry dispatches skiptracer (and occasional hitman) Bobby Deo to retrieve the money. Bobby, however, soon gets other ideas, and falls in with Chip and Chip's ex-con associate Louis Lewis in hatching a plan to kidnap Harry and hold him hostage (Beirut-style) in order to extract Harry's considerable fortune. But when Joyce, who still cares for Harry, realises he's missing, she asks Raylan to find out what's happened to him. 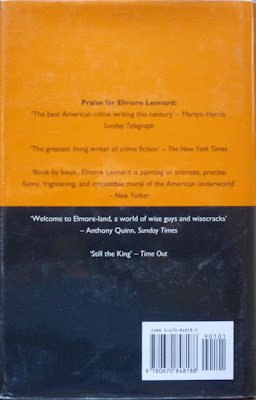 Now, if all that sounds a little familiar to fans of Justified, that's because Riding the Rap forms the basis of the first season episode Fixer. In that episode, Harry becomes Arnold Pinter, Chip becomes Travis Travers (and earns Raylan's exclamation of disbelief upon hearing his name, instead of in the novel, where Raylan responds to learning Lewis's name with, "You putting me on?"), and Louis and Bobby get blended into a single character, Curtis Mims, but otherwise, the broad strokes remain the same. (There's another, early sequence in Riding the Rap that ends up almost verbatim in a different season one episode, namely the second one, Riverbrook. In the novel, Raylan transports Dale Crowe Junior to prison and nearly gets carjacked; in Riverbrook, he transports his brother, Dewey, and afterwards gets locked in a gas station storeroom by an escaped convict. Much of the choice dialogue transfers from one to the other though, along with Raylan's brutal but effective straightening out of Crowe.)

All this chopping and changing of characters shouldn't detract from the central thrust of my hypothesis, however, which is that Justified is the most faithful interpretation of Leonard's stories yet. Yesterday I noted that that's partly down to the way Justified effectively parlays the tone of Leonard's writing, but a lot of it is also down to those characters, altered though some are. Elmore Leonard's characters are unfailingly appealing, whether they're charming policemen or lowlife criminals, because Leonard takes you inside their heads and shows you events from their perspective. He switches viewpoints constantly, not just from chapter to chapter but multiple times within each chapter. In Riding the Rap, one minute you're seeing things from Raylan's perspective, the next from Chip's, then from Bobby's and so forth. It's how Leonard gets you to relate to each character, no matter how objectionable they may be. 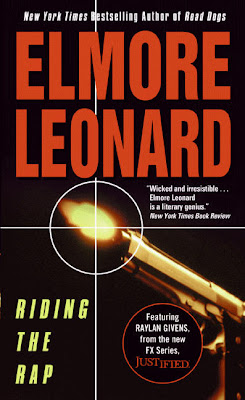 Justified does some of this too, although the spotlight does fall on Raylan more (probably necessarily, the demands of television being what they are). Even so, it's commonplace for episodes to cut away to action that Raylan plays no part in. In Fixer, we spend ample time with Travis and Curtis – and indeed they play out a key scene in the episode, the quick-draw dry run, which in the novel is enacted by Louis and Bobby. Similarly, much of Long in the Tooth (inspired, remember, by Pronto) plays out from Rollie's perspective. And throughout season one of Justified we see events variously from Raylan's ex-wife Winona's point of view, from her current husband Gary's, from Raylan's father's, and most prominently from that of Boyd Crowder, who mined coal alongside Raylan when they were young men (as related in both the final Givens story, 2002's Fire in the Hole, and the show), and who becomes his foil, his nemesis, and eventually his friend.

But Justified doesn't just lift characters straight from Leonard's original stories. It introduces new ones too, and expands on existing ones significantly. With the new characters that showrunner Graham Yost and his writers have created, what's interesting is that they could've easily come from the pages of a Leonard book. Neither Rachel Dupree (Erica Tazel) nor Tim Gutterson (Jacob Pitts) – both fellow marshals – appear in Leonard's stories, but the way they act on screen, they might just as well have. Theirs and Raylan's boss, Art Mullen (Nick Searcy), does appear in the novella Fire in the Hole, but not a hell of a lot. Yost, Searcy and co. stay true to Leonard's conception of the character but build on those bare bones to create a fully rounded, funny, often despairing (at Raylan's actions, that is) man who shines in every scene he's in.

The supporting character who's developed most is, of course, Boyd, played by Walton Goggins. He only appears in the short story Fire in the Hole, but he drives the narrative there, a neo-nazi religious nut who's nevertheless utterly compelling. His story ends in Fire in the Hole, but the way he grows in Justified, becoming an increasingly conflicted and complicated character, would, I think, meet with Elmore Leonard's approval. 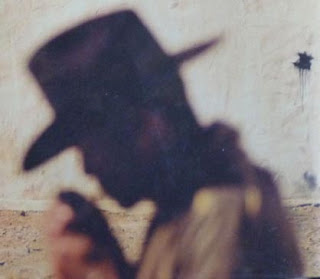 As for Raylan, it's almost uncanny how Justified brings him to life. As a massive fan of Deadwood, I already knew that Timothy Olyphant could do pent-up fury, but in Justified the way he channels Raylan is extraordinary. It's a cliche, but it really is as if the character has stepped off the page; the way he speaks, his deceptively laidback attitude, his Southern good manners: it's all there. And it's not even a case of him spouting Leonard's lines, although he does that too. Olyphant perfectly captures Raylan's strange mixture of gentle inquiry and simmering but largely invisible anger, as well as his innate intuitiveness. (The character Reverend Dawn in Riding the Rap, herself a psychic – an occupation Leonard offers no judgement on – senses that Raylan possesses a form of second sight. Joyce probes Raylan on this too, wondering how he could have known Tommy Bucks had a gun – and dooms their relationship as a result.)

The affectation of the Stetson is there in both the novels and the show as well, as much a part of Raylan's character as how he thinks or moves. What Raylan is, is a man out of time. The cowboy hat is an obvious pointer, but there are also the constant references to stand-offs, shootouts, gun thugs, and most of all that seated gunfight with Tommy Bucks, which comes to define Raylan in a lot of people's eyes. More than one character notes that Raylan really belongs in the Old West. This is all made explicit in Riding the Rap (the title of which Raylan repeats in the novel itself; "It's all anybody has to do") and Fixer, with Bobby/Curtis wondering if he can outdraw Raylan, although both Leonard and the makers of Justified subsequently puncture that fantasy through Raylan's confrontation with Bobby and then Bobby/Curtis and Louis/Travis's fast-draw practice session. 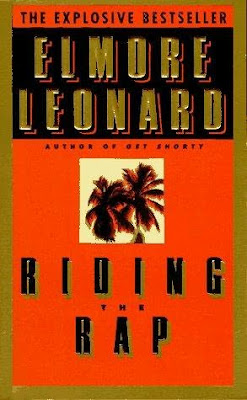 There are differences between Raylan in the books and Raylan on the screen. Raylan is divorced in both, but has two sons in the stories and is childless in the show. His father is dead in the novels. But these are minor changes. The essence of Raylan is virtually identical in either medium. It's an entirely faithful translation. And as we'll see in my final post tomorrow, that faithfulness, from character to dialogue to plot, becomes glaringly apparent in the last of Leonard's Givens stories, Fire in the Hole.
Posted by Nick Jones (Louis XIV, the Sun King) at 04:45