Having begun the year with Kingsley Amis – and, come to think of it, ended the previous year with him as well – I thought I'd round off the first week of this new decade with him too (unless of course tomorrow's Lewes Book Fair turns up a tome so knee-tremblingly exciting that I'm compelled to blog about it straight after), not least because it gives me another chance to plug Michael Barber's excellent essay on Amis. Mind you, given the subject matter of this particular book, it might have been more fitting to post this on New Year's Eve... 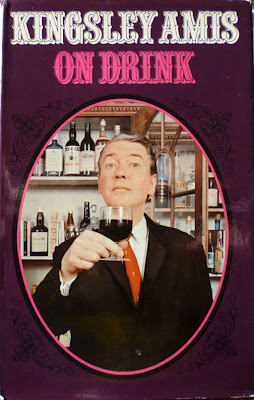 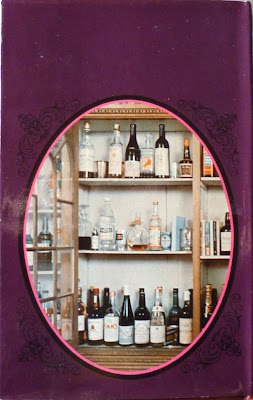 This is the UK hardback first edition of On Drink, published by Jonathan Cape in 1972. It's a collection of essays on all manner of booze-related matters, from alcoholic literature to drinks recipes, home bar advice to thoughts on wine, imbibing abroad to hangover cures, and more besides. It is, as you'd expect, caustic, witty, wry and amusing: the introduction, for example, deals with reasons for drinking  – "A team of American investigators," Amis writes, "concluded recently that, without the underpinning provided by alcohol and the relaxation it affords, Western society would have collapsed irretrievably at about the time of the First World War" – and the ruination of English pubs; "With some shining exceptions," he notes, "of which my own local is one, the pub is fast becoming uninhabitable." Plus ça change...

Elsewhere in its 112 pages, the chapter on 'Actual Drinks' offers both traditional and highly individual recipes. As a fan of Mad Men, I found the recipe for Don Draper's tipple of choice, The Old-Fashioned, instructive, while the one for 'Evelyn Waugh's Noonday Receiver' is a priceless piece of dry brevity:

Put the gin and the Guinness into a pint silver tankard and fill to the brim with ginger beer. I cannot vouch for the authenticity of the attribution, which I heard in talk, but the mixture will certainly revive you, or something. I should think two doses is the limit.

I love the "or something" there.

The photograph on the front cover is by John Goldblatt, who Amis worked with on journalistic assignments. According to The Economist's review of Amis's Zachary Leader-edited Letters (2000), "When a photographer called John Goldblatt is sent to work with [Amis] on a magazine assignment, Amis writes to [Philip] Larkin that Goldblatt 'ate a couple of pork chops unhesitatingly enough,' and thereafter refers to him as 'the pork-chop chap'." (The Economist piece identifies this as an example of Amis's "sniggering anti-Semitism".) Meanwhile, inside the book, scattered in amongst the prose pieces are illustrations – more cartoons, really – by Nicolas Bentley. Bentley was a very well known cartoonist in his day, and is fondly remembered even now. There's a brief biography of him here. 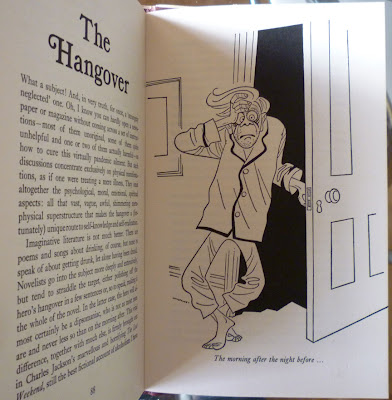 Amis actually had three books on alcohol published in his lifetime. After On Drink, in 1983 a collection of his essays for the Daily Express, Every Day Drinking, was published by Hutchinson, and the following year Weidenfeld & Nicolson issued a drinking quiz book, How's Your Glass? All three books were compiled into a single volume, Everyday Drinking, by Bloomsbury in 2008 – and quite by coincidence, Olman has just posted a review of it. Great minds think alike...

Let's sign off with a couple of relevant passages from Michael Barber's essay (go and read it if you haven't already):

For Amis, drink was inseparable from conversation and hilarity, without which life was not worth living; and these he found in the company of men. One of the reasons Jenny Bunn, the heroine of Take a Girl Like You, gets such high marks is that she doesn’t begrudge a man his sessions at the pub with his mates. Shy with strangers, Amis also found drink an invaluable social lubricant when he found himself among people he didn’t know well. Professionally it had its uses too, for while he couldn’t write when drunk, he did find a glass or two of Scotch helped when nerving himself to begin a novel. Above all, drink agreed with Amis. Like his character Maurice Allington he drank to experience “that semi-mystical elevation of spirit which, every time, seems destined to last for ever.”