I've got a few Lewes Book Bargains – which, for any latecomers, are relatively cheap books wot I have bought in Lewes, the East Sussex town in which I live – still hanging around from last year, so better get on and write 'em up, eh? Although this first one I've sort of purposely avoided, as I wasn't sure I'd be able to find anything interesting to say about it. See, a lot of the time with these Book Bargains, I've yet to read the books I'm blogging about. These posts are more of a 'look what I found' deal than a 'look what I read' affair; that comes later. But if the book in question isn't particularly old or particularly scarce, what's there to add to what has already been written elsewhere online?

Now, I could, of course, simply decline to blog about those books that I buy that don't especially lend themselves to being blogged about. But that would, in a way – a weird, inexplicable way – be an abdication of responsibility. I feel I'd somehow be letting you down, dear reader (singular, obv). So instead, I generally do what I tend to do elsewhere in my life when faced with a problem or issue which requires some thought, which is to procrastinate for as long as I possibly can before eventually relenting and addressing it, whatever it may be – which in the case of Lewes Book Bargains, is whether the book in question might hold any blogging merit or whether I should simply hide it at the bottom of a pile or on a shelf behind some other books (out of sight, etc.).

With this latest Bargain, however, I've elected to view it as a challenge, to see if during the course of writing this post I can come up with anything interesting about the book without having actually read it. Let's see how we get on. 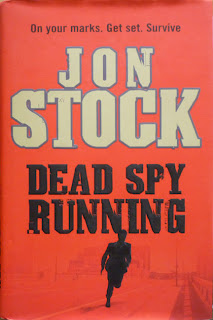 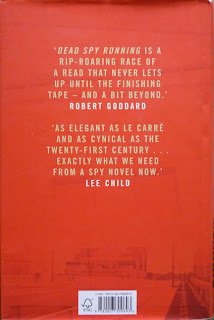 That there is the first edition/first impression hardback of Jon Stock's Dead Spy Running, published by Blue Door/HarperCollins in 2009, bought in the Lewes Cancer Research charity shop at the bottom of the bafflingly named School Hill. It's a high concept thriller (the book, not the charity shop; the shop's a pleasant enough place but there's nothing terribly high concept or thrilling about it) about a suspended MI6 officer who, whilst running the London Marathon, spots a fellow competitor who's been strapped with explosives which will detonate if he drops his pace, killing all around him, including the US Ambassador to the UK. Kind of Speed on foot, then. Unsurprisingly, the rights have been snapped up by Hollywood and there are a couple of sequels in the works. As for Jon Stock, he's a journalist with three novels under his belt – Dead Spy Running being the third. He's been compared to John le Carre, but not having read Stock yet, I can't comment on that.

Hmm. Well I have to say, none of that was noticeably interesting, so let's turn to the dustjacket, which was designed by Henry Steadman. And here things get a bit more intriguing, because Steadman is quite a big name in contemporary book cover design, having created covers for editions of all of Dan Brown's novels, Mark Haddon's The Curious Incident of the Dog in the Night-Time, Nicholas Evans's The Horse Whisperer, books by Karen Rose, Joanna Trollope, Bill Bryson, Gerald Seymour... it's an impressive client list. His covers are very 'now', very much in the school of design discussed here, but he's a photographer too, so he's a one-stop shop for publishers.

Perhaps more pertinently to Existential Ennui and my preoccupations, though, he also seems to have been behind the distinctive look of Orion's Crime Masterworks series: 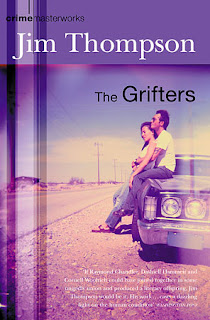 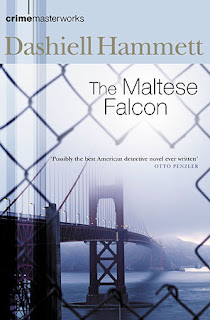 And he designed a lot of covers for BBC Books' Doctor Who range of tie-in novels in the mid-2000s, both for the ninth and tenth Doctors (or Christopher Ecclestone and David Tenant to you, chief). I don't know to what extent he was responsible for the overall styling of the line, but I'd guess to a large one: 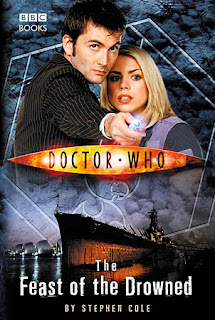 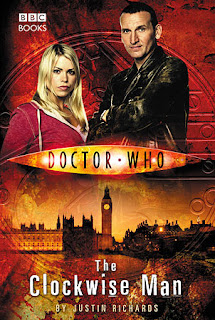 So there you have it. How did we do on the level of interest?
Posted by Nick Jones (Louis XIV, the Sun King) at 04:30