Ed Brubaker is possibly my favourite comics writer. I've read his stuff since he was writing and drawing his autobiographical Lowlife series in the 1990s. His 1999 Scene of the Crime miniseries for Vertigo was a mini-masterpiece, a dense and layered slacker detective tale with beautifully restrained artwork by Michael Lark. His work on Sleeper with Sean Phillips was first rate, fusing espionage with superpowers in a recognisably real world. With co-writer Greg Rucka he created one of DC Comics' best series of the 2000s in Gotham Central, a street-level saga examining what it must be like to be a policeman in Batman's city. For my money his run on Daredevil was better than Brian Michael Bendis' preceding run, and for a good long while his Captain America was the ongoing comic I most looked forward to. As for Criminal, well, that continues to be one of the best comic books on the racks. And that's not even mentioning Catwoman, Deadenders, Incognito...

Criminal and Incognito aside, however, more recently I've become slightly disenchanted with Brubaker's superhero comics. Captain America feels like it's gone off the boil; The Marvels Project was a bit of a snoozefest; Secret Avengers is decidedly skimpy. It's almost like he's coasting. And there are hints that some of these scripts might be a little... dashed off. Action scenes have taken precedence over the kind of dense plotting and deep character work Brubaker can be so good at. Dialogue is getting repetitive. But the clearest indication is the constant use of a certain phrase, one that I mentioned a couple of days ago, one that seems to crop up in every single Brubaker comic at the moment:

So bugger me if I wasn't coming back on the train from the comic shop just now and decided to read Secret Avengers #4 on the way, and in the very first panel of the comic, the very first line of dialogue was: 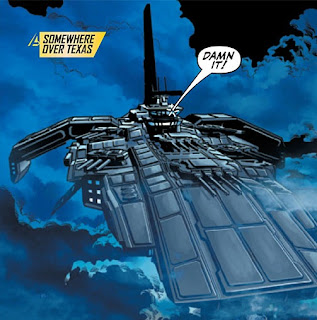 Gah! It's almost as if he's taunting me! And then, a mere two panels later: 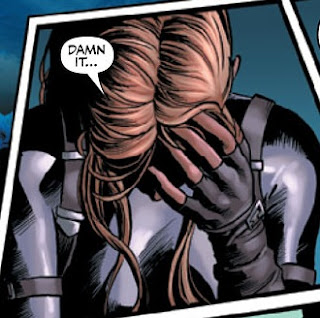 Noooo! Stop it! Stop with the goddamn "damn its"!

It's not the "damn its" themselves I object to. Swearing, even minor swearing like this, really doesn't bother me (as anyone who's read this blog can attest...). It's just there's so bloody many of 'em! Y'know, I'm almost tempted to count up all the "damn its" in Brubaker's comics over the past year or so. Or perhaps I should instigate a drinking game, like that Withnail & I one: every time you come across a "damn it" in a Brubaker comic you get to down a limoncello or something.

Anyway. Maybe it's just me. Maybe Brubaker's comics are as good as they've ever been. But if I come across one more "damn it" in a Brubaker comic I'll...