For this Friday's Forgotten Books roundup, host Patti Nase Abbott has requested books which fall under the subject header "crime fiction of the 1950s" – i.e. crime fiction originally published in the '50s (not crime fiction simply set in the '50s). I could have plucked any number of books from my shelves that fit that bill, but I've plumped for this one: 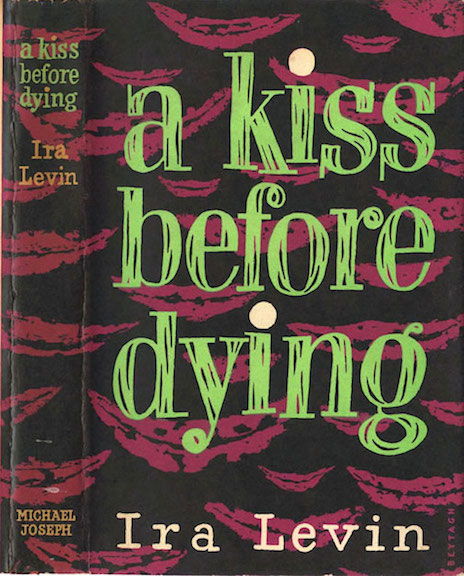 Ira Levin's debut novel, A Kiss Before Dying, seen here in British first edition/first impression, published by Michael Joseph in 1954. The simple but striking dust jacket design is credited to Beytagh, who I believe to be Dennis Beytagh; another example of his jacket work can be found wrapping the 1957 Pegasus Press first edition of New Zealand author Janet Frame's celebrated debut novel Owls Do Cry, but he's perhaps more widely admired for a New Zealand tourism poster he created in 1960 and for his illustrations in the Reed first edition of The Silver Fern: A Journey in Search of New Zealand by Temple Sutherland from the same year – all of which leads me to suspect he was either a New Zealander himself or emigrated there. Nevertheless, his jacket for A Kiss Before Dying wraps a British edition of the novel, so I've added it to the Existential Ennui Beautiful British Book Jacket Design of the 1950s and 1960s page. 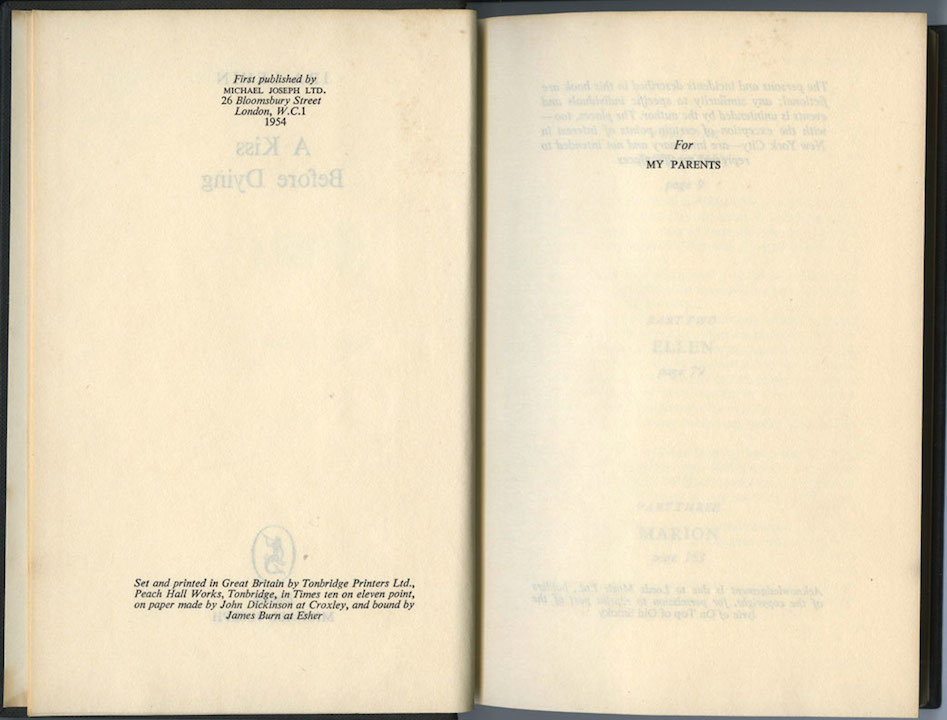 A Kiss Before Dying has been on my radar for a while, for a number of reasons. I'd read and enjoyed one of Levin's later novels, The Boys from Brazil (1976), in 2012, and around the same time had seen a copy of the Joseph edition of A Kiss Before Dying in a later impression – it went through four impressions (printings) that I know of before being reset in 1956 – in Camilla's secondhand bookshop in Eastbourne and been mildly tempted (I elected in the end to hold out for a first impression). And then to cap it all a friend of mine, novelist Nina de la Mer, started raving about Levin's work in general and A Kiss Before Dying in particular on Twitter and the like, and as a consequence my curiosity about the book reached critical mass and I actively sought out a British first edition/first impression, by chance finding one right on my doorstep courtesy of Brighton-based book dealer Alan White at the tail end of last year. 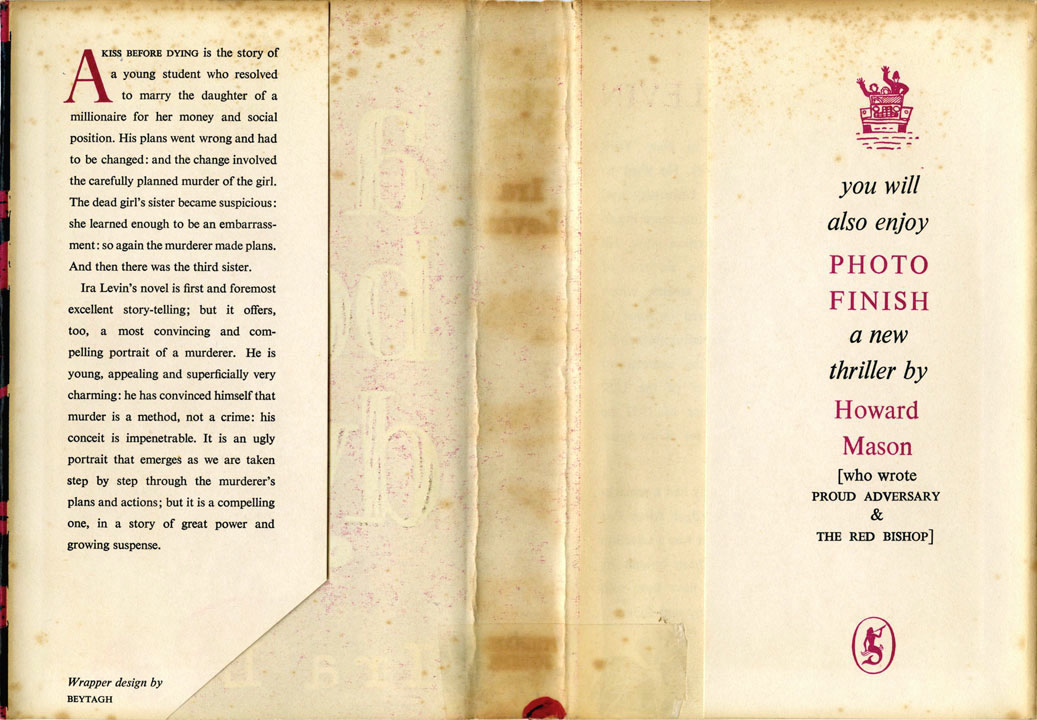 And I bought it, and read it, and liked it just fine; the writing is more melodramatic than the calmer stylings of The Boys from Brazil, but many of the things that I found compelling about that later book are present and correct here too, notably the pace and the high concept – the latter being something Levin excelled at; he only wrote seven novels, and yet they begat a clutch of classic Hollywood movies (Rosemary's Baby, The Stepford Wives, etc.). What's really interesting is how in this instance the high concept informs the structure of the novel. The story centres on a male student – initially unnamed so as to allow Levin to indulge in some deftly handled misdirection regarding the killer's identity – who works his way through three sisters, one by one, in murderous fashion, with the ultimate aim of getting his hands on their inheritance; accordingly the book is broken up into three parts, each named after one of the sisters: Dorothy, Ellen, and Marion. 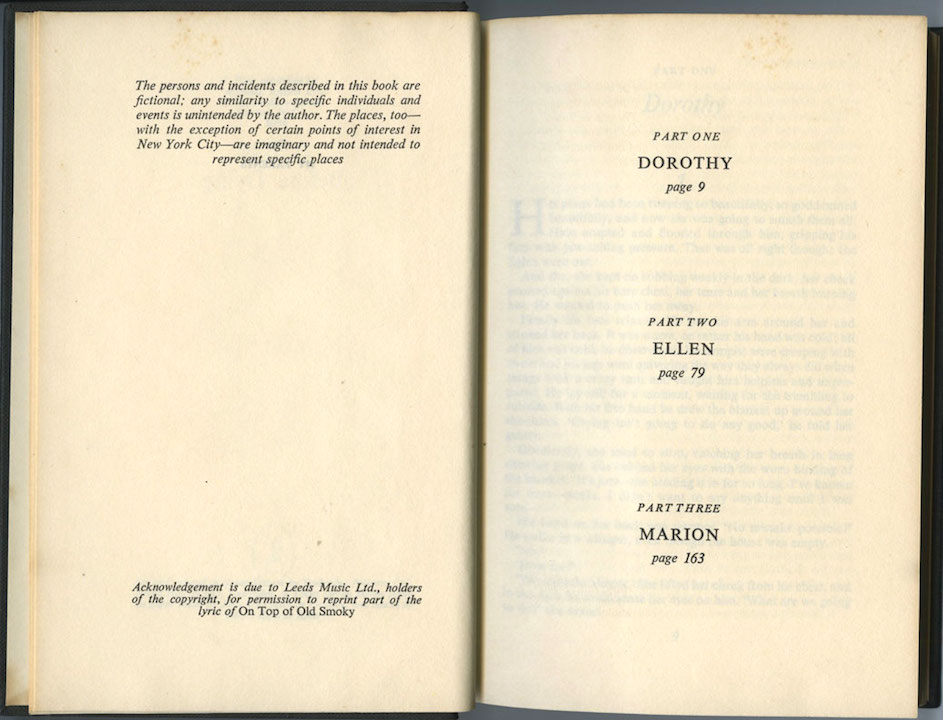 In the way in which the protagonist attempts to elevate himself from humble origins utilising murderous methods, A Kiss Before Dying reminded me of another 1950s crime novel: Patricia Highsmith's The Talented Mr. Ripley (1955). For me, though, Levin's tale lacks the psychological heft of Highsmith's. As motivation for the killer's money-grubbing actions Levin sketches in a deprived but golden childhood where success in adulthood seems assured; but that bright future is derailed by the draft, and an episode in the Pacific at the fag end of World War II kindles his homicidal urges. Building character isn't necessarily all about providing backstory, however; we know very little of Tom Ripley's background, and yet Highsmith makes him a vivid creation – a more fascinating one, I'd argue, than Levin's lead – via the things he thinks and says and does. 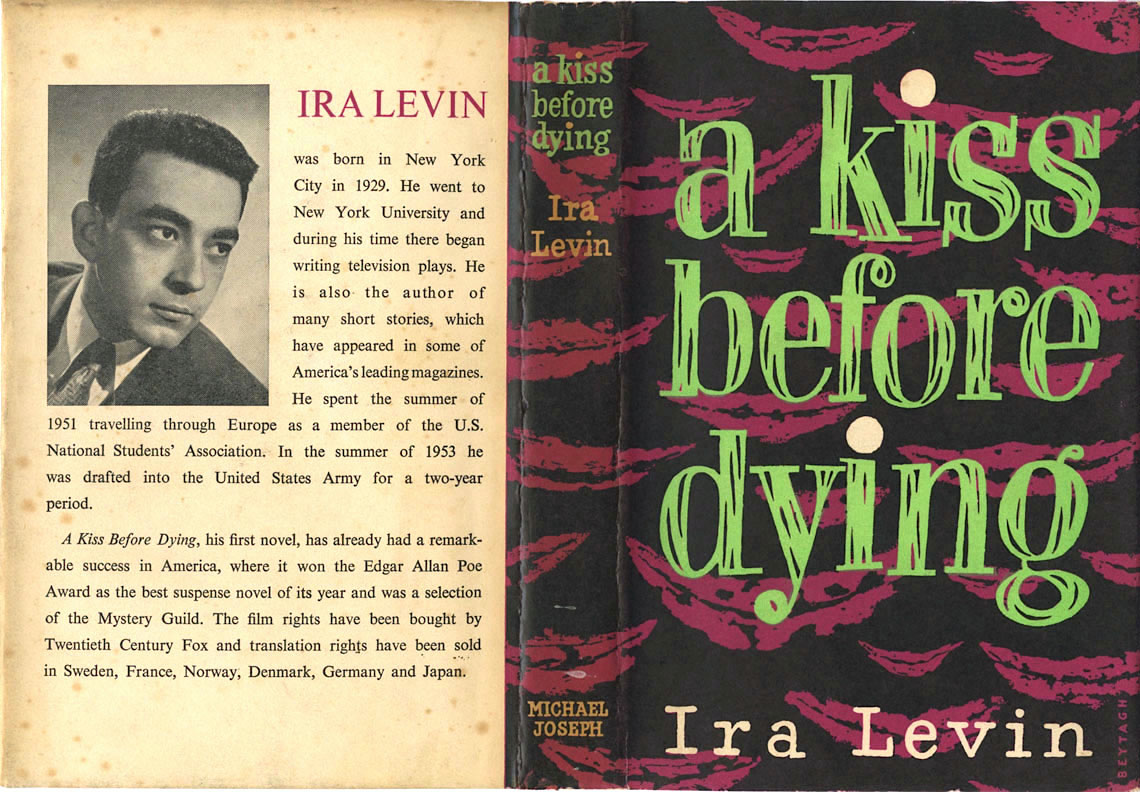 In fact the net result of my reading A Kiss Before Dying was to leave me hankering after some more Highsmith – her dispassionate eye, her abiding amorality. So it's just as well I've made a few new Highsmith acquisitions – some unique and remarkable items which I'll be unveiling as part of my sporadic series of posts on signed books.
Posted by Nick Jones (Louis XIV, the Sun King) at 08:30