Back in December 2012, I intimated at the close of my month-long series of posts on vintage paperbacks that there'd be further paperback posts on Existential Ennui in the new year. Not entirely unpredictably – this is, after all, a blog about old books (although ones of the hardback variety for the most part) – so it has proved: I posted a 1962 Peter Rabe sleaze softcover at the end of last week – with plenty more non-sleaze Rabe softcovers to come – and now I have for you an even more recent online purchase, the first of a handful of random paperbacks I'll be showcasing in an intermittent fashion over the coming weeks. It's one of my favourite novels, but I've never owned it in any edition of note – until now. 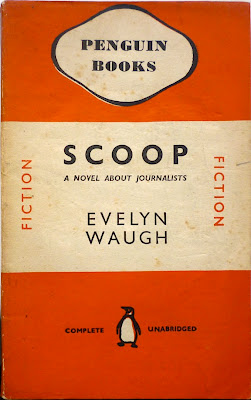 It's the first Penguin paperback edition of Evelyn Waugh's Scoop, published in 1943 (Penguin #455), five years after the Chapman & Hall first edition (although, curiously, the copyright line in the Penguin edition states the novel was first published in 1933). Still the preeminent "Novel About Journalists" (as the subtitle has it) – up to a point, Lord Copper; Michael Frayn's Towards the End of the Morning (1967) is, I'd suggest, just as sublime – there have been umpteen impressions and resets of the Penguin paperback over the decades, some of them bearing very similar front covers to this iconic design. But true first impressions are quite uncommon (at time of writing there's only one other copy on AbeBooks, for example), a consequence, perhaps, of the edition's wartime provenance – apart from anything else, the book is printed on very thin paper stock and therefore prone, I imagine, to damage – and, related to that, unique features. Such as the back cover: 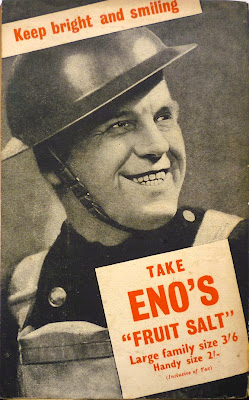 where an ARP warden evinces the evident benefits of Eno's Fruit Salt via a toothsome grin worthy of a Terry Gilliam Monty Python animation. Or the inside front cover and first page: 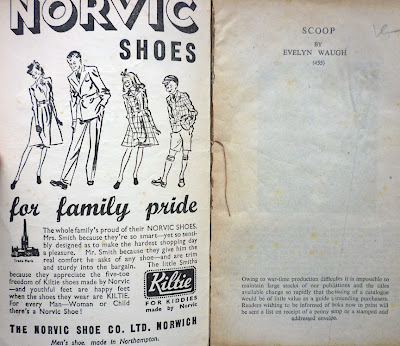 where an advert for Norvic Shoes rather overshadows the admission from Penguin that "war-time production difficulties" have buggered up their backlist. And there's one further advert to be found, on the inside back cover, promoting a confectionery that's very close to my heart: 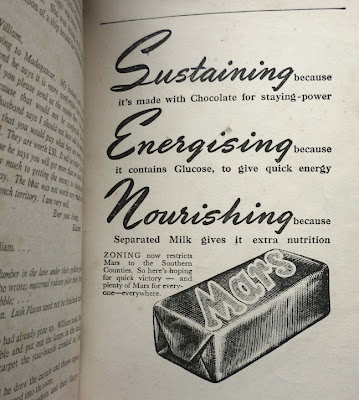 the good old Mars Bar. Although as the ad's small print states, due to wartime zoning, at the time Mars's "sustaining", "energising", "nourishing" properties could apparently only be enjoyed by citizens in the "Southern Counties". Well, at least I'd have been OK down here in Lewes. "So here's hoping for a quick victory," it adds cheerily, "and plenty of Mars for everyone – everywhere." Hear hear. 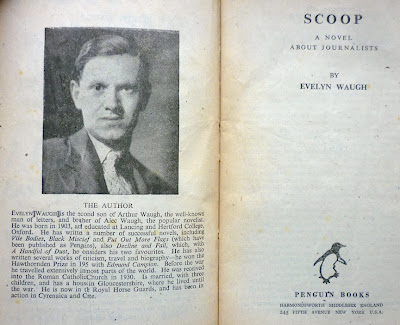 Next: finally, the Great Tom Ripley Reread resumes, with The Boy Who Followed Ripley.
Posted by Nick Jones (Louis XIV, the Sun King) at 04:00