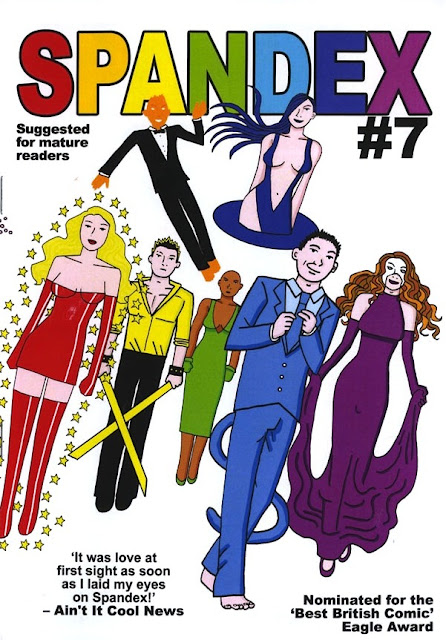 In the two years I've been posting these intermittent small press comics missives, the name of one comics creator in particular has remained conspicuous by its absence: Martin Eden. Martin's been a leading light in the British small press scene for over a decade, first with his epic superhero soap opera The O Men, more recently with his gay superhero saga Spandex; but more than that, for twelve years he's been one of my closest friends – which is why, quite frankly, it's an outrage that it's taken me this long to get round to featuring him.

I haven't ignored him completely, mind: I wrote about the publicity storm surrounding Spandex's launch in 2009, and I've mentioned the comic a couple of times since – plus I reviewed this year's splendid Titan Books hardback collection of the first three issues of Spandex. Still, an appearance in Notes from the Small Press is not only long overdue but, I have little doubt, eagerly awaited by Martin himself (ahem), so the recent publication of the seventh issue of Spandex strikes me as the perfect opportunity to right a wrong. 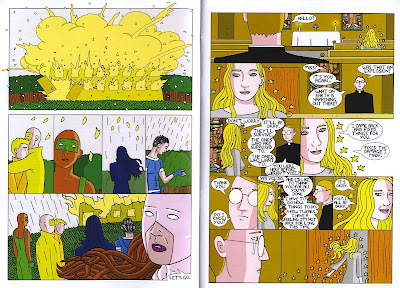 That said, if you haven't yet read Spandex, this issue is a perfectly ridiculous place to start, seeing as it's the culmination of over two years' worth of plots and subplots, with questions answered, motivations revealed and, ultimately, lives lost. The confidence of Martin's artwork and storytelling, however, is plain for all to see: clean lines, bold blocks of colour, and a tale that moves from clever fight scene to quiet character moment to explosive climax with admirable aplomb. By this point in the story the cast has become so extensive as to be verging on the unwieldy, but Martin still finds space for individual character moments (some very touching), the tying up of character arcs, and even a discussion between team leader (and cross-dresser) Liberty and Spandex stalwart Prowler on the potential ramifications of God being a lesbian. 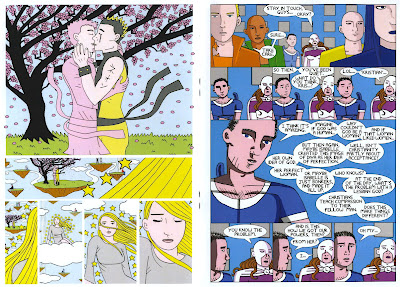 That's actually something of a spoiler if you haven't got this far in the series, an audacious twist which provided the cliffhanger at the end of Spandex #6 and prompts a number of philosophical debates and metaphysical excursions in this issue, perhaps the best of which being a two-page sequence illustrating Martin's notion of heaven: cherry blossom falling onto a tiny, floating island where one is reunited with one's soul mate. But if that makes Spandex #7 sound a bit highfalutin, fear not: the comic's innate sense of fun is never far from the fore, whether it be a disgraceful misappropriation of the "Fastball Special" or indeed a special guest appearance by Wolverine himself, telling Liberty in no uncertain terms what she can do with her invitation to join the team. 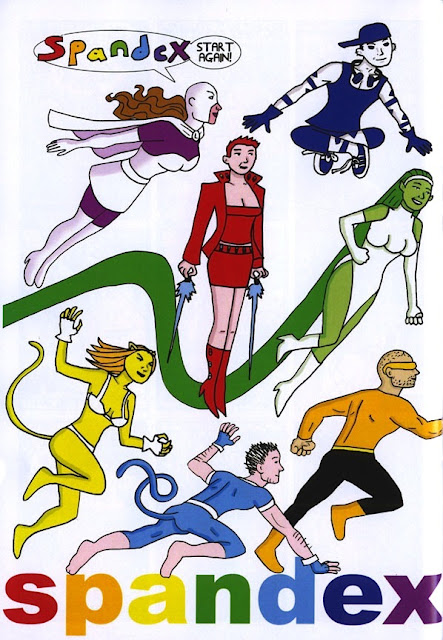 In "Little Notes from Martin" at the back, Mart is at pains to point out that this isn't, in fact, the final issue of the series; there's another one to come, a Spandex Special, due in the second half of 2013. But Spandex #7 does mark the end of this particular storyline, and so Martin has included not only a bonus mini-comic, Spandex Black and White, featuring interpretations of the team by small press stars like Paul Rainey, Grant Springford and Graham Pearce, but one of ten different badges as well (mine sports a picture of Pussy). 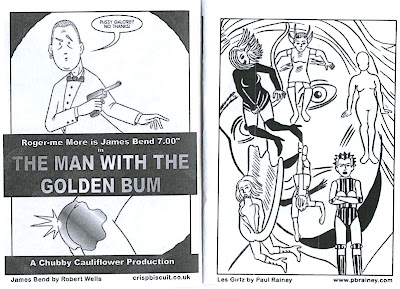 Spandex #7 is available to order for £3.20 for UK readers and $7.00 for US ones (both those prices including postage and packing) from the official Spandex website, along with all six previous issues. I can't recommend them highly enough – and I'm not just saying that because Martin and I are mates. Well, not entirely... 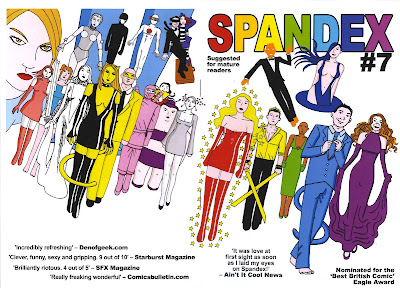 Notes from the Small Press 14: Planet 4, a Monitor Story by Chris Reynolds
Posted by Nick Jones (Louis XIV, the Sun King) at 07:39