I've just three more dust jackets to add to the Beautiful British Book Jacket Design of the 1950s and 1960s page before drawing a line under it for the time being; there are plenty of other splendid wrappers waiting in the wings, but I've been banging on about beautiful book jackets for more than a fortnight now, so best to move on to other matters, I feel, before I bore us all to bloody tears. And what better way to round off this current deluge of '50s and '60s dust jackets than with three first editions by one of my favourite authors: poet of apprehension, Patricia Highsmith. All three of the books I'll be writing about are becoming quite uncommon in UK first, and boast some of the best wrappers ever to grace a Highsmith suspense novel. And we'll begin with this: 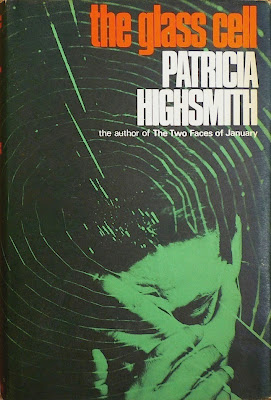 Published by Heinemann in the UK in 1965, the year after the Doubleday US first edition, The Glass Cell was Patricia Highsmith's tenth novel (including her pseudonymous 1952 lesbian novel The Price of Salt). The jacket of the Heinemann edition was design by M. Mohan, who I believe is Mon Mohan, whose design credits encompass wrappers for the 1980 Jonathan Cape edition of Russell Hoban's Riddley Walker, the 1981 Hamish Hamilton edition of Paul Theroux's The Mosquito Coast, the 1981 Cape/Hodder & Stoughton edition of John Gardner's first Bond novel Licence Renewed, and the 1983 Cape edition of Salman Rushdie's Shame.

This is actually the second copy of the Heinemann first of The Glass Cell I've bought; I acquired a cheap ex-library copy two years ago, but more recently decided to part with a tenner for a much nicer one from the British Heart Foundation charity shop in Streatham, south London, via AbeBooks. There are currently getting on for thirty copies of the Heinemann edition listed on AbeBooks, so it's not the scarcest of British Highsmith firsts, but a decent copy with a presentable wrapper can still set you back anything from £25 to £60. 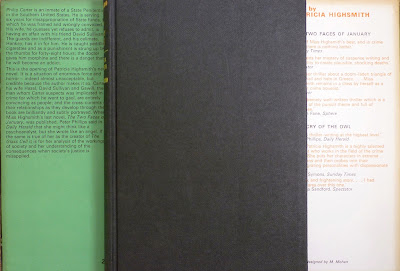 Personally, I wouldn't pay that sort of money for a first edition, because although The Glass Cell is a good novel, it's not, to my mind, one of Highsmith's best. For me, it's literally a book of two halves. The first – and strongest – half details the harrowing experiences of the lead, Philip Carter, who's been imprisoned for a crime he didn't commit; it's a vivid, convincing portrayal of what it was like to be banged up in an American penitentiary in the 1960s, as Carter is strung up by his thumbs and consequently becomes addicted to morphine. The second half follows Carter's attempts to adjust to life on the outside – reacquainting himself with his wife (who has been unfaithful) and child – and to find out who it was who framed him; there are twists and turns and a couple of murders, but the trouble is that's precisely the kind of stuff we expect of Highsmith, and so suffers by comparison.

Intriguingly, the prison part of the novel was originally longer, but was, as Highsmith reveals in Plotting and Writing Suspense Fiction (1966, later revised), cut at the insistence of her editor at Harper & Row. Although some of the other edits and revisions Harper requested were sound, cutting the jail sequences was plainly a mistake; one yearns to read those lost "solid paragraphs of description" that Highsmith refers to in Plotting and Writing Suspense Fiction – a loss felt not least by Highsmith herself, who laments the cuts as "painful, as I thought this part interesting". The irony being, of course, that Harper eventually rejected the book entirely, and Highsmith switched publishers to Doubleday. 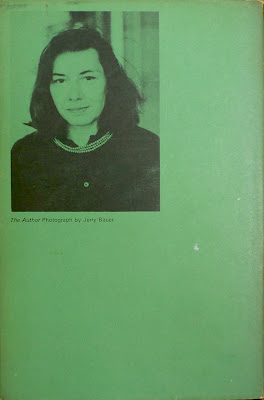 Highsmith dwells at length on The Glass Cell in Plotting and Writing Suspense Fiction, but she also makes a passing reference to the next book I'll be blogging about – although not in especially glowing terms... 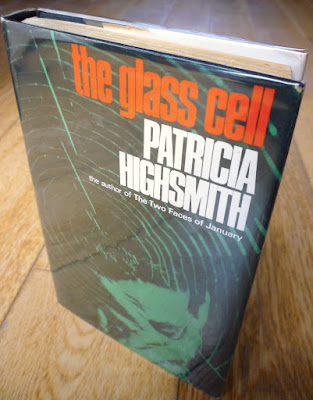