So then, as well as adding Kenneth Farnhill's splendid dust jacket for the 1964 Michael Joseph first edition of P. M. Hubbard's Picture of Millie to the Beautiful British Book Jacket Design of the 1950s and 1960s page, I've also now bunged in three further Farnhill wrappers, bringing the total number of covers up to sixty. All three new additions wrap Agatha Christie first editions from the mid- to late-1960s, and while in comparison both to Farnhill's earlier Hubbard wrapper and to many other wrappers in the Beautiful Book Jackets gallery, they're quite simple designs – bright, flat colours and bold typography combined with a decorative motif (or no motif at all in once instance) – they are, to my mind, and in their own way, iconic. Certainly when I think of Christie novels, it's jackets like these that spring to mind, rather than, say, Tom Adams's more celebrated paperback covers.

All three Christie covers, I should point out, are courtesy of the lovely Rachel; I don't own any Agatha Christies myself, but hey: what's hers – as in Rachel's, not Agatha's – is mine, although I'm not sure the reverse is necessarily true. You can see the covers in question below, along with back covers and cases/jacket flaps for reference, but I'm not quite done with Agatha Christie yet, nor P. M. Hubbard, nor indeed the subject of last week's posts, Desmond Cory. Because I'll shortly be adding yet more wrappers to Beautiful British Book Jacket Design, including a Christie jacket by a designer who's already made it into the gallery, plus some children's novels, and more besides... 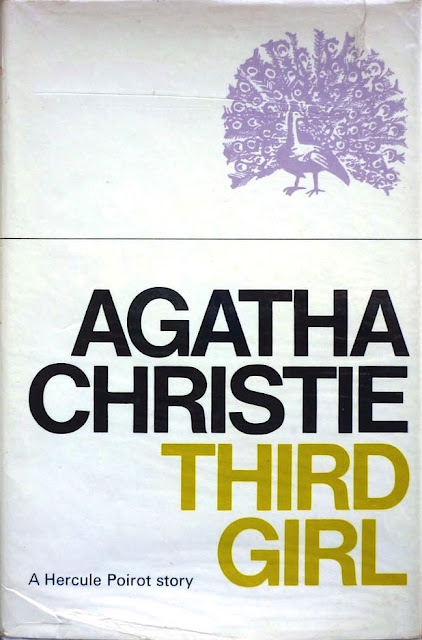 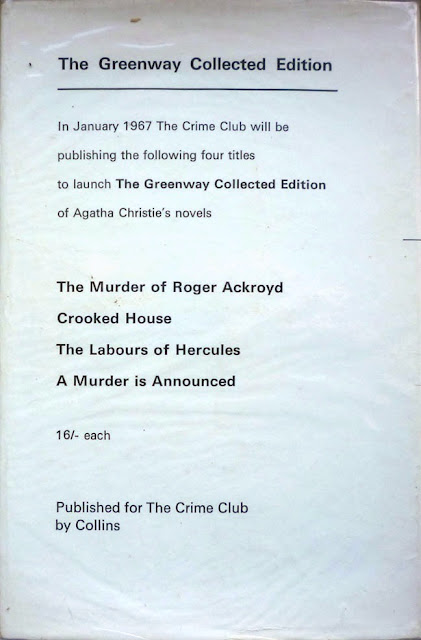 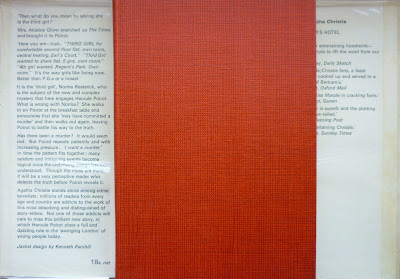 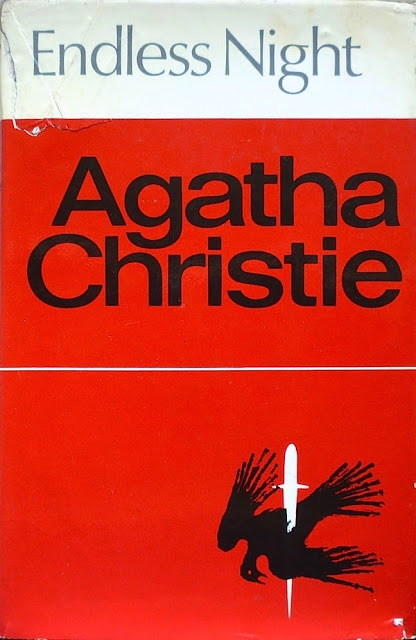 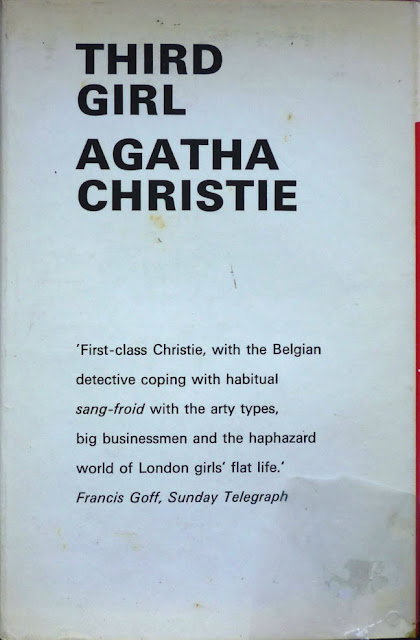 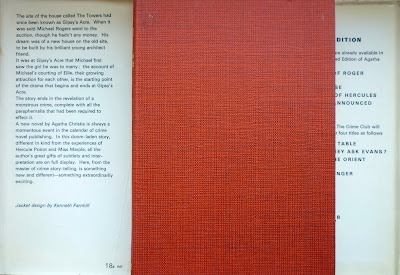 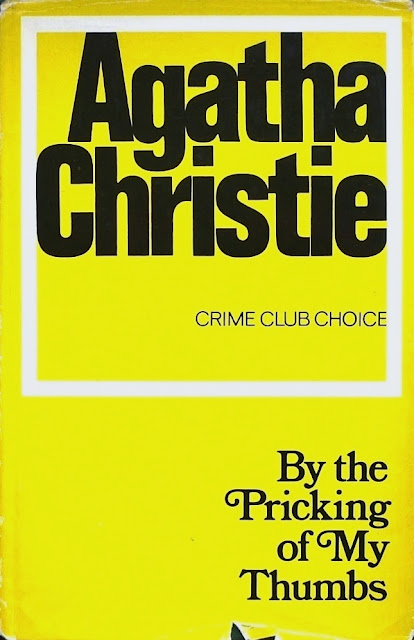 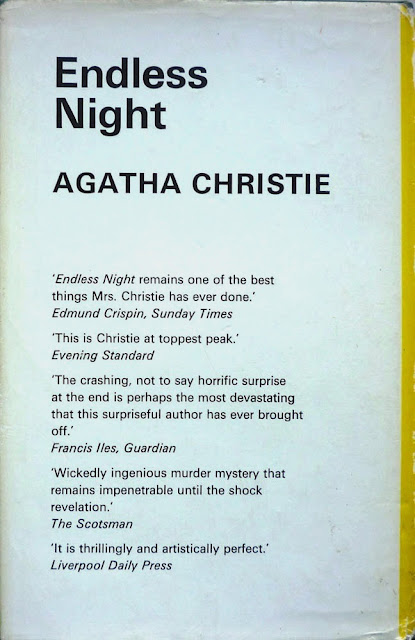 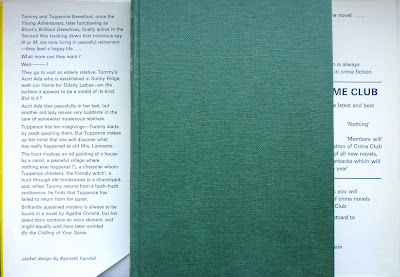 By the Pricking of My Thumbs by Agatha Christie (Collins, 1968), Kenneth Farnhill jacket design
Posted by Nick Jones (Louis XIV, the Sun King) at 07:35